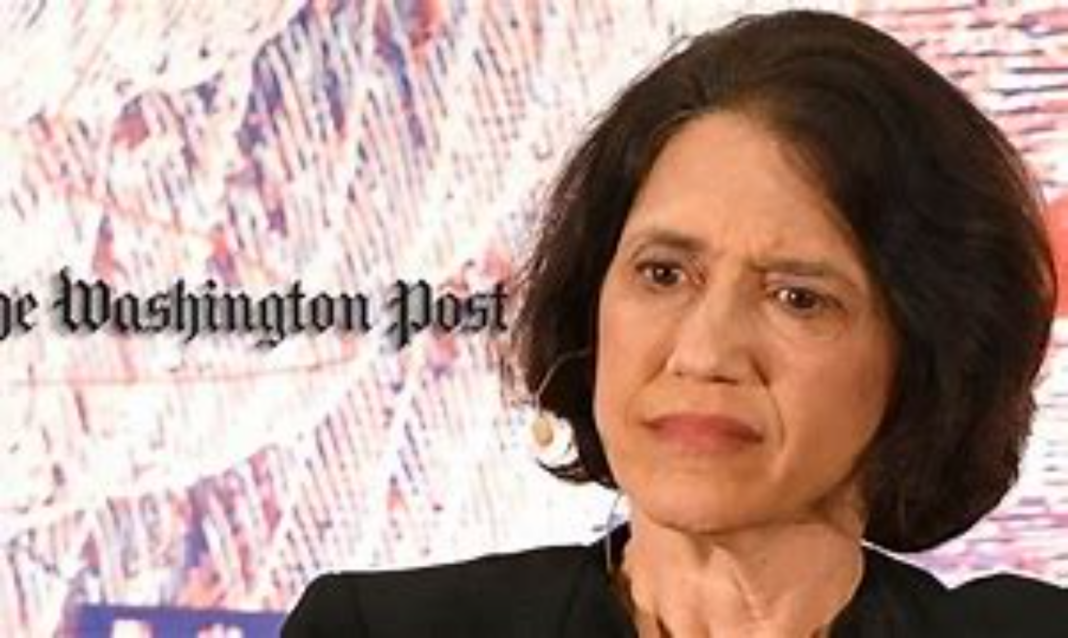 Jen Rubin has been supporting and defending the Biden administration on every possible front for months but she has really put her flack-act into high gear since Biden’s drawdown of troops in Afghanistan has turned into a disaster. I wrote about one of her earlier efforts to defend Biden here and since then she has been writing the same sort of defenses every day, sometimes twice a day including on weekends.

It’s not easy providing an unwavering defense of an ongoing disaster. Just yesterday, Rubin wrote a piece which emphasized that Biden was going to get the job done no matter what. It was titled “Biden makes it clear: Artificial limits won’t hinder his Afghanistan evacuation.” The piece was broken into five key points, the first of which was about the August 31 deadline to leave the country. Here’s Rubin:

Biden is decidedly less firm on the Aug. 31 deadline to evacuate Americans. “There are discussions going on” about extending that date, he said. While he added that he hopes an extension won’t be necessary, the date is sounding more like a goal and less like an inviolate time frame. He continued to reiterate his promise to transport all Americans and vulnerable Afghan partners out of the country, implying that U.S. forces will stay until that happens…

Overall, this adds up to a White House effort to tie the evacuation to the original, popular decision to end the fruitless war; to present the evacuation as a complex and so far largely successful endeavor conducted by professional, brave Americans; and to reduce the sense of urgency surrounding the Aug. 31 date and the physical limits of the U.S. presence.

You get the idea. Strong, decisive Biden is going to get the job done no matter what it takes.

Unfortunately for Rubin, today we learned that Biden was in fact committed to sticking to that “artificial” August 31 deadline that she just praised Biden for ignoring. So today, Rubin changed gears and praised Pentagon spokesperson John Kirby for sounding confident in the face of the deadline: “While the Aug. 31 date still looms, Kirby’s promise to ‘get as many people out as fast as possible’ did not sound so weak as it did last week.” By tomorrow, Rubin will probably be praising the administration for the strategic brilliance of sticking with the deadline.

In the meantime, she tweeted this out earlier today which makes it sound as if she has gone from flaking for Biden to flaking for the Taliban:

Taliban is asking, not telling: “We are asking the Americans, please change your policy and don’t encourage Afghans to leave,” hhttps://www.washingtonpost.com/world/2021/08/24/afghanistan-kabul-taliban-live-updates/?tid=ss_tw

The link in that tweet is broken which is too bad because if you go to the actual article from which she pulled that quote it says pretty much the opposite of what she claims it does: [emphasis added]

At a wide-ranging news conference in Kabul on Tuesday, Taliban spokesman Zabihullah Mujahid offered a set of reassurances…

He saved his harshest words for the United States, repeating the Taliban position that the group would reject any extension of the U.S. deadline of Aug. 31 to leave the country. Mujahid also said that the United States was encouraging Afghans to leave and so the Taliban was blocking them from reaching the Kabul airport.

“We are asking the Americans [to] please change your policy and don’t encourage Afghans to leave,” he said, adding that U.S. forces were acting dangerously and using gunfire to control crowds…

Although the United States is expected to decide Tuesday whether to extend an Aug. 31 deadline to leave Kabul, the Taliban position was clear, Mujahid said. “We are not going to allow Afghans to leave, and we will not extend the deadline,” he said.

So Rubin took the quote out of context to make it sound as if the Taliban were “asking not telling” but the article she pulled it from made it clear the Taliban was telling not asking. This isn’t a mistake on her part; it’s a lie of omission. But, hey, whatever it takes to defend the Biden administration.

The Armed Citizen:A Home owner Defended Himself and his Family

The Year to Come