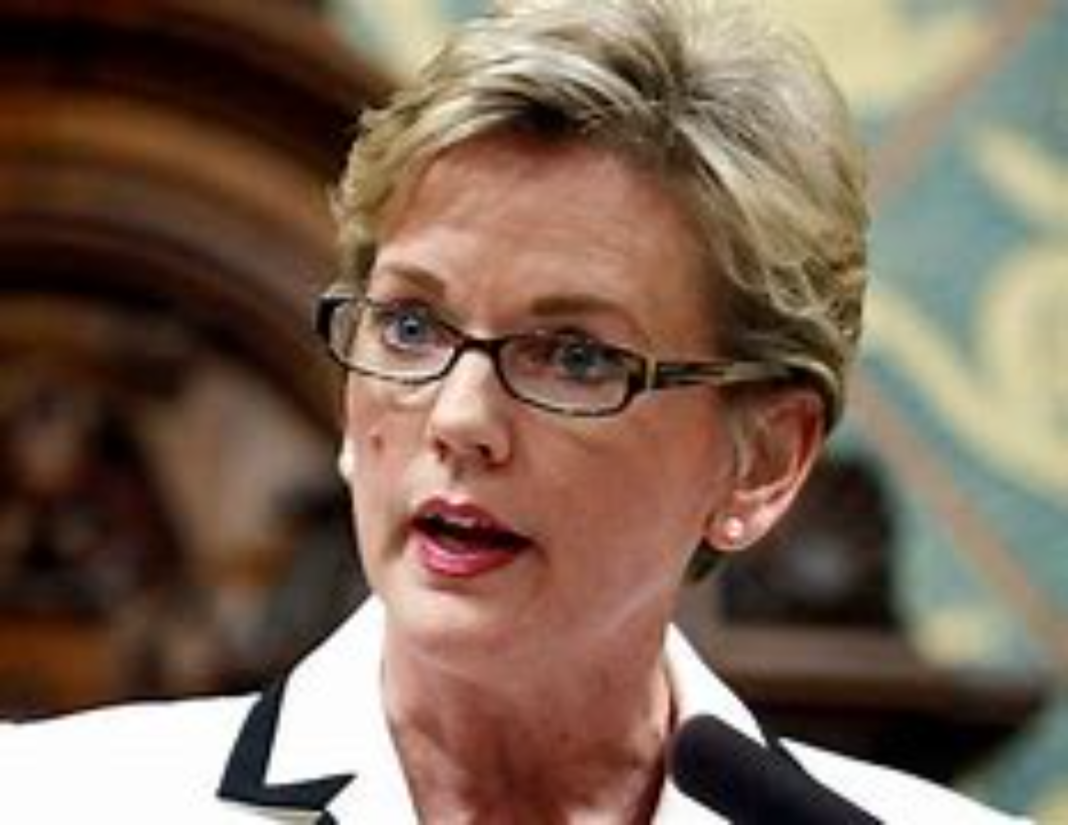 Energy Secretary Jennifer Granholm laughed out loud when asked during an interview Friday what her plan was to ease gasoline prices nationwide.

“That is hilarious,” Granholm laughed when asked by a Bloomberg anchor. “Would that I had the magic wand on this.”

Granholm then blamed Middle Eastern oil providers, repeating a Biden administration claim that oil prices are largely out of the federal government’s control. Crude oil prices, which are closely linked to both inflation and gasoline prices, surged again Friday after the Organization of the Petroleum Exporting Countries and Russian producers declined to boost output at President Joe Biden’s request.

Gasoline prices, meanwhile, increased and remained at their highest level since September 2014, according to Energy Information Administration (EIA) data released Monday. The average cost at the pump hit $3.42 per gallon on Friday, up 61.6% compared to one year ago, AAA data showed.

Heating prices for American consumers this winter are also expected to rise as a result of increased energy costs, the federal government said last month. Propane heating costs reached their highest level since 2011 in October and are expected to climb as it gets colder.

Meanwhile, the Biden administration has pushed numerous policies and executive actions — including blocking U.S. pipelines, abandoning drilling projects and banning oil and gas leases on federal lands — that have created uncertainty in the fossil fuel industry. The president has pledged to make the U.S. electric grid carbon-free by 2035 and achieve net-zero emissions economy-wide by 2050.

Biden’s actions have made the U.S. increasingly dependent on foreign sources of oil, evidenced by his calls for OPEC and Russia to up supply, according to critics. The U.S. has an estimated 47.1 billion barrels of oil reserves nationwide, the EIA said in an annual report in January.

“Millionaire Energy Secretary Granholm laughs as she acknowledges that the Biden regime has put OPEC back in charge of global oil production and soaring prices that are harming non-millionaire Americans. Under President Trump, American frackers were large and in charge of both, and prices were low,” Steve Milloy, a former member of the Trump transition team, said in a statement.

“No US government official has ever thrown up their hands and cackled at Americans being gouged at the pump,” he continued. “Of course, no American President has purposefully gone out of his way to empower OPEC either.”