Roce Today – Politics, Opinions, Gun Rights,Pro-Life and Border Wall
Home Politics Jeremy Brown:”Anyone Who Stands Up Against Their Agenda Will Be Taken Down” 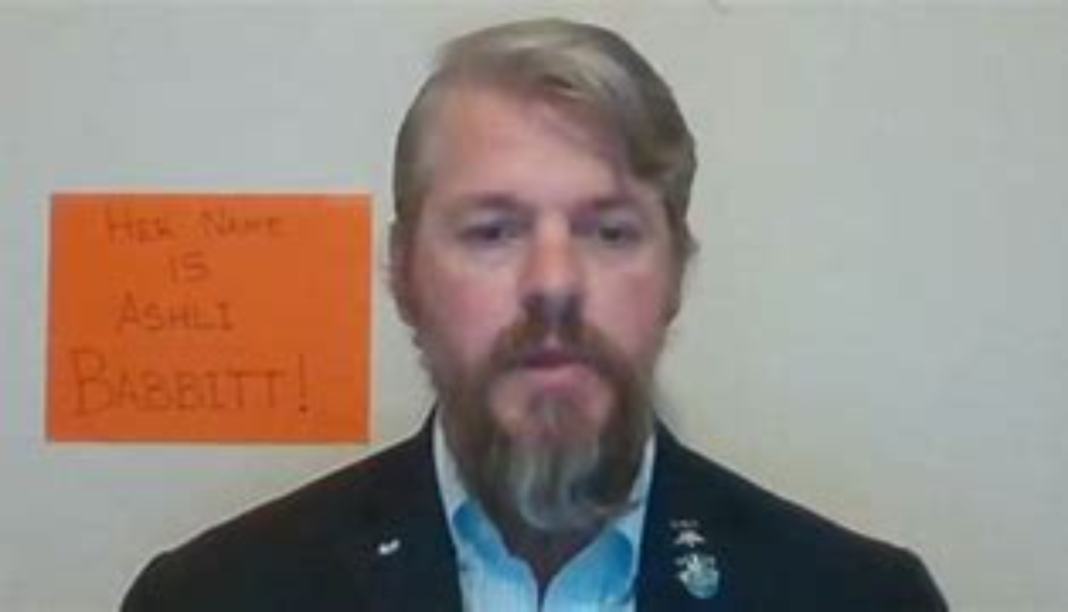 On Thursday afternon, September 30, at 3:45 PM Eastern, the 40 to 60 agents from the FBI, DOJ and local police raided retired Army Ranger Jeremy Brown’s home and arrested Jeremy in Florida. The charge was misdemanor trespassing from an event he attended 10 months earlier. We were notified by his family and an attorney following the raid.

The FBI searched Jeremy’s home, RV, and trailer. And then they arrested Jeremy and took him away.

His family contacted The Gateway Pundit the next morning.

Jeremy Brown is a Green Beret and former Republican candidate for Congress in Florida’s 14th Congressional District. Brown served in the United States Army from 1992 to 2012 and reached the rank of Special Forces Master Sergeant.

Jeremy Brown NEVER entered the US Capitol on January 6. His crime was refusing to be an FBI informant — as we described previously.

On Wednesday Jeremy Brown called The Gateway Pundit from his jail cell in Pinellas County Florida. We spoke for 20 minutes.

This was an amazing interview – please take time to listen to Jeremy’s phone call below.

Here’s what Jeremy told us:

* After 20 years of active duty I never expected to be a prisoner of war in my own country but here we are so I’m going to make the most of it.

* There is no way they will give me bond. They are treating me like a domestic terrorist… The federal government will not likely let me out of jail because they know exactly what I’ll do and that is to continue to srcream from the mountains that this is going on. And I’ll warn Americans that this is what happens when your federal government comes to you and wants to infiltrate law-abiding citizens and you refuse and you start to tell the public about their corruption.

* What the government wants the narrative to be is that I am out there running terrorist camps, that I’m at war. I want to warn Americans that this war has been going on for a very long time and basically Americans aren’t listening. It is an addiction to unrestrained federal power. Our federal government has lost its constitutional bearing… We live in insane times Jim. Today them, tomorrow you. It started with Jan. 6 protesters and now it’s literally parents who go to school boards and complain about the direction of their children’s education… It’s like what Hitler said, If you control the children you control the women – if you control the women you control the men. This is how the incrementalism of tyranny takes hold. Like Thomas Jefferson said when asked how much tyranny, how far will tyranny go? He said it will go as far as you allow it to… They don’t want us uniting and realizing our own liberty is as stake.

* The plot was they charge me with misdemeanor trespassing, right? So that’s what they have the arrest warrant to show. Of course, they wait until 9 months later… It took 9 months for the joint terrorism task force, the FBI, Department of Homeland Security, etc. to prosecute an arrest warrant on misdemeanor trespassing. They brought a search warrant for a misdemeanor, 900 miles away that they already have proof of. Approximately, 40 to 60 agents searched my property for 5 hours. We have things on video that I don’t want to discuss here. But the reality is they violated my constitutional right to 1.) show the search warrant 2.) say what they are searching for and where they are searching for it at. And then they miraculously found a couple of items that I would say qualify as legal under the second amendment of the United States. Because we know your right to bear arms shall not be infringed… But then the third charge is something that is much more diabolical, and again I won’t go into the details. But let’s just say things magically appeared that they found in the search warrant.

* Jeremy Brown told Gateway Pundit he will not say over the phone that the feds planted evidence, then added this, “But I will say, I will be able to make the case that their accusation is false …Anyone who stands up against the agenda is going to be taken down.”

Biden handover Afghanistan to the Taliban terrorist, what next? The White...