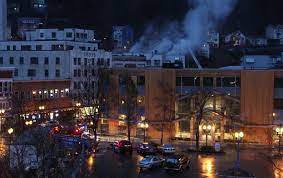 A 7-year-old boy was killed and his three siblings seriously injured in an apartment fire in the northern town of Jisr az-Zarqa on Saturday evening.

According to Hebrew-language reports, the three young children were in serious but stable condition, suffering from burns and smoke inhalation.

Additionally, a 47-year-woman was taken to hospital for treatment, police said. There were no details given on her condition.

According to Channel 12 news, the fire had been extinguished and neighbors had brought the children to the entrance of the building by the time medics arrived.

The investigation into how the blaze started was said to be focused on a mattress in one of the bedrooms. The report did not say how investigators believed the fire may have been ignited.