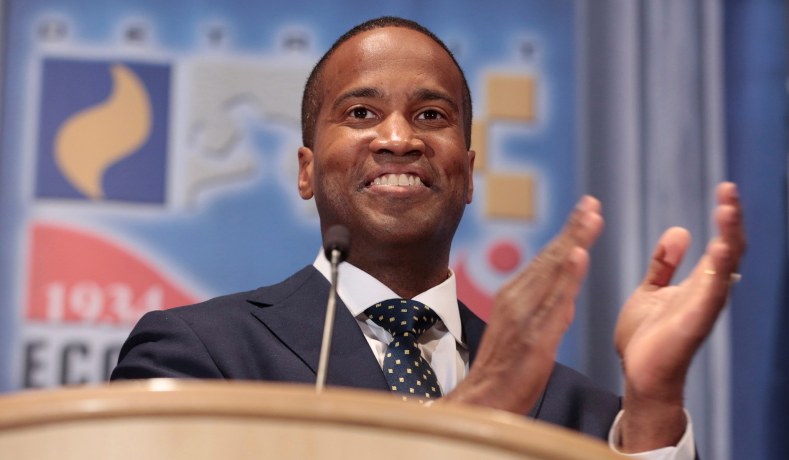 John James is reportedly exploring a run for governor of Michigan in 2022. This makes sense. True, James lost statewide elections in both 2018 and 2020, in each case running against incumbent Democratic senators. But James made relatively strong showings. He got 48.2 percent of the vote in 2020, losing by 1.7 percentage points and running half a point ahead of Donald Trump. In 2018, against the more-entrenched Debbie Stabenow, James got 45.8% percent of the vote. These are the two best showings by a Michigan Republican senate candidate since Stabenow defeated Spencer Abraham in 2000, and James improved with more exposure to the voters. With the Democrats now holding the presidency, the climate should be more favorable in the 2022 midterm, and Republicans have had more success in gubernatorial than Senate campaigns in Michigan, with Rick Snyder winning two terms in 2010 and 2014. Without a lot of other obvious strong candidates, the Michigan GOP may as well try James one more time.

The incumbent, Gretchen Whitmer, is still reasonably popular despite many controversies over her lockdown policies, but she is hardly invulnerable. A Detroit News poll taken February 3-6 gave Whitmer a 58 percent approval rating. An EPIC-MRA poll released March 2 had her approval rating at 52 percent and showed a 69–26 margin disapproving of the condition of the state’s economy. A Marketing Resource Group poll released March 23 showed Whitmer’s approval rating down five points to 53 percent, with voters by a 47 percent to 44 percent margin saying the state is on the wrong track. Whitmer would clearly win reelection today with these numbers, but the trendline is not great and there are 19 months until the midterm elections. As Jim Geraghty details, the latest surge in COVID-19 cases in Michigan is just one of a number of items of evidence that “Whitmer looks less like a rising star and more like another example of a Democratic governor with a laughably ridiculous media-hype-to-results ratio.”

James versus Whitmer would instantly become one of 2022’s top-tier races.

Organ Transplant Patients: third dose of the vaccine could protect them...

Barclays:CEO steps down over ties with Jeffrey Epstein