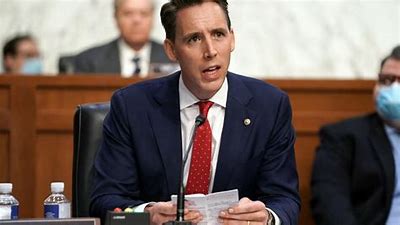 But beneath all the political glamour is a questionable past, and Senator John Hawley just put it out there for everyone to see.

As Hawley points out, Ketanji Brown Jackson has quite a history with rulings on child sex offenders.

Jackson has even gone against federal guidelines for sentencing and has significantly shortened their times.

Check out what Hawley had to say:

As far back as her time in law school, Judge Jackson has questioned making convicts register as sex offenders – saying it leads to “stigmatization and ostracism.” She’s suggested public policy is driven by a “climate of fear, hatred & revenge” against sex offenders

In her time on the U.S. Sentencing Commission, Judge Jackson said she “mistakingly assumed that child pornography offenders are pedophiles” and she wanted “to understand this category of nonpedophiles who obtain child pornography.”

In United States v. Cooper, in which the criminal had more than 600 images and videos and posted many on a public blog, the Guidelines called for a sentence of 151-188 months. Judge Jackson settled on 60 months, the lowest possible sentence allowed by law.

I’ve been researching the record of Judge Ketanji Brown Jackson, reading her opinions, articles, interviews & speeches. I’ve noticed an alarming pattern when it comes to Judge Jackson’s treatment of sex offenders, especially those preying on children

Overall, this is a pretty horrifying peek into a Supreme Court nominee’s past.

Can you imagine the outrage if one of Trump’s nominees had a past like this?

I mean, they tried to drag Kavanaugh down in a high school yearbook, and with Jackson, you have piles upon piles of examples on her shaky ethics, and yet, they put her up on a pedestal.