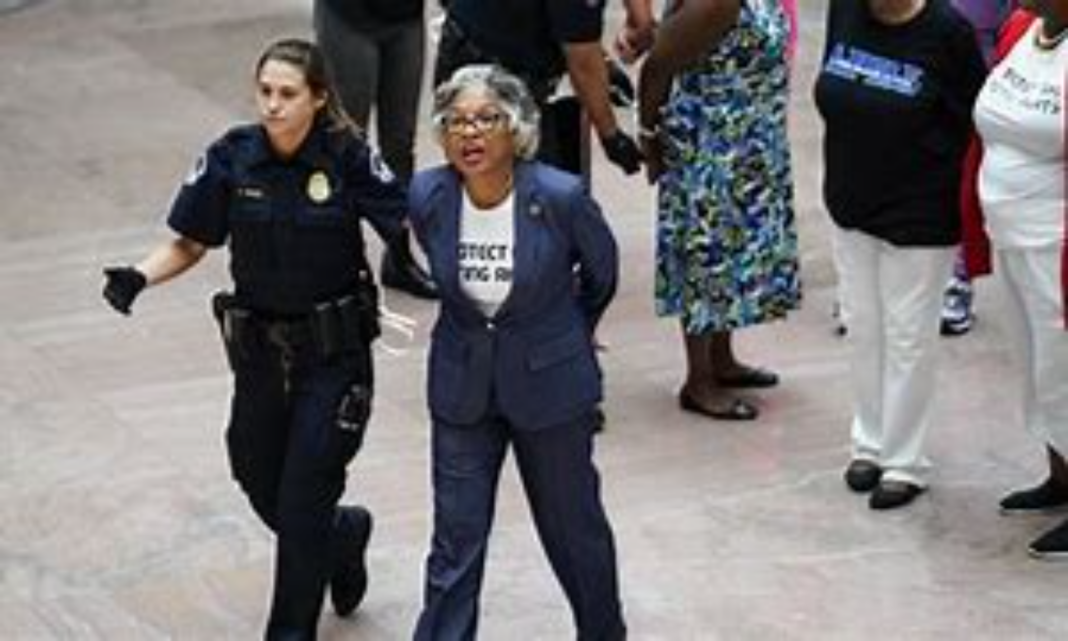 Rep. Joyce Beatty (D-OH), along with others, was arrested in the Hart Senate Office Building by Capitol Police on Thursday after she led a protest into the building.

Politico reporter Nicholas Wu shared a photo to social media of Beatty’s hands being zip-tied together by Capitol Police officers shortly after a video of Beatty was shared to Twitter showing her standing alongside other activists chanting, “end the filibuster!”