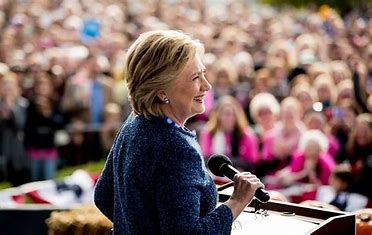 So far it’s just a procedural win but it could turn into a bigger win for John Durham’s case against Michael Sussmann. The judge in the case has agreed to privately review documents which lawyers for the 2016 Clinton Campaign and Fusion GPS claim are covered under attorney-client privilege.

Judge Christopher Cooper said Wednesday he would grant the government’s motion, arguing he did not believe it was breaking attorney-client privilege for him to review the records in dispute in an “in camera” setting, away from the public and the press.

The Clinton lawyers have claimed that Fusion GPS was hired solely for legal services that included advising the campaign on defamation and libel laws, which is clearly nonsense. As the judge pointed out, there’s evidence directly from the founders of Fusion GPS that the company did more than just give legal advice:

The judge quoted from an email by [Fusion GPS co-founder Peter] Fritsch to a reporter in October 2016 in which the Fusion co-founder said to “do the f***ing Alfa bank secret comms story.”

The judge said: “How is that assisting Mr. Elias providing legal advice? … That is assisting a media strategy.”

The judge said he was “not convinced” that the Clinton campaign should just have a blanket assertion of privilege.

Durham has some additional support for that claim that Fusion GPS did more than just offer legal advice covered by privilege. In February the FEC fined the DNC and the Clinton campaign for mislabeling their expenditures:

The Federal Election Commission has fined the Democratic National Committee and Hillary Clinton’s 2016 campaign for lying about the funding of the infamous, and discredited, Russian “dossier” used in a smear attempt against Donald Trump weeks before he shocked the world with his 2016 presidential victory.

The election agency said that Clinton and the DNC violated strict rules on describing expenditures of payments funneled to the opposition research firm Fusion GPS through their law firm.

A combined $1,024,407.97 was paid by the treasurers of the DNC and Clinton campaign to law firm Perkins Coie for Fusion GPS’s information, and the party and campaign hid the reason, claiming it was for legal services, not opposition research.

Durham included a copy of that FEC decision in a filing he made with the court earlier this week:

Durham’s motion attached recently public FEC filings, including the FEC’s “conciliation agreement” with the DNC and Hillary for America. The FEC found “probable cause to believe” the Clinton campaign and the DNC improperly reported their payments to Perkins Coie for Fusion GPS’s opposition research as “legal and compliance consulting,” the special counsel said.

The special counsel said evidence at trial, set to begin this month, will show that beginning in late July 2016, Sussmann, Joffe, and “agents of the Clinton campaign” were “assembling and disseminating the Russian Bank-1 allegations and other derogatory information about Trump and his associates to the media and the U.S. government.” The special counsel said he will “establish that these efforts amounted to a joint venture.”

It certainly sounds like team Clinton is going to lose this round. They were fined for not labeling their expenditures accurately and the judge is aware Fusion GPS did more than offer legal advice. More to the point, it seems Durham’s team already has concrete evidence Sussmann lied to the FBI. If the judge gives Durham the documents he wants I think the next question becomes whether Sussmann will fall on his sword or if he’ll decide to make a deal to cooperate with Durham. That has to be the ultimate point of all of this. And if Sussmann starts cooperating there’s no telling what we’ll find out next.

Durham Report: fight to regain our freedoms today in America