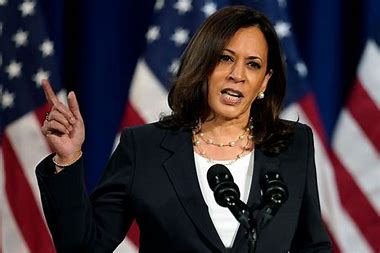 Well, to be fair, Kamala Harris really can’t answer questions on any subject so failing to even try to answer a Fox News producer’s question about Joe Biden’s decision to cancel student loan debts is par for the course. It is fair that Kamala was asked the question because it is being reported that she was the one who convinced Biden to take the unconstitutional and likely illegal action. She teamed up with Chuck Schumer and Elizabeth Warren, possibly Senator Warnock, too, to encourage Biden to fulfill his campaign pledge. Janet Yellen and Jill Biden advised against it.

Kamala and her husband Doug were making an appearance for the Artemis 1 launch in Florida on Monday. The launch was scrapped but Kamala didn’t escape the press. The Fox News producer asked her why the government has not provided concrete information about where the money will come from for the loan cancellations. She dove right into a standard Democrat talking point.

“Well, let’s start with this. First of all, a lot of the same people who are criticizing what we rightly did in following through on a commitment that we made to forgive student loan debt, are the same people who voted for a tax cut for the richest Americans,” Harris said.

“So when we look at who is benefiting from this, 90% of the people who are going to benefit from student loan forgiveness make under $75,000 a year,” the vice president continued. “And that debt has been the reason that they’re unable to start a family, buy a home and pursue their piece of the American dream.”

This is the only consistent answer that is coming from Democrats put on the spot over the financing of Biden’s sop to younger voters. He is also aiming to motivate black and brown voters to get out and vote for Democrats in November. The racist tendency in Biden forgets there are poor and lower income white voters, too. He assumes all low income people are people of color. This was clearly a bribe for voters as the November midterm elections approach.

The tax cuts referenced by Democrats during the Trump administration benefitted all economic demographics. Democrats want to cynically say that they only benefitted wealthy Americans or those who they deem unworthy of tax cuts. The truth is that all income brackets benefitted. The economy took off like a rocket. Home ownership exploded. Small businesses were created at record pace. The stock market soared. The numbers don’t lie. All boats were lifted. Democrats refuse to admit it because… Trump. His economic policies worked. It soon became clear the benefits of a businessman in the White House as opposed to a politician who has never held a regular job in his life. In contrast, Joe Biden’s lack of understanding of basic economic principles is staggering.

One White House official tried to explain that the debt cancellation will be paid for in the long term. Bharat Ramamurti, deputy director of he Naitonal Economic Council, said the plan is “fully paid for” in deficit reduction the administration projects for the year. However, the plan calls for the government to forgive the debt. Taxpayers are on the hook for the principal and interest dumped on top of the already existing U.S. debt – nearly $31 trillion.

Generous Joe also extended a pause on student loan payments through the end of the year. The Department of Education announced a proposal that allows borrowers to cap undergrad loan repayment to 5% of their monthly income. Both of these announcements add to the cancellation cost. It all adds up to a really expensive voter bribe aiming at the November midterm elections. Will grateful young voters show up and thank Democrats with their votes? We’ll see. Young people are notorious for not showing up to vote, though Biden did increase their numbers in 2020 with all his promises of “free” handouts.

Michigan Governor: threatens profit seizure if the pipeline is not shut...