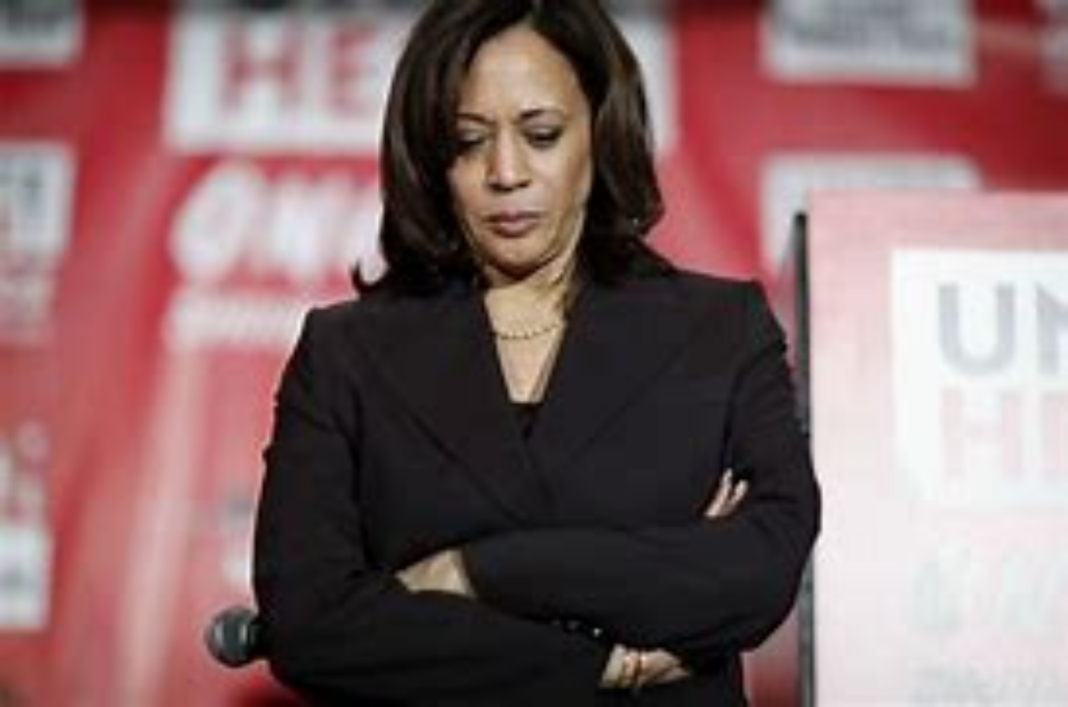 Kamala Harris invited all 24 female senators to a Girls Night Out on Tuesday night – a dinner at the Vice President’s residence. All but three of the sixteen Democrats and eight Republicans accepted the invitation. By all accounts, it was a lovely evening with good food, wine, and conversation. It was billed as an evening of relationship building.

Not to be the skunk at the garden party but, why? Why was it suddenly important for Kamala to revive an old tradition among the women serving in the Senate? The dinner marked the first time she entertained lawmakers at the U.S. Naval Observatory, her home while she is vice-president. She and the Second Gentleman (or whatever we are to call him) only moved into their government housing in April – there were renovations Kamala wanted before they moved in.

Nothing but smiles when the first woman Vice President invites a bipartisan group of women Senators over for dinner.

Thank you for having us, @VP Harris! pic.twitter.com/tgjBEqJ4cr

What was on the menu? Well, Senator Debbie Stabenow was downright giddy that Kamala is reported to have made the cheese puffs herself.

Our Vice President even made the cheese puffs herself!
And they were so good! pic.twitter.com/hK0pgonBTA

The swooning from Kamala fans on social media was over the top. She is vice-president and she makes cheese puffs? Not all heroes wear capes, you know.

Each senator had to present a negative COVID test.

At one time, the women senators regularly held these bipartisan dinners. Senators Barbara Mikulski (D-Md.) and Kay Bailey Hutchison (R-Texas) began the tradition. They were hosted at the home of a different senator every six weeks, with each lawmaker bringing a different dish. When Mikulski retired in 2017 the tradition faded. It’s no coincidence that by that time, the country was deeply divided and there wasn’t a lot of desire for bipartisanship in government.

Two Republican sources said the bond between the women started to fracture with the aggressive campaigning against former Sen. KELLY AYOTTE (R-N.H.) in 2016, and then worsened during the 2020 election cycle with the fight against Sen. SUSAN COLLINS (R-Maine). One of the Republican sources said there was an “unofficial pact” that the women wouldn’t campaign against each other aggressively.

Another complicating factor was that four Democratic senators were running against each other for president in 2020 — Harris, KIRSTEN GILLIBRAND (D-N.Y.), AMY KLOBUCHAR (D-Minn.) and ELIZABETH WARREN (D-Mass.). The pandemic also kept the women apart.

“The sisterhood has certainly faded,” one of our sources said.

Another source said it’s been difficult to get together because the number of women attending the dinner has expanded substantially. When the dinners started in the 1990s there were fewer women. Now women make up almost a quarter of the Senate, making it more difficult to organize.

Here’s the thing – it was a team-building exercise. We get it. The senators made a point of saying it was about building on their relationships as women in the Senate, not a policy meeting. However, the reason they were there in the first place is that they are all politicians. That is what binds them. While politics may not have been specifically discussed, it was certainly in the background. Senator Tammy Baldwin, for instance, brought the beer. The ladies were celebrating Kamala as the first woman VP, which is fine, but in order to make her gesture of support, Baldwin brought along a beer named in honor of Kamala by a Biden-supporting brewery. Oh yeah, the brewery has a SuperPAC “which is working to defeat Senator Ron Johnson and other Republicans up for reelection next year.”

Baldwin brought Harris a four-pack of “,la” (as in “comma-la”) from Wisconsin’s Minocqua Brewing Company. The beer pays homage to Harris, featuring a stylized image of her on the can. “It’s the strongest beer we could make, a 9.7% alcohol by volume imperial (we prefer Vice Presidential) stout,” the brewery boasts on its website.

(The brewery also sells an “inoffensive,” comparatively weaker “Biden Beer” that’s just 5.5 percent alcohol and a “Bernie Brew” that’s 6.5 percent. The company donates 5 percent of its profits to the Minocqua Brewing Company SuperPAC, which is working to defeat Sen. RON JOHNSON and other Republicans up for reelection next year.)

Biden beer, Bernie brew, Kamala beer, Super PAC working against Republicans? How’s that for nurturing bipartisan bonding? Senator Baldwin simply used her money to support a company she aligns with politically. Then she brought it to a bipartisan dinner. Nothing to see here, just move along.

So, why now, Kamala? Is it because Biden’s domestic agenda is pretty much dead in the water if he is waiting to garner bipartisan support? That would be a reasonable guess. Biden has been a disaster overseas so Kamala was able to change the story a little by garnering publicity for her dinner with the women. Senator Marsha Blackburn (R-TN) said even though she was ranked as the most conservative in the Senate and Kamala was ranked the most liberal, she (Blackburn) enjoyed the evening. However, if any policy had been discussed, she would have brought up the Biden border crisis.

Afterward, Tennessee Republican Sen. Marsha Blackburn told Fox News that Harris was a gracious host and that the dinner was a “lovely event,” while adding that it “wasn’t a policy discussion at all.”

“But if she had brought up policies, I would’ve loved to have said, ‘Madame Vice President, you need to get to the border. You need to talk to the Border Patrol,’” Blackburn said Tuesday night in an interview with Fox News’ Sean Hannity.

Pushed on whether there was any policy talk, Blackburn said it was an “evening of relationship building.”

Kamala desperately needs Biden’s agenda to pass, especially the infrastructure bill because she has been put in charge of making sure it gets through the Senate. Biden referenced her relationships with the senators when doing so. The truth is that she was one of the more outspoken partisan Democrats and didn’t think twice about trashing the GOP. I don’t think she had any close relationships with Republican lawmakers. She’s a bad politician.

Democrats like to say that Republicans are the Party of No. The truth is that Republicans more easily bend than Democrats in Senate negotiations – look no further than Senators Murkowski and Collins. They, along with Senators Romney, Graham, Portman, and Cassidy frequently vote with Democrats. The same cannot be said of any Democrats. Senator Manchin talks a good game but when push comes to shove, he votes with Democrats. Usually, Senator Sinema does, too. By the way, Sinema didn’t attend Kamala’s soiree. She begged off due to a recently broken foot. The other two that were absent were Republicans Cynthia Lummis of Wyoming and Cindy Hyde-Smith of Mississippi.

Republicans are willing to support true infrastructure bills but not the current woke version from the Democrats which includes every social engineering program under the sun. Let’s hope they all stand firm and Joe Manchin is truthful when he says he’ll not support an infrastructure bill with only party-line support. Bridges and roads, yes. Universal daycare and nanny state giveaways? No.

Maybe instead of hosting photo op dinners, Kamala should hop on Air Force Two and take a little trip to the southern border. She could pack a few cheese puffs for the road.

North Korea: They will be no negotions with U.S