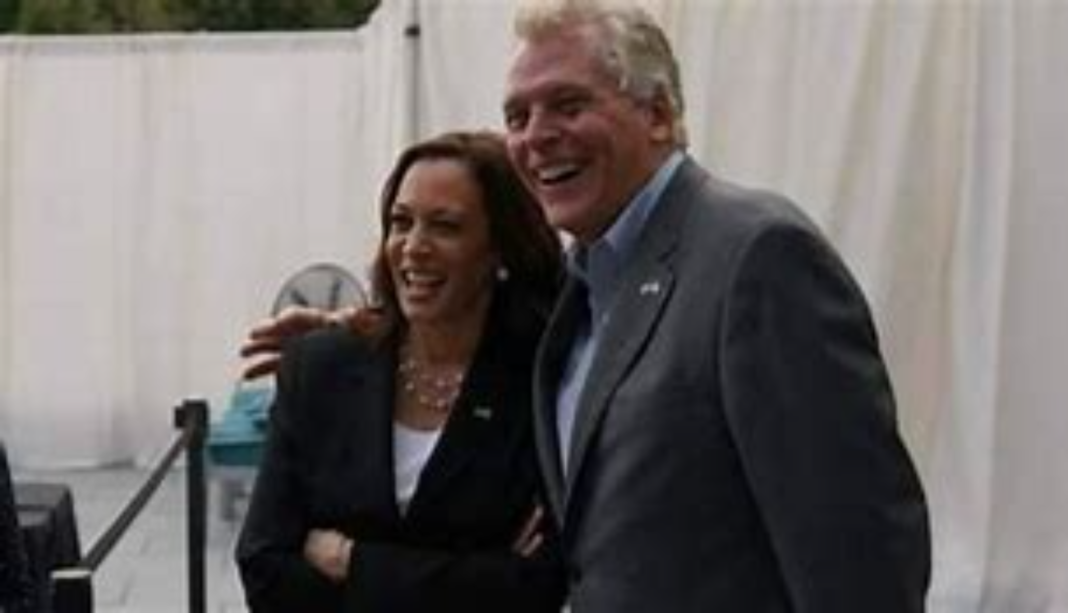 Kamala Harris recorded a video to be played at over 300 Black churches across Virginia urging worshipers to vote for Democrat gubernatorial candidate former Governor Terry McAuliffe, who is caught in an unexpectedly tight race with the Republican candidate, businessman Glenn Youngkin. Recent polls show the race a dead heat with each having leads inside the margin of error.

Harris calls on churchgoers to vote for McAuliffe after church.

NEW — More than 300 Black churches across VA will hear from @KamalaHarris btwn Sun. and November 2 in video message that will air during morning services as part of outreach effort aimed to boost @TerryMcAuliffe.#VAGOV

This year is the first that Virginians can vote on Sundays, making it easier for Democrats to do their traditional ‘Souls to the Polls’ voter drive at Black churches.

Excerpt from CNN report on the Democrats’ efforts to ensure a McAuliffe win:

More than 300 Black churches across Virginia will hear from Vice President Kamala Harris between Sunday and election day in a video message that will air during morning services as part of an outreach effort aimed to boost McAuliffe.

In the video, first obtained by CNN, Harris said her time growing up in Oakland’s 23rd Avenue Church of God taught her it was a “sacred responsibility” to “lift up the voices of our community.”

“I believe that my friend Terry McAuliffe is the leader Virginia needs at this moment,” says Harris, before praising McAuliffe’s “long-track record of getting things done for the people of Virginia.”

This election is the first year Virginians will be able to vote on Sunday.

Excerpt from IRS statement on churches and politics:

The ban on political campaign activity by charities and churches was created by Congress more than a half century ago. The Internal Revenue Service administers the tax laws written by Congress and has enforcement authority over tax-exempt organizations. Here is some background information on the political campaign activity ban and the latest IRS enforcement statistics regarding its administration of this congressional ban.

In 1954, Congress approved an amendment by Sen. Lyndon Johnson to prohibit 501(c)(3) organizations, which includes charities and churches, from engaging in any political campaign activity. To the extent Congress has revisited the ban over the years, it has in fact strengthened the ban. The most recent change came in 1987 when Congress amended the language to clarify that the prohibition also applies to statements opposing candidates.

Currently, the law prohibits political campaign activity by charities and churches by defining a 501(c)(3) organization as one “which does not participate in, or intervene in (including the publishing or distributing of statements), any political campaign on behalf of (or in opposition to) any candidate for public office.”

The IRS has published Revenue Ruling 2007-41 PDF, which outlines how churches, and all 501(c)(3) organizations, can stay within the law regarding the ban on political activity…