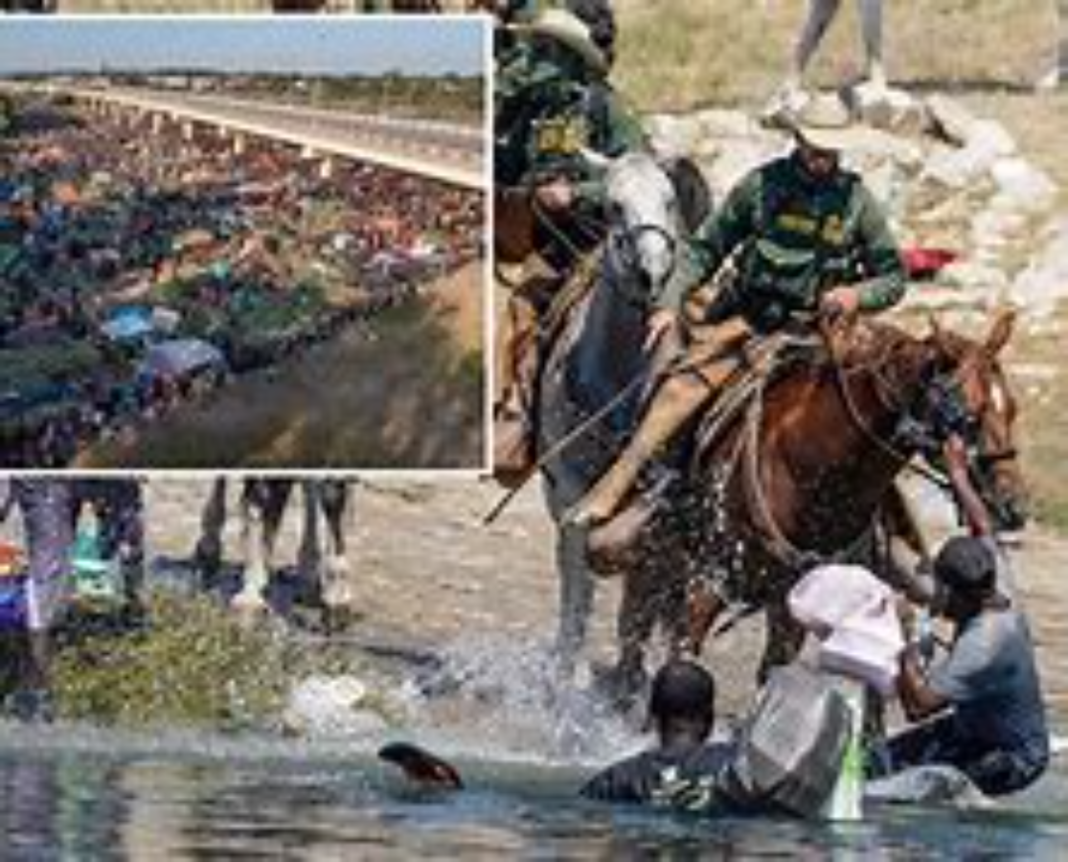 After ignoring the migrant crisis at the border for a week, border czar Kamala Harris ripped into Border Patrol agents for attempting to secure the Texas border. Harris made her comments to reporters during a visit to tony Chevy Chase in upper Northwest Washington, D.C. to highlight the struggles of wealthy upper class professionals.

CBS reporter Tim Perry posted video of the visit and his softball questions to Harris on the border crisis.

Tim Perry, “Madame, Madame Vice President, do you have any reaction to the Border Patrol agents using horse reins to rein in Haitian migrants down at the southern border?”

Kamala Harris, “What I saw depicted about, of those individuals on horseback treating human beings the way they were was horrible. And, um, I fully support what is happening right now, which is a thorough investigation into exactly what is going on there. But human beings should never be treated that way, and I’m deeply troubled about it. And I’ll also be talking to Secretary Mayorkas today about it.”

Perry, “And just, as your role, you know, uh, stemming migration from the, um, from Central America are you also going to be looking into, you know, looking at migration issues in Haiti as well?”

Harris, “Well, listen, the whole point is that we have to understand Haiti. I mean, talk about a country that has just experienced so much uh, tragedy that has been about natural disasters, that the, the head of state assassinated, and we really have to do a lot more to recognize that as a member of the Western Hemisphere we’ve got to support some very basic needs that the people of Haiti have to get back up and to um, and to do what folks naturally want to do, be they from Haiti or in the countries in Central America. People want to stay home, they don’t want to leave home, but they leave when they cannot satisfy their basic needs. So yes, this is a concern.”

Harris was not asked about, nor did she comment on the Biden-Harris administration packing the thousands of mostly Haitian migrants into a squalid open air internment camp in Del Rio, Texas without adequate food and shelter.

A migrant sits in his shelter after waking up amid others waiting to be processed in a makeshift camp along the International Bridge, in Del Rio, Texas. Photo by @adreeslatif pic.twitter.com/Evfkanl1A7

Babies crying — a lot of ppl at the border camp are families w young children. A volunteer who runs a respite center said she’s seen many pregnant women as well. Some w medical emergencies have been taken to the hospital. (sound up) pic.twitter.com/6HxtOZXxf7