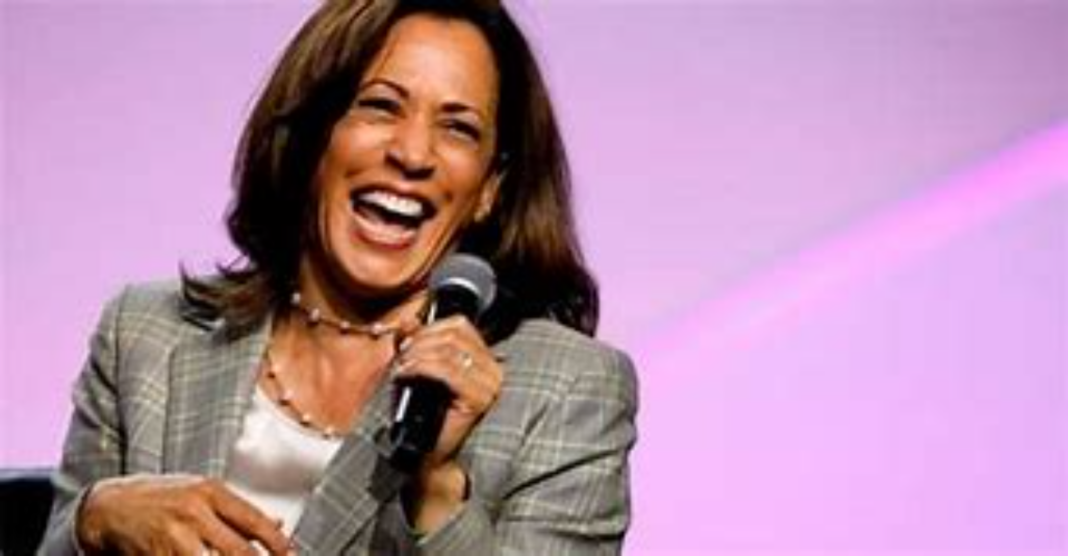 If this sounds familiar, it’s because Politico ran a piece a few weeks ago claiming that the culture in Harris’s West Wing office is “not healthy,” possibly even abusive. But the sourcing was thin and her chief of staff, Tina Flournoy, ended up taking more shots than Harris herself did. Supposedly Flournoy was overly zealous in her gatekeeping for the VP, which may have pissed off enough big egos to inspire them to take revenge by whispering that Harris and her chief were bad bosses with unhappy aides.

But now here comes Business Insider with accounts from various former Harris aides attesting that, yeah, she’s a nightmare. To the point that one allegedly needed therapy after working for her.

The story’s paywalled so I’m stuck giving you second-hand accounts of its contents. From the Free Beacon:

The outlet interviewed a dozen former Harris staffers from various points in her political career, nearly all of whom “spoke on condition of anonymity to protect professional relationships, adding that Harris’ job trajectory means it’s well within reason she could become the most powerful person on the planet.”

That’s a terrifying prospect for ex-aides who recall a “toxic” and “reactionary” workplace infused with “a sense of paranoia in that office that you never knew when she was going to snap at you.” One former staffer who had mostly positive things to say about Harris conceded that her staffers were often “so stressed out that they were making themselves sick. Is that toxic? I don’t know.”…

Within the community of traumatized former Harris staffers, the Politico report “went around like wildfire,” as many “recognized treatment they had seen” during their time in her office. One former aide even forwarded the story to their therapist along with a note that read: “Rarely in life are we publicly vindicated.” The ex-staffer told Insider they sought therapy to “resolve trauma from the on-the-job abuse” after Harris was selected as Biden’s running mate in 2020.

Their accounts described Harris as an unpredictable boss who would unleash “a lot of verbal abuse” upon staffers who failed to fulfill her erratic demands, or even for handing her the wrong type of pen. The traumatic work environment could explain why Harris had one of the highest staff turnover rates among U.S. senators between 2017 and 2020.

An editor at Insider posted highlights from the piece earlier today:

A longtime communications professor in California said at least 20 interns who worked in Harris’ attorney general and Senate offices came to her crying and seeking advice.

And another screenshot of texts among former Harris aides pic.twitter.com/CGrlabhQIw

The pens Harris preferred were Pilot Precise V7 Roller Balls, allegedly, a fact so important to her that it was “seared” into her beleaguered aides’ brains. The detail that jumps out at me is the sheer volume of staffers who couldn’t take it, though. At least 20 interns were reduced to tears?

Are we dealing with a full-on Crazy Amy Klobuchar situation here? Were any binders hurled at anyone? Was anyone forced to clean Harris’s dining implements? It’d be ironic if Biden had dodged having an abusive boss as his VP when he passed on Klobuchar only to saddle himself with one anyway when he chose Harris.

One possible response to this is “so what?” Half the VIPs in Washington are nightmares to work for. Maybe Harris is being singled out only because she’s a woman and isn’t “supposed to be” obnoxious. Fair enough, but it bears reminding that basic courteousness in the office was so high a priority for Joe Biden that he made a public statement about it on the day of his inauguration:

Does that not apply to his number two?

The other problem with Harris’s staff feeling chronically mistreated is that it’s destined to affect morale and a demoralized organization is more likely to be dysfunctional. Not a good dynamic for someone who might end up being the most powerful person in the world at a moment’s notice. Remember that Harris’s disastrous campaign was also reportedly plagued by infighting, and poor communication among staff allegedly meant that her team was blindsided when she finally decided to visit the Mexican border a few weeks ago according to Politico. Harris can get away with being a bad boss if her operation is effective and runs like clockwork. When it doesn’t, she can’t.

And the negative coverage only makes things easier for the GOP, which increasingly is treating her as a chief foil in the midterms rather than Biden. The more the public is disposed to dislike her, the more Republican criticisms of her will resonate:

“Harris’s numbers aren’t as good as Biden’s. She hasn’t shown herself to be particularly adept on the trail, in the public eye,” Keith Naughton, a veteran Republican strategist, said. “She just doesn’t seem to have very good instincts.”

“She’s a San Francisco Democrat,” he added. “She fits as a better target than Joe Biden does.”…

“People just don’t really have very intense feelings about Biden,” [a Republican] strategist said. “He’s been around forever, and he still has kind of the ‘Uncle Joe’ persona to a lot of people. It’s not that everyone loves him, but people see him as more of a regular guy, a union guy, more as a centrist.”

“It’s easier to go after Harris and make it look like Biden’s just a bumbling old guy who’s not in control,” the strategist added.

There are some meritorious reasons for targeting Harris. She’s a relative newbie who’s more easily politically defined than Biden is; she’s more progressive than Biden is; she has worse retail skills than Biden does; she’s the face of a policy effort, immigration, where the administration seems hapless. There may also be an unmeritorious reason, that she’s a black woman who represents a demographic threat to the white majority that Biden doesn’t. Either way, stories about Harris being a scourge to her aides behind closed doors feeds the broader sense that she’s someone you don’t want in charge in a crisis. Better to focus on her than on Biden in 2022 if you’re an RNC strategist.