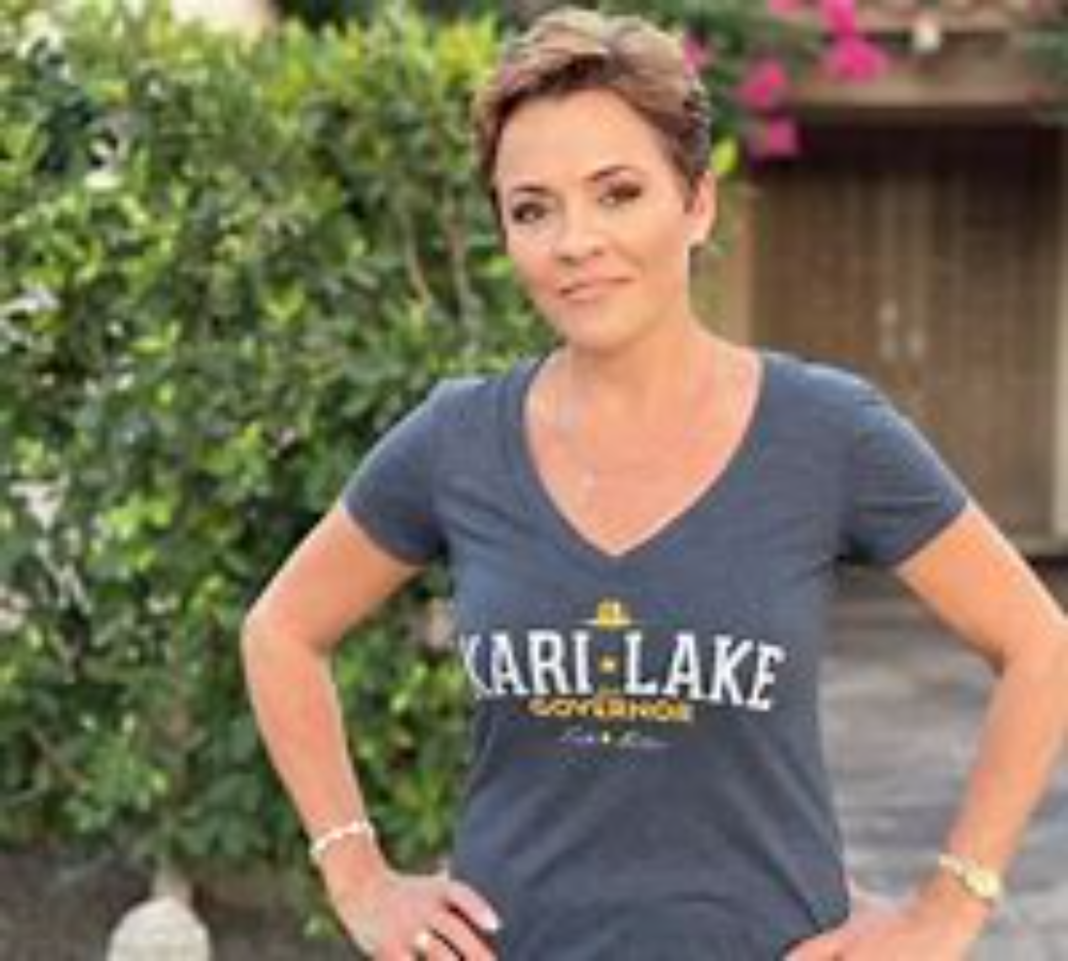 On Wednesday, Arizona Patriots rallied in commemoration of the historic 2020 election theft, on the one-year anniversary of the unforgettable 2020 election day.

Trump-endorsed AZ Gubernatorial Candidate Kari Lake hosted this rally focused on fixing 2020 and preventing it from ever happening again.

Speakers rocked the house, demanding action from Attorney General Brnovich and preparing to dominate the 2022 midterms.

A special video message from President Donald Trump was also played for the audience.

OANN’s Christina Bobb spoke at the rally to congratulate Arizona’s hard work, share updates from around the country, and call for action out of Arizona Attorney General Brnovich.

Attorney General Mark Brnovich has received all evidence of voter fraud from the Arizona audit and he is continuing to gather more evidence. America is waiting for action.

TGP reported that Christina was once confronted by a weak leftist reporter inside of the audit facility and she ate her lunch. Lefty Jen Fifield shamefully went home and did not return for weeks.

Conradson spoke to Christina Bobb after the rally for her current analysis of America’s audit.

Conradson: We covered the Arizona audit together, we saw firsthand how secure that process was. We saw the leftists’ hateful smears. Now that we know the election was stolen, what do you expect to happen next? Do you think AG Brnovich is going to be able to do the right thing?

Bobb: I think he better. I think he’s probably going to be nervous. You know, he’s demonstrated that he’s got some concerns and he’s not the hard charger that a lot of the people in Arizona want to see, but I do think he will ultimately do it. I think he knows he needs to it and I think the media is not letting him out the way that I think he probably hoped that he could get an out and just move on with something else. But the elections this week with Virginia and New Jersey, we see the importance of enforcing laws. Virginia took the time to ensure that they had their poll workers and they had everything in place, and New Jersey did not. Of course, we’re seeing the mess with that so watching all of that I think Attorney General Brnovich, I think he will step up. I think he’ll produce something. I don’t know if it’ll be a home run, but I do think something will come out of it.

Bobb: I think so. I think people are starting to come around to it. You know what’s funny? What I think the biggest help or indicator is to get to change people’s minds is not even so much the audits. I think it’s Joe Biden’s performance. I think the nation is watching Joe Biden going he’s not legitimate. There’s no way he’s legitimate. So, I think the longer he’s in office and the more there’s questions of whether he pooped his pants in Rome or you know, whatever crazy thing he did, did he fall asleep on the Israeli Prime Minister, you know, all of that. I think it’s just proving the point that he is not the most popular president in American history and he didn’t win the election.

Conradson: That’s right. So, what state do you think will be the first decertify?

Bobb: I hate to say this because I really wanted it to be Arizona because of all the work that we did and Arizona is my home state. I think it’s going to be Wisconsin. I do, I think Wisconsin is really pushing it, they’re close and I think they have probably more support in key positions in their legislature.

Conradson: that was a great speech that you gave out here tonight. What can we, here in Arizona, do to make sure that this election gets decertified election laws are followed and our voices are heard?

Bobb: First thing stay on it. Arizona is the leader by far hands down from the citizens making sure that their voices are heard and reaching out to their elected officials. Continue to do it. Don’t stop keep it up. The other thing is get involved. If you haven’t already, volunteer with a local organization. You’ll have to get involved with Arizona GOP become a poll worker become a challenger, make sure that there are enough Republicans involved in the election that is not overrun the way we saw in 2020 and we’ll keep talking about it. Talk about it with your neighbors talk about it with everybody that will listen and you can forge relationships with. Raise your voice, get involved, and continue to push your legislature.

As The Gateway Pundit previously reported, after an extensive investigation into nursing home fraud, Wisconsin could be the first state to decertify the stolen 2020 election.

REPORT: Could Wisconsin Be The FIRST State To DECERTIFY The Fraudulent 2020 Election After Yesterday’s Explosive Report?

America needs to stand up and demand decertification of the fraudulent 2020 election, and step up next year to fight fraud in the midterms.

Every American can contact Arizona Attorney General Mark Brnovich here, to demand arrests be made and to tell him that his 2022 Senate race depends on it.

AZ State Senator Wendy Rogers: “I Want To See PERP WALKS. I Want To See ARRESTS And I’m Going To Bear Down On The Issue Until We Do.”