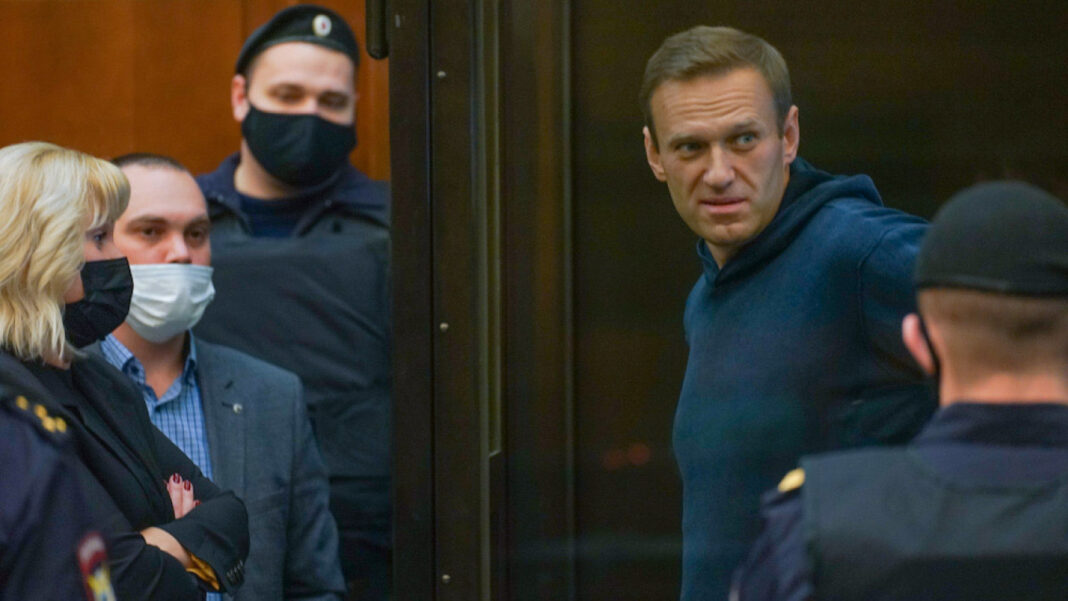 Jailed Kremlin critic Alexei Navalny announced Wednesday that he is going on hunger strike in protest of conditions that he says are causing his health to deteriorate.

Navalny’s lawyers warned last week that his life may be in danger after he reported suffering from weeks of severe back pain and a loss of sensation in one of his legs. Prison authorities said Navalny, 44, is in “stable and satisfactory” condition, a claim dismissed by his allies.

“Why do prisoners announce a hunger strike? That question only bothers those who have never been in prison. From the outside, everything looks complicated. In prison, everything is simple: You have no other way to fight back,” he wrote in a letter from one of Russia’s most notorious prison colonies published to his Instagram by his team.

“I have the right to ask for a doctor and to get medicine. I have been denied both. My back pain has now moved to my leg. Parts of my right leg and now my left leg are becoming numb. Jokes aside, it is getting worrisome,” he said.

He also accused prison authorities of torturing him with sleep deprivation, saying guards wake him up eight times a night.

“So what else can I do? I am announcing a hunger strike to demand that the law be obeyed and a doctor be allowed to visit me,” he said.

In a statement later Wednesday, Russia’s prison service said that “Navalny is being provided with all the necessary medical assistance in accordance with his current medical condition.”

It added that the nightly checks “do not interfere with the rest of the convicts.”

“Correctional officers strictly observe the right of all convicts to an uninterrupted eight-hour sleep,” the prison service said.

In an Instagram post last week, Navalny said he has unsuccessfully tried to get medical assistance since the day he was transported to the prison colony where he is serving a 2.5-year sentence. He added that his back pain and leg numbness may be the result of a pinched nerve from cramped conditions in police wagons and court cages for defendants.

Navalny was arrested in January upon returning to Russia from Germany where he was treated for a near-fatal poisoning with the military-grade nerve agent Novichok. He claims the poisoning was carried out on the Kremlin’s orders, a claim the Kremlin denies.

His jailing for violating parole on old fraud charges sparked mass nationwide protests and outcry from rights groups as well as Western condemnation and sanctions.

Navalny is serving out his sentence in the town of Pokrov, 100 kilometers (60 miles) east of Moscow, in a penal colony infamous for harsh discipline.

Rights activists say Penal Colony No.2 is one of Russia’s worst and Navalny’s wife Yulia has appealed directly to Putin to set his critic free.

Sentsov abandoned his 145-day hunger strike in a Russian prison in 2018 after his health became “critical” and prison officials allegedly threatened to force-feed him. The Crimean director was later released in a 2019 prisoner swap with Ukraine.

Lyubov Sobol, a lawyer for Navalny’s Anti-Corruption Foundation, also went on hunger strike in summer 2019 to protest her exclusion from the Moscow City Duma elections.

Man Save A Life by learning CPR Skills from NBC’s show...

Politics August 16, 2022
The title of the page
Go to mobile version