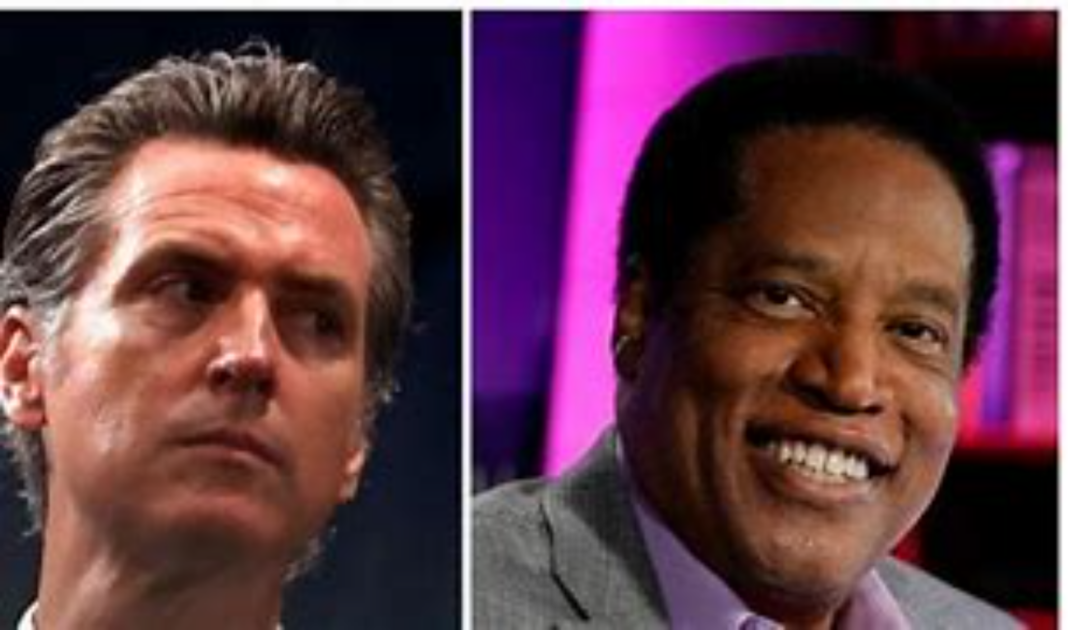 Conservative Larry Elder is rising in California and Democrats are terrified.

Gavin Newsom and his supporters, including the liberal media are now taking this very seriously because they believe Elder could actually pull this off.

The liberal Los Angeles Times newspaper has resorted to begging their readers not to recall Gavin Newsom.

The LA Times begs Californians not to boot Newsom

We’re one month out from the California recall election and the polls have continued to tighten, though most of them predict Newsom surviving by a slim margin. Perhaps it’s the unexpected closeness of the vote that moved the editorial board of the Los Angeles Times to publish a beseeching letter to Californians, urging them to not be tempted into opting for some new blood in the Governor’s mansion.

Their concern for the welfare of the state (or should we simply say “the welfare state?”) seems touching, but the editors also don’t do a very good job of hiding their real reason for wanting to keep him. Also, when they get around to attempting to defend Newsom’s performance as governor during his first term, it comes off as more of an apology for him than a defense. Here’s their opening salvo:

Ballots for the Sept. 14 special recall election have been mailed to 22 million California voters. The ballot poses two questions. The first is whether Gov. Gavin Newsom should be removed from office.

The correct response is a strong, unequivocal no.

Removing Newsom and replacing him with an untested and unprepared alternative who wouldn’t represent the values of most Californians would be a disaster. It would doom the state to months of political and bureaucratic dysfunction and economic uncertainty. And for what purpose?

If Elder wins this race, it will send a nuclear shockwave through American politics.