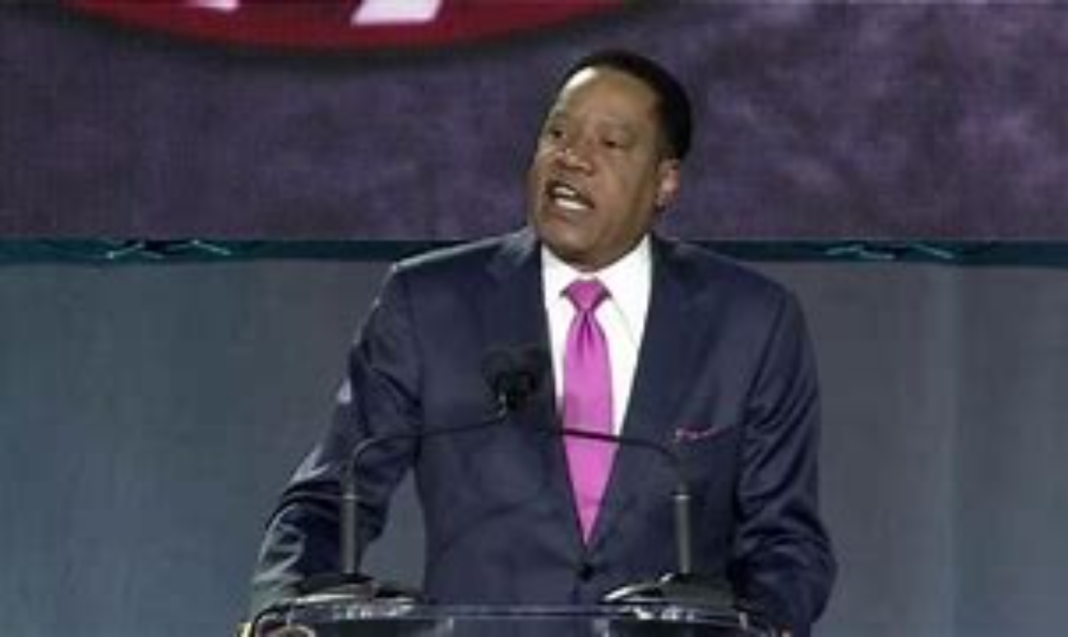 Radio talk show host Larry Elder is one of more than 40 candidates who have jumped through the hoops necessary to get on the ballot in California’s upcoming recall election. Only, unlike the others, Elder won’t be on the ballot if California’s Secretary of State gets her way.

California recently adopted a statute, apparently aimed at Donald Trump, requiring presidential and gubernatorial candidates to supply five years worth of tax returns as part of the filing process. As I understand it, the law was declared unconstitutional as to presidential candidates but was allowed to stand as to candidates for governor. Whether it applies to recall elections is unclear.

In any event, the Secretary of State notified the Larry Elder campaign Sunday evening that Elder’s tax returns hadn’t been properly redacted, and Elder therefore will not be on the recall ballot. Elder has filed suit, asking for a temporary restraining order. I haven’t yet seen a ruling on that motion.

My friend Roger Simon comments at the Epoch Times:

The excuse was some very last minute complaints over unspecified redactions in the five years of tax returns he had to file and did—a state requirement for gubernatorial candidates. …

The real reason was not just that Elder (along with Caitlyn Jenner) is the only candidate with enough name recognition possibly to rival Newsom, nor even that Larry is vastly more articulate than any of his adversaries, it is because he, more than almost anybody, is capable of unmasking the lie of lies that dominates our society as no other, significantly via California in recent years, the real lie that dares not speak its name nowadays—“what the Democratic Party did to black people.”
***
I would love to see [Larry Elder] go mano-a-mano with Gavin Newsom in a debate, although that will never happen.

I would love to see that too. Elder is terrific on the radio, but he is even better in person, as when I saw him at Turning Point USA’s Black Leadership Summit a couple of years ago. He is an ideal person to expose the fatuity of Governor Newsom, if he gets the opportunity–an opportunity that California’s Secretary of State is determined to prevent.

Fox News has a story on the controversy:

A letter shared to Elder late Sunday by the secretary of state’s office does not detail what tax information he supposedly did not include. Elder maintains that he submitted all of the necessary paperwork and that the reasons given by the secretary of state’s office for his disqualification were vague and unclear. On Monday, he filed a lawsuit against Weber, demanding that her office put him on the recall ballot.
***
Meanwhile, several other candidates have not yet filed their 2020 tax returns, having only submitted four years’ worth of returns.

“Never has anybody been excluded for something minor,” Elder said. “It appears they were looking for some reason to exclude me.”

The Sacramento Bee also has a reasonably balanced account.

Not only does Elder argue that redaction issues are an unfair reason for disqualification, he says his campaign wasn’t informed about the issue until late Sunday.

“I provided all tax returns as required, totaling over 300 pages,” Elder said in a statement. “Frankly, this action by the Secretary of State is not simply unfair and absurd but a dangerous and unconstitutional precedent.”

Furthermore, Elder argues that, by excluding him, Weber is “effectively engaging in voter suppression.”

We will stay tuned to see how this plays out. Meanwhile, the other Republican with the name recognition to beat Gavin Newsom, Caitlyn Jenner, has embarked on a bus tour of California. Shades of Paul Wellstone:

So hope for the future of our biggest state rests in the hands of an African-American radio star and a transsexual Olympic gold medalist. This is the world we live in today. I, for one, like it.

UPDATE: Breaking news–the California judge has ordered that Elder be on the ballot, holding that the California statute does not apply to the recall contest.

NEW: Conservative talk show host @LarryElder will be a @GavinNewsom recall candidate after all as judge says tax returns requirement shouldn’t have applied in the first place:https://t.co/g51YwHuVU2

The fact that the Democrats tried to use a pretext to keep him off the ballot should give a boost to Elder’s campaign.