Home Politics Larry Elder:One Question About Jussie Smollett That Everyone Else Missed 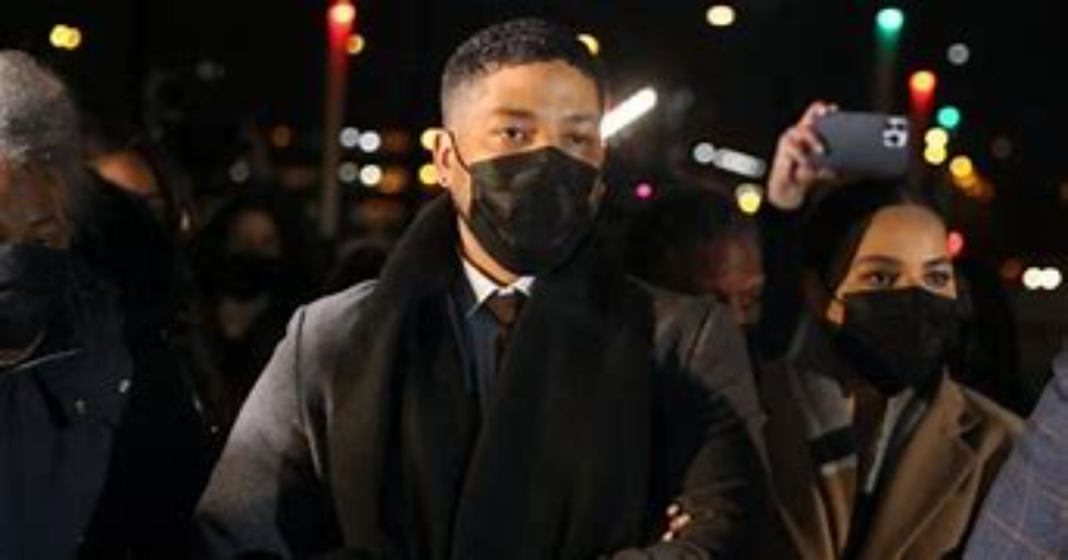 As we all wait for him to be sentenced after he was found guilty of staging that hate hoax, Larry is wondering why Jussie hasn’t been charged with perjury…

Daily Wire reported that even after a Chicago grand jury determined that Smollett staged it and criminally indicted him, he insisted that the crime took place. Now facing several criminal charges of staging the attack and lying to the police, Smollett pled not guilty and even took the stand and insisted he did not fabricate the assault. The only thing missing from his bizarre testimony was a laugh track. A few days ago, the jury found him guilty of five of six charges.

Why does he not face a charge of perjury? According to Illinois law: “A person commits perjury when, under oath or affirmation, in a proceeding or in any other matter where by law the oath or affirmation is required, he or she makes a false statement, material to the issue … knowing the statement is false.”

It’s an interesting point, and it’s been bandied about by legal experts even before the trial started.

Fox News reported that Stephen Komie, a criminal defense attorney based in Chicago, noted that Smollett is already accused of lying to authorities and could end up in prison if he lies to the judge.

“He is his own most dangerous enemy if he gets on the witness stand,” Komie told Fox News Digital. “That’s what could trigger a ride to the penitentiary. Judges do not like perjury.”

So, could Jussie be charged with perjury?

Maybe technically he could, but the chances of that are slim to none.

After all, he will probably get probation and some fines for what he did in staging the entire hoax.

At this point, I think we should just thank the “justice gods” for granting us this conviction. It’s going to be more a “moral victory” than anything else.

The Rise and Fall of the Conservative Movement

Border Crisis:60,000 caravans of Haitian migrants headed back to the border