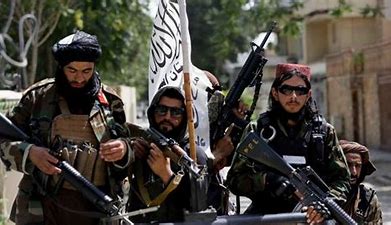 Phase one of the relocation of all Afghan evacuees on military bases to resettlement housing is now complete. The last group of evacuees temporarily housed at Joint Base McGuire–Dix–Lakehurst, New Jersey left on Saturday. They join 76,000 other Afghans who have relocated to cities across the United States.

This has been a six-month-long operation, the largest resettlement effort in decades, using short-term housing hubs on military bases overseas, then across the U.S. as evacuees were vetted and processed. While the Biden administration failed to live up to its responsibility to evacuate all Americans and legal residents, like green card holders, as well as Afghan helpers, it is now touting the completion of phase one of the relocation and resettlement of the evacuees that did make it out.

Bob Fenton, a longtime Federal Emergency Management Agency (FEMA) official who was tapped to oversee the inter-agency Afghan resettlement effort, called it the largest government operation of its kind.

“I’ve worked for FEMA for 25 years, going to disasters,” Fenton told CBS News. “This is, by far, the largest, most complex event I’ve been involved in, from evacuating 85,000 people from more than halfway around the world into 10 military bases in the Mideast and Europe, and then to eight bases here in the United States.”

Fenton is the DHS official coordinating the resettlement operation. He said it has been like setting up eight small cities to accommodate the evacuees. Eight facilities at military sites in the U.S. offered safe haven to the evacuees as arrangements were made for their resettlement. They received “halal food, faith-based services, English language instruction, vaccination against the coronavirus and other diseases like measles, assistance with immigration paperwork, and medical services, including for pregnant women and those who were medevaced.” The housing sites were set up at Army bases, Air Force installations, National Guard posts and Marine Corps stations in six states. About 40% of all evacuees are children. Some schooling has been provided for them.

Wyoming is the only state not expected to receive any of the evacuees.

Out of more than 67,000 Afghans processed at the domestic bases, over half — or 35,128 evacuees — have been resettled in Texas, California, Virginia, Washington, Pennsylvania, New York, Florida and Arizona, according to unpublished government statistics obtained by CBS News.

Colorado, Massachusetts, Maryland, Illinois, Oklahoma, Missouri, Michigan, Georgia, North Carolina, Ohio, Minnesota, Nebraska and Kentucky have received 21,331 evacuees, resettling more than 1,000 each. On the other hand, South Dakota, Mississippi, West Virginia and Hawaii have all resettled 22 Afghans combined, while Wyoming is the only state that is not expected to receive evacuees.

“I think the biggest lesson for the administration to take away from this operation is that the American public is overwhelmingly in support of immigrants and refugees being a part of their communities,” Ali Noorani, president of the National Immigration Forum, told CBS News.

The evacuees entered the U.S. under “parole”, a temporary humanitarian program, not the refugee process. That process takes years to complete. The traditional refugee process allows them to work legally in the U.S. but doesn’t make them eligible for permanent residency. U.S. officials have decided that some Afghans are eligible for permanent residency because either they or someone in their immediate family helped the American military. However, at least 36,000 evacuees do not have a pathway to permanent status. They remain in legal limbo until they qualify for asylum, if that happens, or until Congress passes legislation that would legalize them.

U.S. officials have determined that some Afghans are eligible for permanent residency because they or their immediate family members aided the American war effort, but at least 36,000 evacuees lack a pathway to permanent status, leaving them in legal limbo unless they qualify for asylum or Congress legalizes them. Fenton supports the Afghan Adjustment Act. It allows evacuees to apply for permanent residency, bypassing the asylum program. Fenton thinks that these Afghans deserve special consideration because they worked with the U.S. military during the war.

More evacuees, about 2,800, are being housed and processed at bases in the UAE and Qatar. There are 43,000 requests pending from Afghan asking to come to the U.S. So far, about 90% of these parole requests have been denied by U.S. Citizenship and Immigration Services.

The United States is the most compassionate and generous country on earth. We will have to live down the disgraceful and humiliating withdrawal from Afghanistan for years going forward. Biden’s refusal to listen to advice from the military and other advisers led to the unnecessary deaths of 13 service members at the gate of the airport in Kabul. The fact that thousands of American citizens or legal residents are still stuck in Afghanistan without a way out, being targeted by the Taliban, is on Joe Biden. His ineptness and incompetency left them to fend for themselves.

Health Ministry: No discussions had been held with experts about lifting...