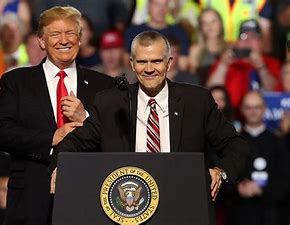 One of the strategies used by leftists to impact the 2020 presidential election was to ignore vote deadlines. In multiple situations, ballots didn’t have to arrive by the end of Election Day, as has been routine for years.

In fact, some places accepted ballots that were undated, and could have been mailed after the regular voting day closed down.

The lawsuit is on behalf of Congressman Mike Bost and several registered voters in the state.

Federal law, in fact, defines Election Day as “the first Tuesday after the first Monday in November of every even-numbered year.”

But now state officials are insisting on extending Election Day “for 14 days beyond the date established by federal law,” Judicial Watch explained.

“By counting untimely and illegal ballots received after Election Day and diluting plaintiffs’ timely cast and received ballots, defendants, acting under color of Illinois law, have deprived and are depriving plaintiffs of rights protected under the First Amendment and 14th Amendment to the U.S. Constitution,” the case charges.

“We are supposed to have an Election Day, not Election Weeks – or months. Illinois’ 14-day extension of Election Day beyond the date set by Congress is illegal, violates the civil rights of voters, and encourages fraud,” said Judicial Watch President Tom Fitton.

Illinois’ law now states that vote-by-mail schemes will allow the counting of ballots up to 14 days “after the polls close on Election Day.”

It explains that state law provides that vote-by-mail ballots count if they are received “after the polls close on election day” but before “the close of the period for counting provisional ballots.”

The state also requires elections officials to finish county “provision ballots within 14 calendar days of the day of election.”

“Read together, these two provisions mean that vote-by-mail ballots received up to 14 calendar days after the day of the election shall be counted as if cast and received on or before Election Day,” it charges.

The state even admitted in 2020 that late ballots could actually “change” the results of races.

“Illinois is not allowed to hold open voting for congressional and presidential beyond the single Election Day,” the complaint explains. “Counting untimely votes and those received in violation of federal law substantially increases the pool of total votes cast and dilutes the eight of plaintiffs’ votes. More votes will be counted than the law allows to be counted…”

The case, in U.S. District Court for the Northern District of Illinois, seeks a declaratory judgment that the state’s processes are illegal and an injunction against such operations.