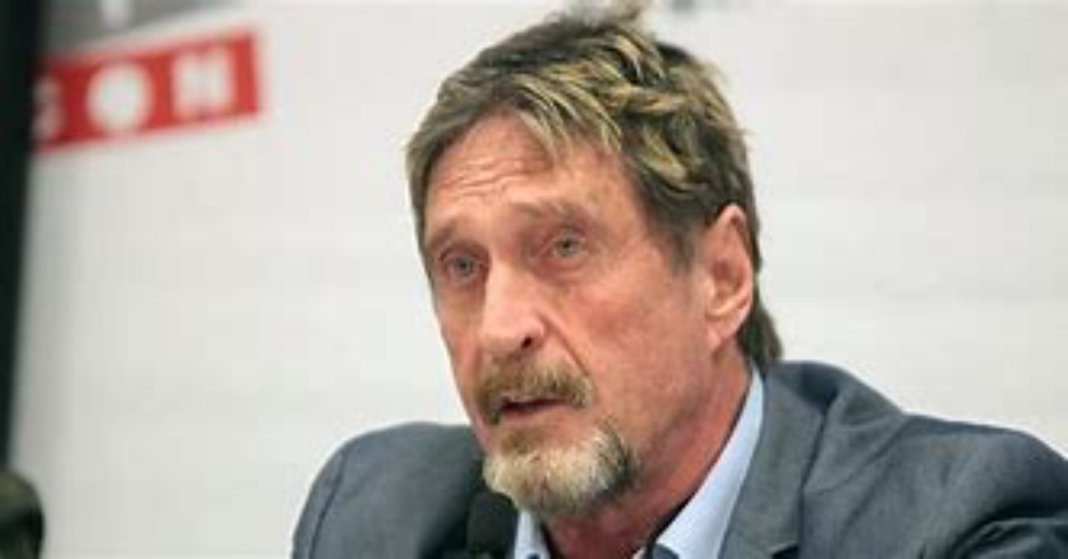 Authorities claim that McAfee committed suicide, but the eccentric tech mogul’s lawyer says his client was not suicidal.

About a year ago, when he first landed in jail abroad, McAfee tweeted this out to his millions of Twitter followers:

Now, thanks to all his cryptic messages, there are questions surrounding his supposed “suicide,” and his lawyer just dropped the biggest bomb of them all…

According to him, McAfee was not “suicidal” at all.

Daily Mail reported that John McAfee claimed the US government ‘wants to make an example out of me’ in a final plea before he was found hanging in his Spanish jail cell on Wednesday in an apparent suicide that his lawyer says came as a complete surprise.

The 75-year-old died at the jail outside Barcelona just hours after a court-approved his extradition to the US where he was wanted for tax evasion and fraud.

Spanish authorities insist that there was no evidence of foul play, but McAfee’s previous tweets that he would never take his own life ‘a la Epstein’ have fuelled conspiracy theories.

‘I am content in here. I have friends. The food is good. All is well. Know that if I hang myself, a la Epstein, it will be no fault of mine,’ McAfee tweeted on October 15.

McAfee was collared at Barcelona airport at the request of the US Justice Department on October 3, about to board a flight to Istanbul with a British passport.

During a court hearing last month, McAfee said that he would spend the rest of his life in jail if convicted in America. ‘I am hoping that the Spanish court will see the injustice of this,’ he said, adding ‘the United States wants to use me as an example.’

His lawyer Javier Villalba said McAfee’s death had come as a surprise to his wife and other relatives, adding he would seek to get ‘to the bottom’ of his client’s death.

‘I had constant telephone contacts with him,’ Villalba said. ‘At no point had he shown any special worry or clue that could let us think this could have happened.’

‘This has been like pouring cold water on the family and on his defense team,’ the lawyer said. ‘Nobody expected it, he had not said goodbye.’

The sense of foreboding in McAfee’s tweets and in particular, his obsession with the pedophile financier Jeffrey Epstein has cast doubts on his apparent suicide.

Epstein was found hanged in his prison cell in Manhattan in August 2019 but many believe he was assassinated to stop him from implicating wealthy elites in a child sex trafficking ring.

He was living in a self-imposed exile for years, traveling the globe on his boat in the Caribbean.

He was accused of murdering his neighbor in Belize in 2012.

McAfee denied the murder but had been ordered to pay $25 million by a court in Florida in 2015 which found him ‘liable’ for ex-pat Gregory Viant Faull’s death.

US officials also claimed McAfee earned millions over the last decade and didn’t pay his taxes. They also accused him of fraud by pushing cryptocurrency to his Twitter followers in order to inflate prices and rake in the profits.

Last year, McAfee also claimed that he had “information” that would bring down the US government.

He fled the states back in January 2019, after a Grand Jury indicted him on tax-related charges.

Conspiracy theories are now flying fast and furious surrounding his death – and what his lawyer just said, only makes matters more mysterious.