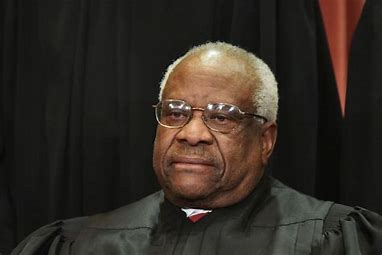 “The left’s partisan crusade to force Justice Thomas off of cases is not based on real recusal standards but on politics,” Carrie Severino, president of Judicial Crisis Network, said in a statement to the Daily Caller News Foundation.

Democrats in Congress sent a letter to the Supreme Court urging Thomas to recuse himself from cases involving Jan. 6 and efforts to overturn the 2020 election after The Washington Post published texts from Thomas’ wife, Virginia “Ginni” Thomas. She reportedly accused Democrats of attempting a “heist” and said “Do not concede” in messages to former White House chief of staff Mark Meadows in the days after the 2020 election.

“Ginni Thomas is a private citizen who is entitled to her own opinions independent of her husband,” Harmeet Dhillon, chair of the Republican National Lawyers Association, told the Daily Caller News Foundation. “To impart to a spouse his wife’s private conversations as a recusal factor is both unprecedented and grossly sexist.”

“Ms. Thomas is neither a litigant, nor a lawyer, nor even a material witness, to any case presently before the court, nor is she likely to be, despite how hard the left is straining to make this sexist trope into an issue,” Dhillon continued.

A Supreme Court statement of its recusal policy, signed by seven justices in 1993, said justices should not recuse themselves from cases where relatives do not have a substantial financial or personal interest in the outcome or are not serving as an attorney in the case.

Mark Paoletta, an attorney who served as general counsel in the Executive Office of Management and Budget in the Trump administration, told the Daily Caller News Foundation Thomas is being held to an unfair standard.

“D.C. Circuit Judge Nina Pillard sat on a case regarding a congressional subpoena for President [Donald] Trump on which her husband had opined in an article, and she has sat on other cases involving issues in which he has opined, such as the treatment of Guantanamo detainees,” Paoletta said. “Under the new Thomas recusal standard … Judge Pillard would have had to recuse.”

“If this new standard were applied to other judges or justices, there would be scores of ethical violations,” Paoletta told the Daily Caller News Foundation.

California Crimes:People who worked for DA Chesa Boudin say he has...