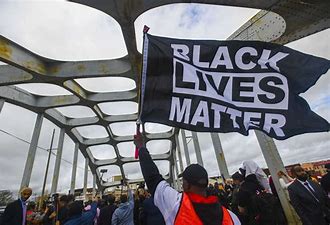 Republicans have shied away from culture issues for far too long, says Republican Indiana Rep. Jim Banks, allowing “the left to drag our culture in an anti-American direction.”

“Our party leaders for too long preached that we shouldn’t be involved in cultural fights,” he said in a Thursday phone interview with The Daily Signal. “I can remember Republican leaders at the state and national level, throughout the early 2000s, they stressed that these issues weren’t important, that Republicans should shy away from that.”

The Indiana congressman credited President Donald Trump with giving the Republican Party the vigor to fight back against attacks on American culture and family.

“President Trump emboldened our party,” he said. “Taught us how to fight back against the left, as the left has become more radical on these cultural issues, pushing radical gender theories and critical race theory, anti-Americanism … it’s turning off a large part of America that is looking to the Republican Party.”

‘Lean Into the Culture War’

Banks, the chairman of the Republican Study Committee, urged about 154 of his Republican colleagues to “lean into the culture war” in a June 2021 memo.

“My encouragement to you is, lean into it,” Banks wrote. “Lean into the culture war.”

Pointing to the rising parent-led rebellion against woke ideology and critical race theory across the nation, the Indiana congressman promised his colleagues: “We are winning.”

“We are beginning to see an organic movement from parents across the country in places like Loudoun County, Virginia; Pelham, New York; Southlake, Texas; and Bloomington, Illinois, who are fed up with the lessons their kids are being taught,” Banks told Republican Study Committee members at the time. “As House conservatives, we should be sending a signal to these concerned parents: We have your back.”

On Thursday, a GOP aide told The Daily Signal that the Republican Study Committee recognized early on that combating critical race theory was a no-brainer, both politically and morally, since the ideology is incompatible with most Americans’ basic values.

“The Republican Study Committee was the first to plant a flag and say, ‘Republicans need to go there,’” Banks elaborated. “We need to fight back to fight the culture wars because we’re on the right side of the vast majority of Americans. And if we do, then we’re going to benefit electorally for doing it, for being bold and fighting back against a lot of this garbage. And I think we’ve been proven to be right.”

The congressman’s vehemence is backed by polling and internal messaging released this week: Now, the Democratic Congressional Campaign Committee is warning that Democrats are going to severely suffer if they do not learn to better combat “alarmingly potent” culture war attacks from Republicans, Politico reported this week.

“It shows that we were right and they were wrong, and that the American people are turned off by what the Democrats are selling,” Banks said Thursday. “But it doesn’t mean the Democrats are going to stop, because they inherently believe these left-wing anti-American ideologies.”

‘We Have the Moral High Ground’

Debates over critical race theory were popping up more and more at the time Banks sent his memo, the Indiana Republican said Thursday (an NBC analysis found in early June 2021 that at least 165 groups across the nation had formed to combat the ideology in schools).

And though cultural issues are front and center for many American voters, he said, the GOP had not been anxious to lean into the culture wars.

“We have the moral high ground on these issues,” Banks insisted. “Now we are seeing that we were absolutely right.”

Virginia’s new Republican Gov. Glenn Youngkin leaned hard on education issues, notably tearing into opponent Terry McAuliffe for his comment that “parents should” not “be telling schools what they should teach.”

And though McAuliffe poured millions into advertisements accusing Youngkin of harboring a “far right” abortion agenda, exit polling still found that Virginia’s new governor had won the vote of Virginians who prioritized abortion.

Virginia proved that leaning into the culture wars is incredibly effective, according to Banks.

“It’s also been proven in a lot of other ways,” he added, “and I think the upcoming November midterm elections can prove it in the biggest way of all.”

The publication reported that Democrats are being advised they can no longer ignore strong GOP culture war attacks—they must offer strong rebuttals to GOP offensives or risk massive gains for the GOP, particularly in light of President Joe Biden’s tanking approval ratings.

“They’ve dug themselves into a hole and they can’t figure out how to get out of it,” Banks said Thursday. “This is not my grandpa’s Democratic Party that represented hardworking men and women … Democrats are so disassociated from normal and regular working-class people that they don’t understand that critical race theory and woke ideologies are a big turnoff to regular Americans.”

“It’s the same reason that they can’t seem to figure out that inflation is a very, very devastating issue for them as well,” he added. “They don’t recognize that inflation hurts working-class people … because they don’t represent working men or women anymore.”