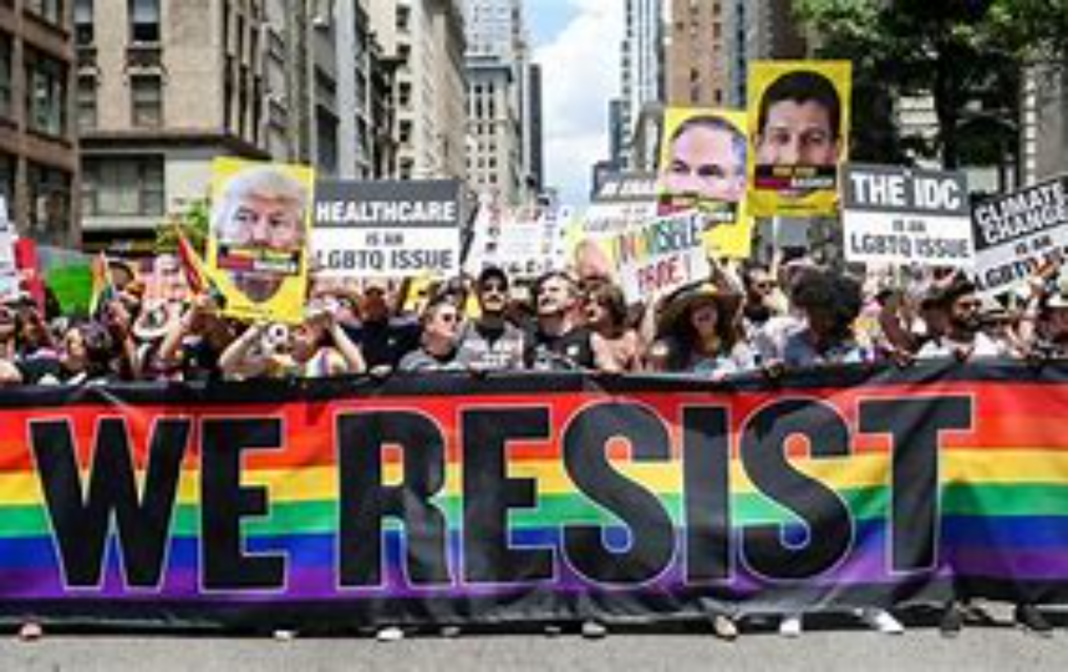 Aberdeen, Washington – On Wednesday, a business owner held his ground as he turned down demands from a transgender person who had started a fiery argument in his shop.

The fight was apparently started by the biological man because the store owner has a sign inside his store that says, “If you’re born with a d***, you’re not a chick.”

The transgender man insisted he is a real woman, by repeating “transgender women are women. I’m living my life the way I want to live it.”

When the man arrived, the Star Wars store owner, Don Sucher, pulled down the sign out of courtesy but refused to give up his argument.

The sign says “If you’re born with a d***, you’re not a chick,” the store owner stated, adding “nine out of ten customers come in and they are on my side of this.”

“Nobody confronts your a** because you know what, they’re afraid they’re going to hurt your feelings,” the store owner said.

“Do you know how many people you have embarrassed at city hall?” he said to the man. “You’re nuts. You’re not a woman. You don’t look like a woman, you don’t act like a woman … You are an ***hole.”

“Do you think there is one person that really thinks you are a chick? … Nobody confronts you, that’s the problem,” he said.

After starting the argument, the biological man insisted he was being harassed by the store owner. “You’re harassing me … I’m trying to leave,” he said.

“I’m confronting your a** because nobody does,” the owner said. “You’re embarrassing the whole community … You said you’re a chick and you’re not.”

Back in 2018, a similar incident occurred at a GameStop when a biological man created a scene after the cashier called him ‘sir.’