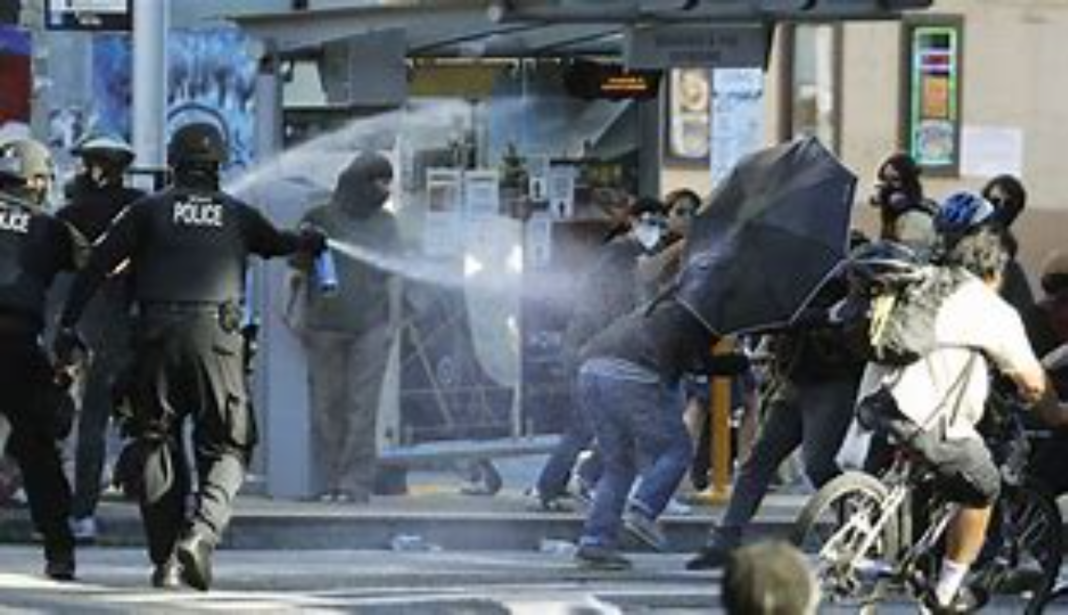 Black Lives Matter-Antifa mobs caused over one billion dollars in damages in cities across America last year in 2020. In Minneapolis alone, Black Lives Matter mobs damaged or destroyed over 1,500 businesses or buildings.

Over 700 police officers were injured in the BLM riots — and that was back in June when the rioting was just getting going!

Democrats incited the Black Lives Matter mobs for months as they destroyed communities across the country and insisted they were “peaceful protesters.”

There was a reason for this.

Studies found that when protests are described as “peaceful” or “non-violent” they tend to increase Democratic vote.

So despite the fact that cities were burning and being destroyed the liberal media insisted the protests were “mostly peaceful.”

John Sexton at HotAir has more on this phenomenon.

On May 28, 2020, just three days after George Floyd was murdered by a police officer and the country was erupting with sometimes violent protests, progressive data analyst David Shor issued a warning about the efficacy of riots:

The research wasn’t his own. He was merely acting as a messenger. But at that particular moment in time, Shor became the enemy for a lot of outraged people. He was accused of being a racist. He apologized but the company that had employed him decided to side with the mob calling for his head and fired him.

Today, Ezra Klein published a piece about Shor’s work since then. Getting canceled ultimately worked out really well for him. He gained a reputation as a data analyst who wasn’t willing to soften his message into something the client might want to hear. He founded his own company called Blue Rose Research where he’s been building an electoral simulation designed to predict what is likely to happen over the next decade in American politics. And once again, he has a message for Democrats that they are not going to like.

Democrats know their popularity is in the tank. They can only hope they are able to continue to steal elections in order to keep in power.
Hey, it worked for the Marxists!