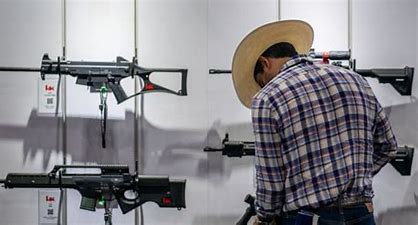 The latest member of the world of sports to weigh in on gun control and mass shootings is former Duke University basketball coach, Mike Krzyzewski. The legendary Coach K is now retired and that move seems to have freed him up on delivering some hot takes during interviews, like the one he recently gave during a SiriusXM Town Hall.

Speaking of politics in general and the lack of the ability of both parties to come together and work for their constituents, he said it is the job of politicians to do so.

“I don’t understand why we sit on two sides of an aisle,” Krzyzewski said Thursday.

“I don’t understand why we don’t sit together. And the people who are voted in for each party or independent do not understand that their first and foremost responsibility is to serve the people.

“That’s what your job is. It’s not about power,” he continued. “It’s about serving the people. And people of all races. Of all nationalities. They need to be served. Whether you’re Republican, Democratic or independent, that’s your responsibility.”

“What the hell are we doing? You know, where we’re not taking care of our people,” Krzyzewski said. “And it can go into the guns. Like, you need an automatic weapon? You gotta be kidding me. You got to be kidding me. It’s disgusting.

He admits he was piggybacking on Golden State Warriors coach Steve Kerr’s comments following the mass shooting in Uvalde. Kerr has been a regular critic of politicians who aren’t working on gun control issues.

“When are we going to do something?!” Kerr shouted. “I’m so tired of getting up here and offering condolences to the devastated families that are out there … I’m tired of the moments of silence. Enough!”

“There’s 50 senators right now who refuse to vote on HR-8 [Bipartisan Background Checks Act of 2021], which is a background check rule that the House passed a couple of years ago. It’s been sitting there for two years,” Kerr said. “There’s a reason they won’t vote on it, to hold onto power.”

Outrage is understandable, who isn’t outraged and deeply saddened when such events needlessly happen, especially when the shooter takes aim at innocent children? It’s hard to wrap your head around such evil.

HR-8, The Bipartisan Background Checks Act of 2021, passed in the House but hasn’t gained enough support in the Senate. Chuck Schumer knows it won’t pass in the Senate and has not brought it up since the recent shootings in Buffalo and Uvalde. What HR-8 does is close a loophole that does not require background checks in transactions involving unlicensed and private sellers. It includes online purchases and gun show sales. It would come into play in the sale of a firearm between family members or friends, for example. If it were to pass, it would be the first major new firearm restriction coming out of Congress in a generation.

Sweeping legislation will not pass both in the House and Senate, certainly not at this point. Right now there is no law on the books that would have stopped the Uvalde shooter. He legally purchased his weapons. He did purchase them online, though, so perhaps an expansion on background checks would have slowed him down. If a gun buyer has no previous legal convictions or mental health issues, though, nothing will show up in a background check to prevent a sale.

It’s a hot button issue on both sides of the aisle. Extreme rhetoric doesn’t help either the gun grabbers or the Second Amendment supporters. It’s unfortunate that Coach K took the side of those looking to demonize gun owners by calling owning a gun “disgusting”, even if he did conflate his wording by referencing automatic weapons. It’s also a little unnerving to hear such conflation coming from the coach, given the fact he was commissioned from the U.S. Military Academy at West Point and spent five years in the Army as a Field Artillery officer. Shouldn’t he be a little more careful in his language?

Hurricane Ida: Millions of Louisianans trapped in the Darkness due to...

Democrats worry the wave of House retirements hasn’t peaked yet