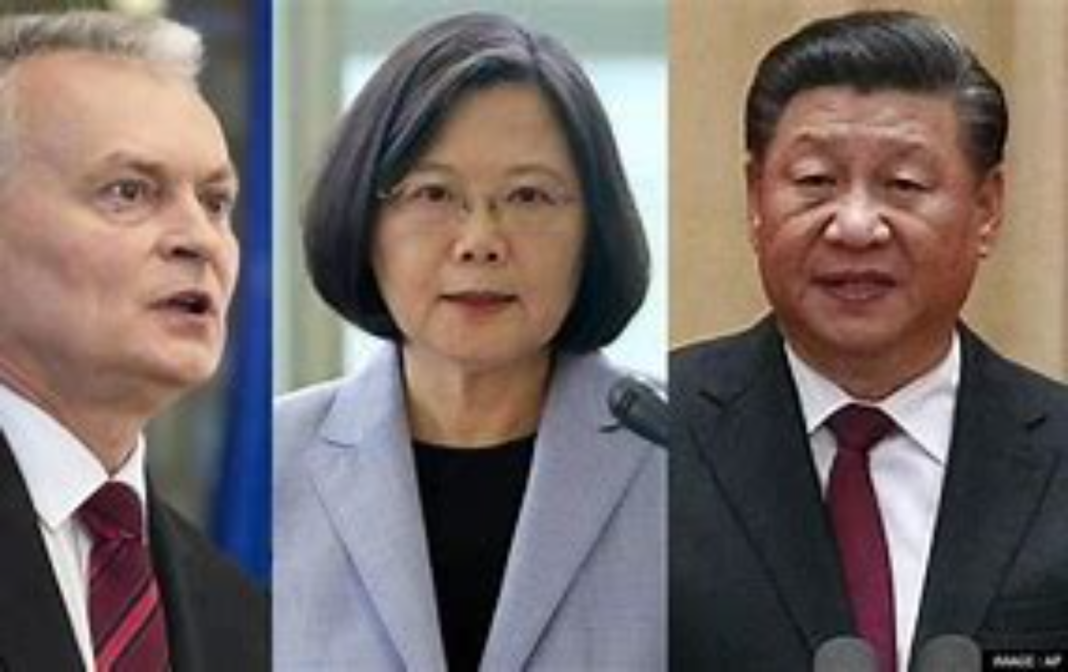 Lithuania says it has closed its Chinese embassy and pulled its last diplomat out of Beijing in a dispute over relations with Taiwan.

The foreign ministry said it had recalled Lithuania’s charge d’affaires for consultations and that the embassy would be operated “remotely”.

The move comes after the European Union member state allowed Taiwan to open a representative office in Vilnius.

China claims Taiwan as part of its territory and does not give diplomatic recognition to nations that treat the island as a separate state.

Speaking to reporters in Vilnius, Foreign Minister Gabrielius Landsbergis said there was uncertainty over the legal status of Lithuanian diplomats in China before their departure.

“Discussions are ongoing on the technical aspects of the operation of Lithuania’s diplomatic representation in China,” a statement read.

“Lithuania is ready to continue the dialogue with China and resume the activities of its embassy to their full extent once a mutually beneficial agreement is reached,” the ministry added.

Beijing previously expelled the Lithuanian ambassador and withdrew its own diplomats from Lithuania after Taiwan was allowed to open an office in Vilnius.

The representative office bears the name Taiwan rather than Chinese Taipei, which is used by the International Olympic Committee and many foreign nations to avoid offending China.

Taiwan has just 15 formal diplomatic allies but maintains informal ties with all major nations through trade offices that act as de facto embassies.

Taiwan’s foreign ministry said it had the “highest respect” for the decisions taken by the Lithuanian government.

The move by Vilnius comes as a group of six French lawmakers arrived in Taiwan for a five-day visit on Wednesday.

François de Rugy, the head of the Taiwan Friendship group in France’s National Assembly, is leading the latest delegation’s visit, which will include meetings with Taiwanese President Tsai Ing-wen and other senior government officials.

“We wish to have exchanges on all dimensions of the relations between Taiwan, the EU, and France on the economy and culture and all the issues at stake for our countries,” de Rugy told reporters at the airport.

The visit follows a similar trip led by a group of French parliamentarians in October that China had sought to discourage.