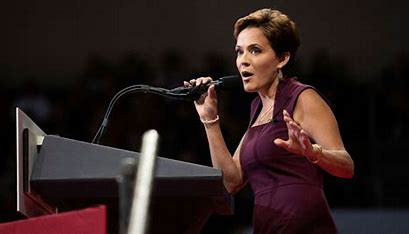 As you likely know, the Kari Lake election lawsuit is making waves. Big waves right now, as one bombshell after another gets dropped. And while her case is grabbing all the headlines, there’s another Republican who just got the “okay” from a judge to move forward with his election dispute case in Arizona.

Judge Jantzen said he’s allowing the case to move forward because this case is “different… because the Plaintiff is not alleging political motives or fraud or personal agendas being pushed.”

So, if the plaintiff argued there was fraud, the judge wouldn’t have allowed the case… That’s an odd position to take, right?

The judge went on to say that this case was “okay” because it’s simply “alleging misconduct by mistake, or omission by election officials led to the erroneous count of votes and which if true could have led to an uncertain result.”

Very disturbing words from the judge. It’s as if he’s scared to be thought of as a dirty “election denier” or something.

That’s the power of the communist Dems and their “war of words.”

Our friends over at 100 Percent Fed Up did a great report on this story:

Adding to the fight against Arizona’s Maricopa County election results, an Arizona judge has ruled that a lawsuit filed by Republican Attorney General Candidate Abraham Hamadeh’s lawsuit can go to trial.

Hamadeh, who lost his election to Democrat Kris Mayes by just 511 votes out of 2.5 million, filed a lawsuit in Maricopa County alleging “errors and inaccuracies” at voting locations. On Election Day, Maricopa saw significant issues at its polling locations including malfunctioning voting machines and improperly printed ballots.

He requested “judicial intervention” to make sure that the candidate who “received the highest number of lawful votes is declared the next Arizona Attorney General.”

The lawsuit asserts that officials in at least 15 Arizona counties “caused the unlawful denial of the franchise to certain qualified electors, erroneously tallied certain ballots, and included for tabulation in the canvass certain illegal votes in connection with the election for the office of Arizona Attorney General.”

“This pervasive and systematic error directly and proximately resulted in three recurring scenarios in which qualified electors were unlawfully and unconstitutionally disenfranchised,” the lawsuit continued.

Hamadeh’s lawsuit also suggested that up to 1,942 filled-out provisional ballots in Maricopa County were not counted.

As I mentioned above, this case comes on the heels of the bombshell case from Kari Lake that was green-lit for trial after thousands of her voters were disenfranchised in Maricopa Country.

What worries me, is that in the end, these judges won’t do the difficult and “right” thing, and will allow the cheating to stand. And then the left will use it to “prove” these sham elections are fair. “Well, they went to court, and the judge ruled, so case closed..” Can’t you hear it now?

That’s my only concern with these election lawsuits. I don’t trust our judges, sadly.