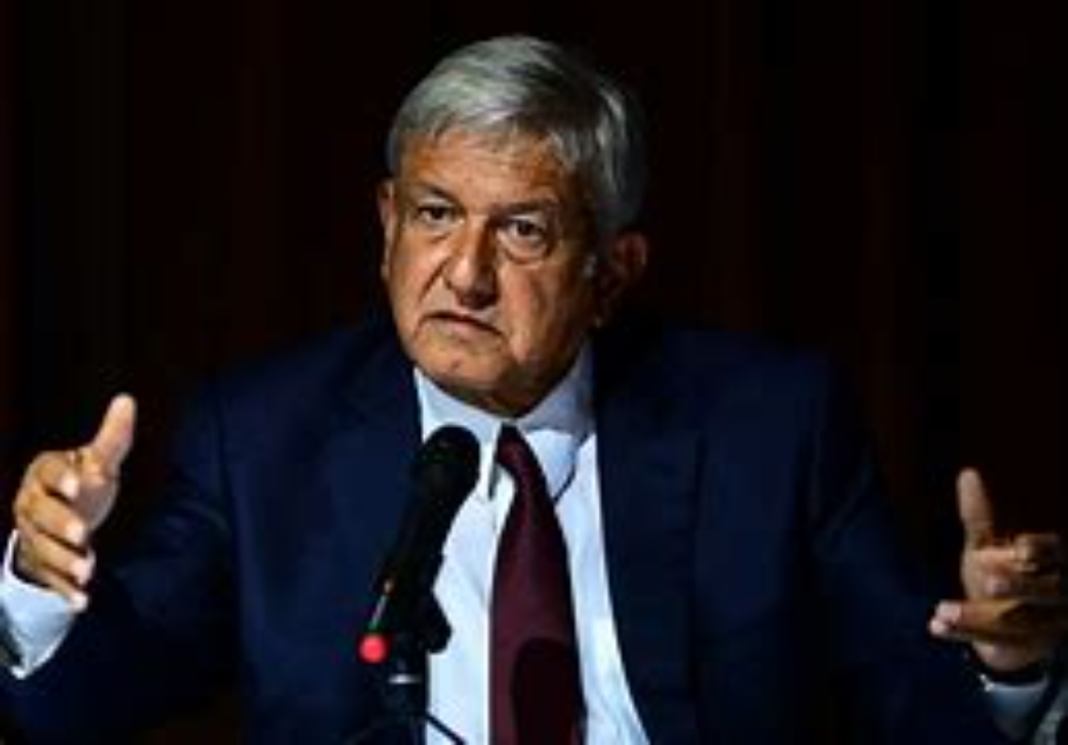 There’s an argument to be made for the opinion that Mexican President Andres Manuel Lopez Obrador (AMLO) is using caravans as leverage against the Biden administration. The caravans that come to the southern border do so because they find routes through Mexico. They could be stopped by AMLO at any time. Instead, they are allowed to travel through the country.

Tony Payan, director of the Center for the U.S. and Mexico at Rice University’s Baker Institute, believes that this may all be by design. Payan said, “It seems to me that Mexico is using the caravans as leverage with the United States. Otherwise, the 18,000 Haitians that made it to Del Rio, Texas, would not have made it that far. They were allowed to transit through Mexico and make it to the border.”

Lopez Obrador is pushing for the U.S. to ramp up worker visas for Mexicans, many of whom are already trying to cross the border by any means available after being displaced by narco-violence in the countryside in states like Michoacan, Jalisco, Guanajuato, Zacatecas, Durango and others. AMLO, as Lopez Obrador is known, also wants the U.S. to “invest” in economic development in Southern Mexico and Central America.

“Every time a caravan comes to the border, it creates a political problem for the Biden administration. Not only do they have to deal with the asylum-seekers, but it also gives political gunpowder to Biden’s critics in the GOP and states like Texas to portray his policies as failed policies,” Payan said. “It’s not a good thing. It distracts him from other issues.”

I’d argue that Biden is easily distracted and really gives very little (if any) thought to the southern border. Payan sounds a little too sympathetic to Biden. The Biden border crisis is of his own making. He does come down on the side of stopping caravans, though. Rice University’s Baker Institute is in Houston so surely he understands the consequences of a porous border.

“I think the caravans are absolutely distracting and it’s absolutely necessary that the United States convinces Mexico not to allow them to form, march through Mexico and get to the border,” Payan said. When that happens, “everything else is off and all the attention, all the resources go to dealing with asylum-seekers.”

A caravan of about 1,000 Central American and Haitian migrants is currently traveling through the Mexican state of Oaxaca led by activist Irineo Mujica. He expects to meet up with a second caravan that is forming which will be ten times larger in Veracruz on November 18. That date is significant because it is when Biden, AMLO, and Canadian Prime Minister Justin Trudeau are scheduled to talk. Immigration issues are a topic on the agenda. Remember, there is no such thing as a coincidence in politics.

“We are not going to Mexico City, we are now going the northern border, we are going to Sonora,” Mujica said this week on social media. “For that reason, I am calling on all our migrant peers in Tapachula, in Coatzcoalcos, in Tabasco, in Acayuca […] to gather on the 18th of this month.”

Mujica, by the way, is an American citizen affiliated with the nonprofit Pueblo Sin Fronteras (People Without Borders). He led 4,000 migrants out of Tapachula in late October near the Guatemalan border. He called the living conditions of the migrants there “an open-air prison” that housed people from all over the world.

The U.S. Ambassador to Mexico, Ken Salazar, seems to be feckless in doing much about the caravans and groups heading to the southern border. He and Mujica are sparring back and forth.

“The organizers say they are doing something for human rights. In reality, what they are doing is making money for the smugglers and criminals,” Milenio and Infobae quoted Salazar as saying.

“I completely refute what the ambassador said,” Mujica said on social media, pulling out his wallet open for the cameras. “This is my wallet, ambassador. I have nothing. […] Your intelligence (agents), are they not telling you I don’t even have money for tortillas? Where are you and what world are you living on?”

Breaking: Leader of caravan Irineo Mujica Sends a direct message to the ambassador of the United States in Mexico: show me the millions that I’m stealing from the people, show me the millions in my account”.@AgueroForTexas @BenBergquam @GriffJenkins @AliBradleyTV pic.twitter.com/HVrYykR0j9

One thing Mujica gets right is that he calls the U.S. immigration system a “disaster”. I think we can all agree with that. Mujica accuses the United States of dehumanizing illegal immigrants when he says that but the real problem is an American president hellbent to leave the southern border open and do all he can to ignore the consequences. He has no interest in securing our border with Mexico.

Perhaps Biden will cave and agree to allow more work visas to be issued to those coming up from Mexico. He’s already letting most of those who seek asylum stay. Many are not even given dates to appear at an ICE office to complete their paperwork. It’s not out of the scope of possibility to think Open Borders Joe would let them have work visas, too. He doesn’t care that he incentivizes illegal immigration. It’s hard to think that this is anything other than his plan at this point.

Business grows overtime and not overnight