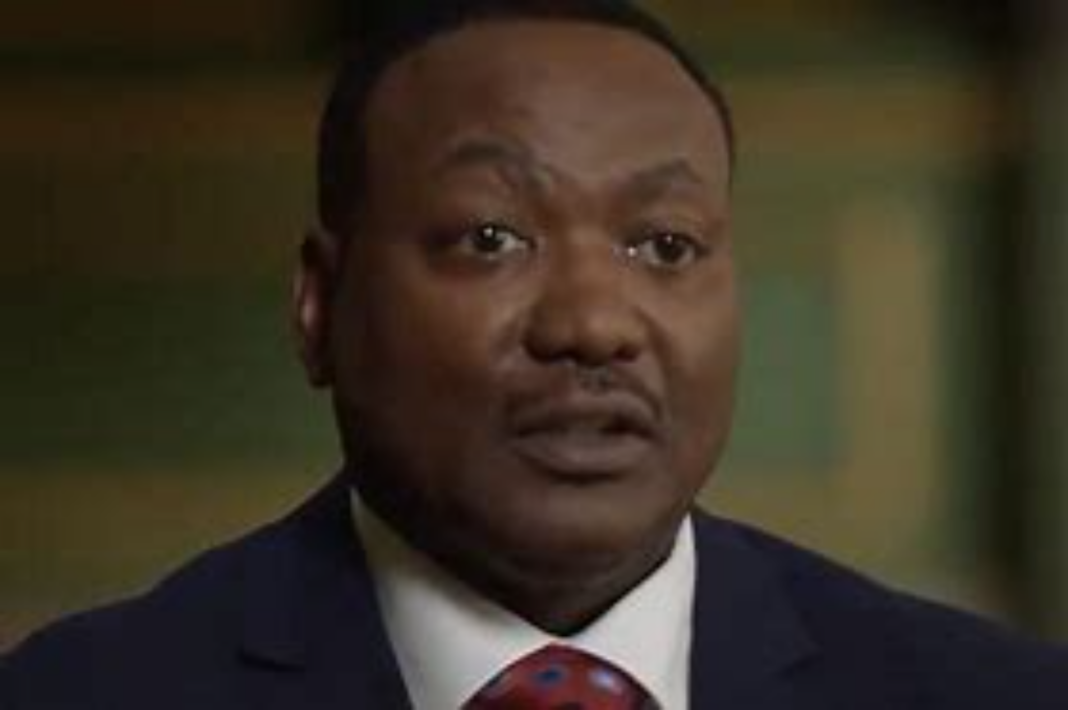 The police officer who fatally shot Ashli Babbitt, an Air Force veteran who was among the pro-Trump rioters who stormed the U.S. Capitol on Jan. 6, has revealed his identity for the first time, speaking about the threats he’s received since the riot.

Capitol Police Lt. Michael Byrd told NBC Nightly News with Lester Holt that there have been racist and “very vicious and cruel things” said about him.

“It’s all disheartening because I know I was doing my job,” he said in the interview released Thursday evening.

The threats have made him concerned about revealing his identity. But, he said: “I believe I showed the utmost courage on Jan. 6. And it’s time for me to do that now.”

In an exclusive interview with @LesterHoltNBC, Capitol Police Lieutenant Michael Byrd describes why he’s choosing to identify himself. Byrd shares his account of the January 6 riot, as officers barricaded the door and he fired a single shot, killing Ashli Babbitt. pic.twitter.com/5E7KPtxNc2

Capitol Police had kept Byrd’s name confidential in order to protect his safety.

The interview was released three days after the police force announced that Byrd acted within department policy on Jan. 6 and would not face disciplinary action. The department allows officers to “use deadly force only when the officer reasonably believes that action is in the defense of human life, including the officer’s own life, or in the defense of any person in immediate danger of serious physical injury.”

That followed an April decision from the Justice Department that said it would not seek charges against Byrd.

Asked by Holt what he thought an unarmed Babbitt was doing the moment when he shot her, Byrd said that she “was posing a threat to the House of Representatives.”

Babbitt was one of many hundreds of rioters who stormed the U.S. Capitol on Jan. 6, attempting to stop lawmakers from carrying out their constitutional duty to certify the Electoral College results in favor of Joe Biden.

Babbitt can be seen in footage from that day, carrying a backpack and trying to breach a barricaded door. When Babbitt attempted to climb through a smashed door into the Speaker’s Lobby, Byrd fired a single shot that struck Babbitt in the left shoulder. She later died from her injuries at Washington Hospital Center.

The far-right has characterized Babbitt as a martyr, with former President Donald Trump himself saying in a statement that she was “murdered at the hands of someone who should never have pulled the trigger of his gun.”

He said of Trump: “If he was in the room or anywhere and I’m responsible for him, I was prepared to do the same thing for him and his family.”

Babbitt, who was 35, served in the military from 2004-2008, and subsequently joined the Air Force Reserve and Air National Guard. During her service, she received the Iraq Campaign Medal. Her social media posts indicate she was a fervent supporter of Trump and a follower of QAnon, a far-right conspiracy theory.

Her ex-husband Timothy McEntee told NPR in an email in January that Babbitt was very outspoken.

“She had a personality that you either loved or hated,” he wrote. “She wasn’t apologetic about it … she was proud of it, just like she was proud of her country and proud to be an American.”

Babbitt’s husband, Aaron, told NPR in May that he plans to sue the Capitol Police, claiming the officer should have employed less-lethal force.

Separately, a group of U.S. Capitol Police officers are attempting to hold Trump legally responsible for the violence that erupted at the Capitol on Jan. 6.

Seven officers filed a lawsuit Thursday against Trump, both in his personal capacity as well as the Trump campaign, along with more than 20 co-defendants. Those include the extremist groups the Proud Boys and the Oath Keepers and individual allies of Trump like Roger Stone.

“On Jan. 6, we tried to stop people from breaking the law and destroying our democracy,” the officers said in a statement. “We want to do what we can to make sure the people who did this are held accountable and that no one can do this again.”

The lawsuit alleges Trump conspired with the organizations and individuals to propagate the lie that the presidential election was stolen from him in order to prevent Congress from certifying the results by directing his supporters to breach the Capitol.