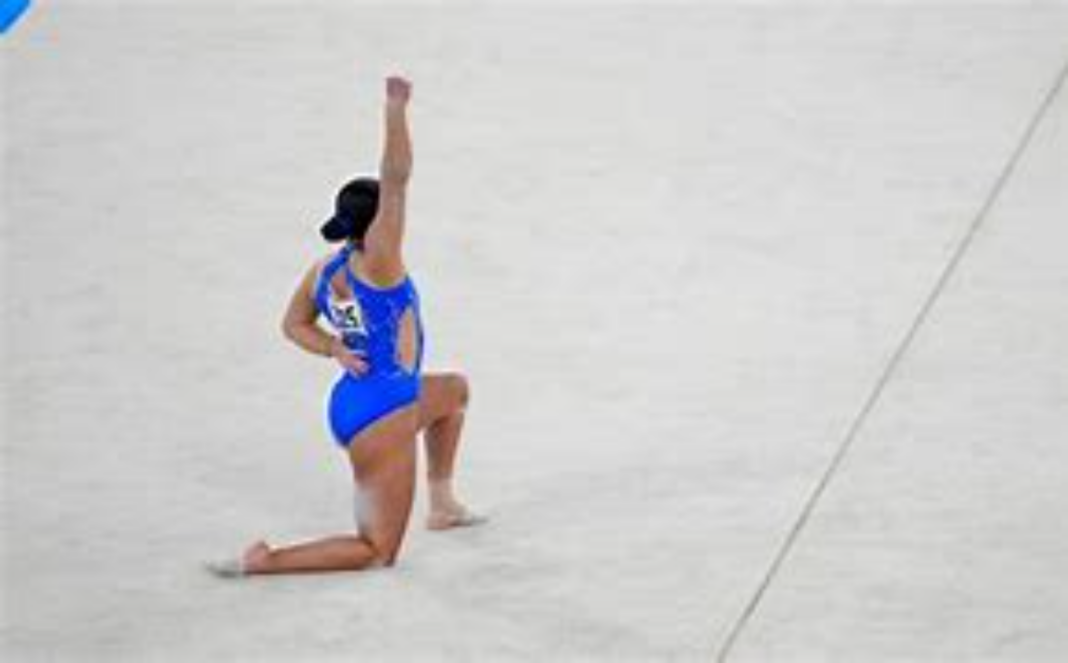 You probably have never heard of her but an 18-year-old gymnast from Costa Rico showed the world her support of Black Lives Matter at the end of her floor routine Sunday. She finished her performance in a pose of support, taking a knee and raising a clenched fist. Luciana Alvarado in Costa Rico’s lone gymnast. She failed to move into the finals of the competition.

Alvarado is trying to make her mark among international competitors by making a political statement instead of relying on her competitive skills. She is the first Costa Rican gymnast to qualify for the Olympics so it’s too bad she didn’t just revel in that distinction. That accomplishment alone made history. Instead, she is being heralded for making history with a BLM protest worked into her routine. Frankly, if she had not made a big deal about it in a GymCastic podcast afterward, most people may not have even realized what she was doing.

Take a look for yourself.

I guess that is why she explained what she was doing afterward. At first glance, it doesn’t look like anything special, not like an aggressive move made by political activists. Maybe that’s just me. Women’s gymnastics is one of my favorite Olympics sports. If I had seen her performance in real-time, I don’t think I would have made the connection. She says her cousin does the same move.

“My cousin and I, we both do it in our routines,” she said. “And I feel like if you do something that brings everyone together, you know, and you see that here, like ‘Yes, you’re one of mine, you understand things,’ the importance of everyone treated with respect and dignity and everyone having the same rights because we’re all the same and we’re all beautiful and amazing so I think that’s why I love to have it in my routine and I love that my little cousin does it on her routine too.”

She said it was choreographed to pay homage to the Black Lives Matter movement. She said Friday she performed the same move at training.

That’s quite the word salad. She’s somewhat misguided, though, about the BLM movement. It’s a Marxist movement, founded by self-avowed Marxists, who have the goal of destroying capitalism and the American way of life. It’s not at all about love and peace and warm hugs. Many of the protests organized by BLM activists turn violent and destructive. Innocent bystanders have been killed and injured during their protests and marches. The protests do not show respect to innocent shopowners or retail outlets that are looted and vandalized. The BLM protesters do not treat others in a dignified way as they assault and threaten others. They burn down their own neighborhoods.

After this confession (or boast), Alvarado will probably not be penalized by the International Olympic Committee (IOC). The IOC has relaxed some parts of Rule 50, which prohibits political gestures from Olympic athletes during the games. This year, athletes can protest but not during a competition or on the medal stand. Alvarado won’t be continuing on in the competition so there is no chance she’ll receive a medal. And her protest gesture isn’t as blatant as, say, raising a clenched fist during an awards ceremony a la 1968 Olympics Black Power salute during the national anthem. Some soccer squads, including the U.S. women’s soccer team, took a knee before their opening matches last week but none of them have been disciplined for that. The U.S. women’s team lost their opening match, breaking their long winning streak. Maybe that was comeuppance enough.