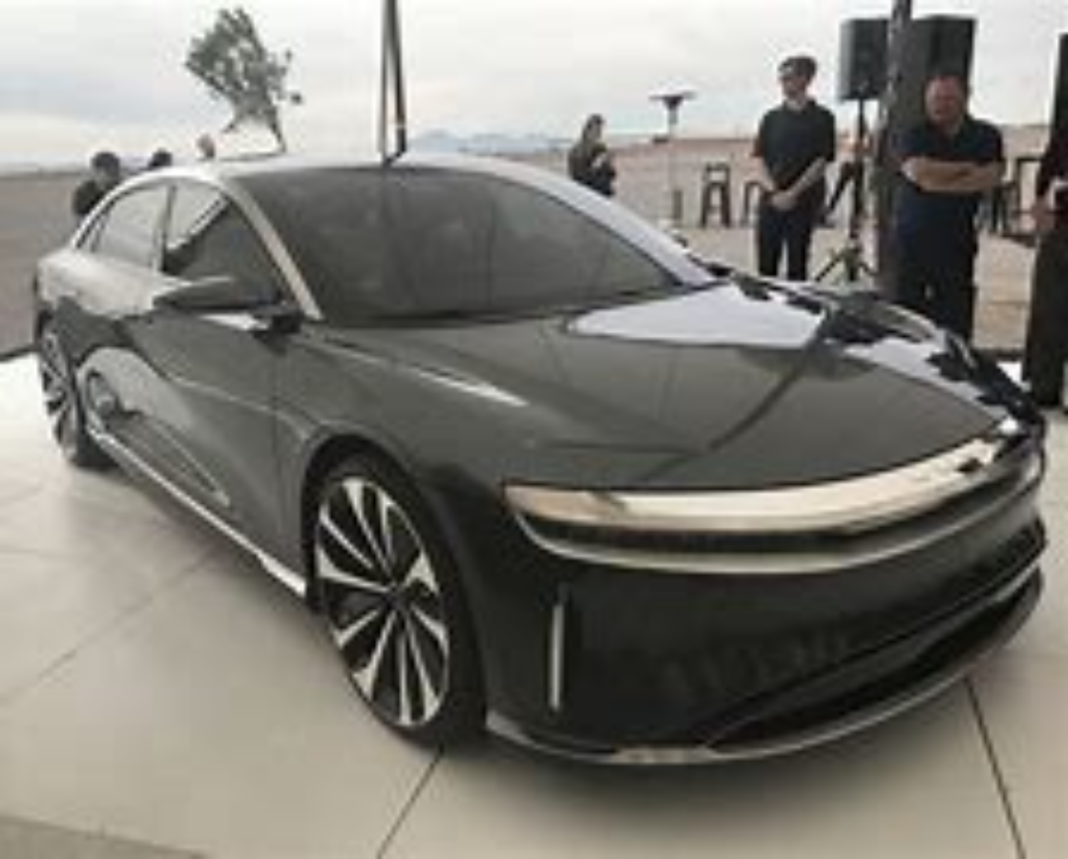 Lucid Motors, an electric vehicle company with backing from Saudi Arabia’s Public Investment Fund (PIF), announced in a statement Wednesday that it would be producing two distinct versions of its upcoming Lucid Air Dream Edition car.

Official ranges for both editions of the cars are not available yet, but Lucid projects the Dream Edition Range model will have a final range of over 500 miles (800 kilometers), 100 miles longer than the current market leader, the Tesla Model S.

Recently, the company partnered with US automobile magazine Motor Trend to test the range of the Lucid Dream Edition Range, driving two cars 445 miles from Los Angeles to San Francisco and then back again on a single charge. Both cars completed the journey and displayed 30 miles and 72 miles of charge remaining respectively, Lucid said in the statement.

“As a technology company, we seek to exceed expectations, and this is clearly evident with our Lucid Air Dream Edition Performance and Range variants … I’m delighted to provide our Dream Edition customers with this additional choice and breadth of capabilities,” Peter Rawlinson, CEO and CTO, Lucid Group said in the statement.

Dream Edition reservation holders will be contacted shortly to update their configuration preferences, with both models remaining at the fully equipped price for $169,000, the company said.

Deliveries of both versions are expected to begin later this year.

The company is backed by the PIF, Saudi Arabia’s sovereign wealth fund (SWF), and received a $1 billion investment from the SWF in 2018 for a majority stake of the company to get its first electric car model into production.

Earlier this year, the company launched on the US NASDAQ stock exchange through a merger with Churchill Capital Corp IV, a special purpose acquisition company (SPAC). SPACs are companies specifically designed to raise capital via an initial public offering (IPO) and then acquire a pre-existing company – effectively listing the purchased company on the stock market.

At the time, Lucid said that the listing brought in $4.4 billion, which it said it will use to accelerate growth and increase manufacturing capacity. The California-based company is currently worth around $35 billion with the PIF maintaining its position as a majority investor.

In 2018, when the PIF first invested in Lucid, the SWF said that the “transaction … supports the efforts emphasized in Vision 2030 to build a sustainable future economy that is environmentally-friendly.”

Vision 2030 is Saudi Arabia’s Crown Prince Mohammed bin Salman’s ambitious plan to diversify the Kingdom’s economy away from oil and envisions the PIF as a giant investment vehicle to support this transition.