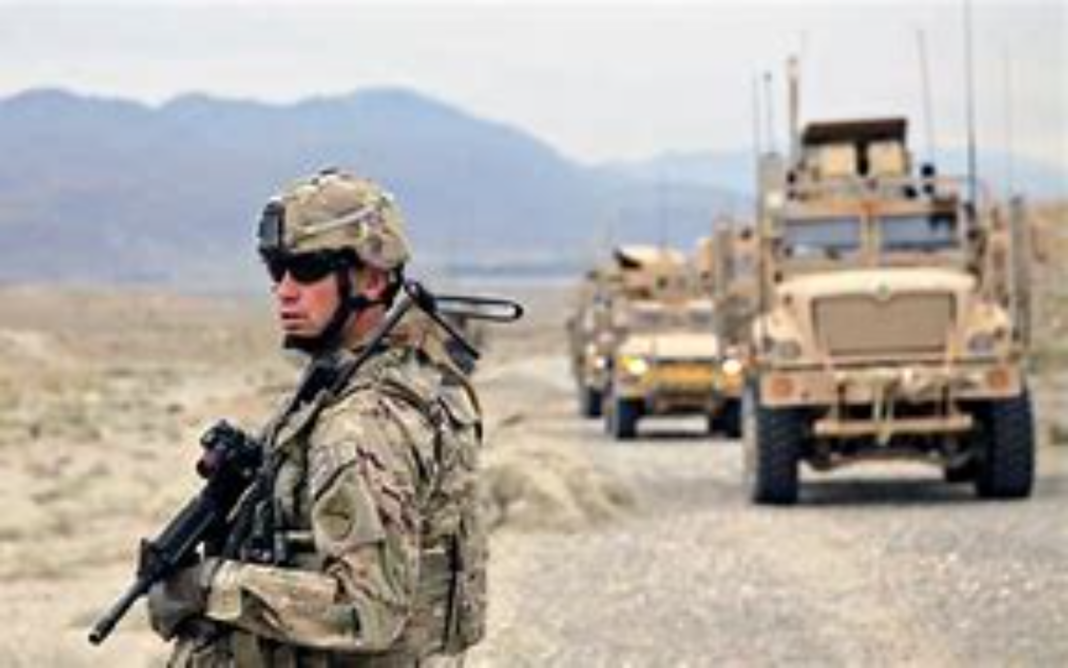 Quite a number here for GOPers:

Do Americans think the US made a mistake by recently withdrawing troops from Afghanistan? Most Republicans say yes.

Actually, I think these three words explain the polling here best of all: Americans. Don’t. Know.

When it comes to foreign policy, they just don’t know. They don’t know a lot about Afghanistan except that the war’s gone on for 20 years and they don’t know what they want to do there because there are major drawbacks to staying and to leaving. So when things are quiet, leaving sounds good.

And when things aren’t so quiet, it sounds less good.

Factor in the reality that the opposition party will instinctively dislike whatever the ruling party’s up to and you have a recipe for Republicans deciding that the “America First” mandate to get the hell out of foreign sh*tholes is less of a priority than scoring a point on Biden.

Biden will be relieved to know that more Americans continue to support withdrawal than oppose it but those numbers have dropped in YouGov’s survey just as they did in the two polls I wrote about yesterday. In April Americans split 56/21 on withdrawal; today they split 45/32. Democrats remain solidly with Biden for the moment but independents have seen support drop from a majority position to a plurality one. And Republicans have soured from plurality support of 44/38 to strong disapproval at 29/51.

How much better those numbers might be if the evacuation had happened in a timely way and run like clockwork is impossible to say. But they surely would have been better, which is a major problem for Biden’s attempt to keep the public focused on the fact that we’re leaving rather than how we’re leaving. The longer the evacuation fiasco drags out, the more incompetent the administration looks, the more questionable their judgment in deciding to leave seems.

Opinions of Biden are sliding too, of course:

47% of Americans now feel uneasy about President Biden's ability to handle an international crisis. Only 36% are confident.https://t.co/1PWMGergCL pic.twitter.com/21doRb8jjm

Fifty-three percent now call him a “weak” leader. What will that number be once the news penetrates that the world’s greatest military power was forced to ask jihadi primitives for their permission to evacuate our citizens from their new caliphate?

How seriously should we take the GOP’s sudden turn against withdrawal, though? My hunch is: Not very. Republicans are reacting on a gut level to the disgusting humiliation we’re enduring in Kabul, wanting to see the Marines put a hurt on the Taliban and get everyone to safety. And with so much of modern GOP politics defined by reflexively opposing whatever the Democrats want to do, it was inevitable that Biden doubling down on withdrawal and then executing it in the most half-assed manner possible would cause a righty backlash. If Trump were in charge now and beating the “end endless wars” drum, is there any doubt that a majority of righties would be with him?

Consider this op-ed by Mike Pence, crowing about the terrible “peace” deal that the Trump White House reached with the Taliban last year and blaming the jihadi takeover of Afghanistan on Biden for breaking the deadline Trump had set for withdrawal. It’s bullsh*t on stilts, writes Thomas Joscelyn:

The only thing the Taliban did (with some exceptions) was refrain from attacking Americans as the U.S. retreated. We should be glad the Taliban didn’t kill any Americans from Feb ‘20 on, but it also turned all of its guns on the Afghans in a campaign to win the war.

Biden owns this chaotic withdrawal. The incompetence on display is obvious for all to see and deserves to be criticized. But Trump’s deal with the Taliban was rubbish – perhaps the weakest diplomacy in U.S. history. The Taliban was glad to watch the U.S. retreat.

This is what failed American leadership looks like – from both parties.

As bad as the deal was, though, I don’t recall much upset among righties when it was struck. The mood at the time was celebration that Trump was ending an endless war in the expectation that the Taliban, of all people, would fight terrorists so that the U.S. wouldn’t. If Biden had struck that deal instead, we’d consider it almost as much of a farce as what’s playing out in Kabul today. It’s all partisan nonsense.

We’re not a serious country when it comes to foreign policy, Tom Nichols said yesterday, citing these new poll results from Reuters. Who could disagree? Americans want to withdraw on schedule — but also surge troops in. The end was going to be bad no matter what — but we should have stuck it out another year.

Americans. Don’t. Know. All they know is that the other party is bad and dumb and whatever they’re doing at a given moment internationally is also bad and dumb. And Republicans happen to be right in holding that position this week.

MAGA should figure out what its posture is on Taiwan, though, since that conflict is coming next. “America First” says we don’t send our boys to die for someone else’s freedom halfway around the world. But projecting strength requires that we punch the ChiComs in the throat if they start getting aggressive about expansionism. Which is it? Let Taiwan get crushed under Beijing’s boot or have the U.S. endure another bloodbath in the Far East leading to all but certain defeat?