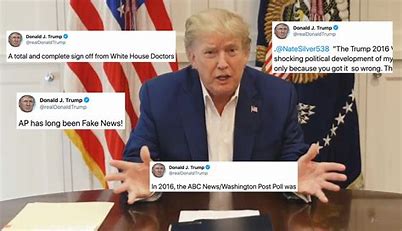 Elon Isn’t Just Buying Twitter. He’s Exposing Corruption That Goes All The Way To The Top.

There aren’t a lot of new insights I come across where I sit dumbfounded, but this was one of them. A huge kudos to Sundance over at Conservative Treehouse for shedding some light on the mostly-unknown world of Big Tech.

As bad as Twitter and the entire tech oligarchy is, it would appear that the situation is worse than even imagned. Shadow banning of conservatives isn’t fair – or legal, if Twitter is indeed the new public square – but things are about to really heat up if Sundance’s insights and Elon’s recent actions prove meaningful.

In short, Musk either intentionally or unintentionally stumbled upon the fact that Twitter’s servers might be, or probably are, owned by several world governments and almost assuredly our own. The next time you consider the fact that the sitting President of the United States was banned, just imagine THOSE ramifications.

Sundance takes over from here:

“What Elon Musk appears to be doing is perhaps the biggest story that few understand. I share this perspective having spent thousands of hours in the past several years deep in the weeds of tech operating systems, communication platforms, and the issue of simultaneous users.

What Twitter represents, and what Musk is attempting, is not what most would think.

In the big picture of tech platforms, Twitter, as an operating model, is a massive high-user commenting system.

Twitter is not a platform built around a website; Twitter is a platform for comments and discussion that operates in the sphere of social media.  As a consequence, the technology and data processing required to operate the platform does not have an economy of scale.

There is no business model where Twitter is financially viable to operate…. UNLESS the tech architecture under the platform was subsidized.

In my opinion, there is only one technological system and entity that could possibly underwrite the cost of Twitter to operate.  That entity is the United States Government, and here’s why.”

“Within the systems of technology for public (user engagement) commenting, there is no economy of scale.  Each added user represents an increased cost to the operation of the platform, because each user engagement demands database performance to respond to the simultaneous users on the platform.  The term “simultaneous users” is critical to understand because that drives the cost.

According to the Wall Street Journal, Twitter has approximately 217 million registered daily users, and their goal is to expand to 315 million users by the end of 2023.   Let me explain why things are not what they seem.

When people, users, operate on a tech platform using the engagement features, writing comments, hitting likes, posting images, links etc, the user is sending a data request to the platforms servers.  The servers must then respond allowing all simultaneous users to see the change triggered by the single user.

If you understand the cost increases in the data demand for simultaneous users, you can see the business model for Twitter is non-existent.”

“With 217 million users, you could expect 50 million simultaneous users on Twitter during peak operating times.  My back of the envelope calculations, which are really just estimations based on known industry costs for data performance and functions per second, would put the data cost to operate Twitter around at least $1 billion per month (minimum).  In 2021, Twitter generated $5.1 billion in revenue, according to the Wall Street Journal.

There is no business model, even with paying subscribers, for Twitter to exist.  As the business grows, the costs increase, and the costs to subscribers would grow.  So, what is going on?”

“If my hunch is correct, Elon Musk is poised to expose the well-kept secret that most social media platforms are operating on U.S. government tech infrastructure and indirect subsidy.  Let that sink in.”

John Fetterman Calls GOP A Disgrace For Voting To Overturn The...