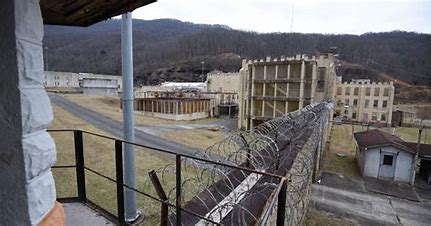 Humberto Morales allegedly recruited his own allies to work as prison guards, and they were the ones that brought the drugs and illegal cell phones into the facility, according to documents obtained by the Louisville Courier-Journal. The cell phones were necessary for not just the fentanyl orders, but for organizing the violence the network engaged in around metropolitan areas of Tennessee.

The multi-million dollar drug ring was responsible for “horrific assaults” and at least one killing, according to the Louisville Courier Journal. Morales allegedly took advantage of a security breach within CoreCivic, a company that manages prison facilities, in order to obtain illegal cellphones, the outlet reported, citing documents.

One incident linked to the prison drug ring involved the 2019 kidnapping of a 22-year-old woman in Tennessee by drug traffickers, who chopped her hand off with a hatchet, according to the Louisville Courier Journal.

Morales was serving a 48-year sentence for a home invasion robbery when he was operating the ring, according to the Louisville Courier Journal.

Where is fentanyl coming into the US?

The answer: In the remote Arizona deserts, where Border Patrol is undermanned and where Sinaloa cartel is on the mountains in Mexico scouting the border.

From my latest border trip, where I spoke with the BP union’s VP Art Del Cueto: pic.twitter.com/Acj4XctvTn

“When you’re talking about these kingpin-type guys and these gangsters … they’re gonna be really dangerous with a phone in their hands,” the former director of the Drug Enforcement Administration’s (DEA) special operations division, Derek Maltz, told the Louisville Courier Journal.

“They can figure out who the key witnesses are,” Maltz explained. “Next thing you know, they’re using that device inside the prison to threaten, in some cases hurt or kill witnesses.”

Neither the Tennessee Department of Corrections, nor CoreCivic responded to The Daily Caller News Foundation’s requests for comment.

US ask for permission from the Taliban terrorist to evacuate Embassy...