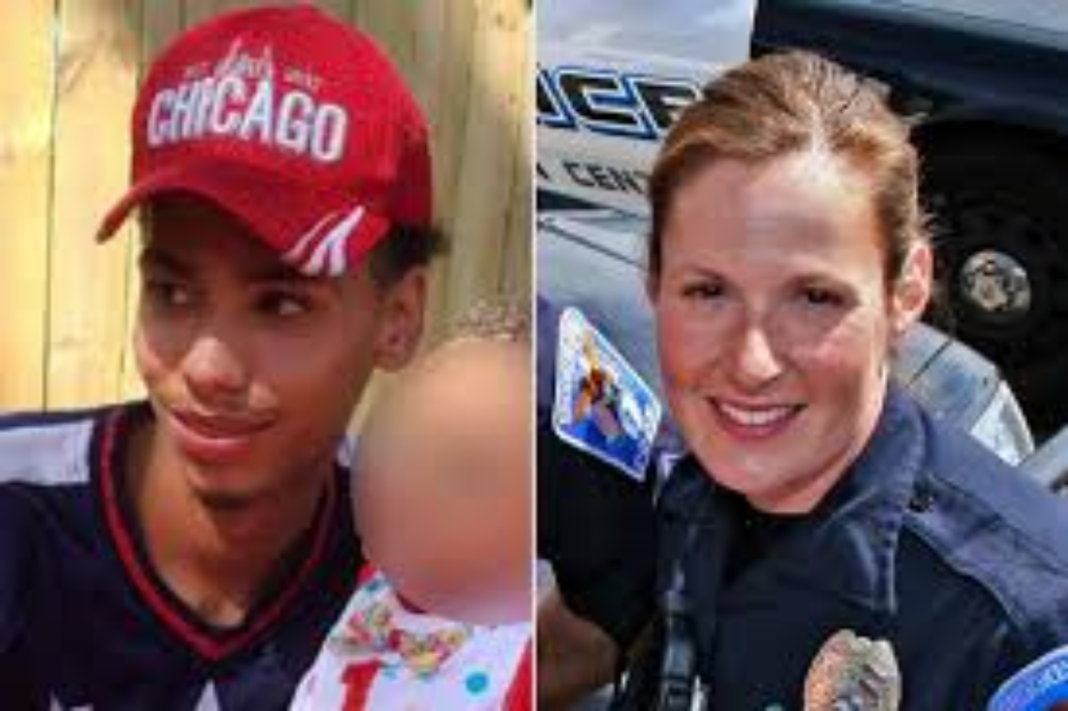 MINNEAPOLIS — Authorities said Friday that a man wanted on a weapons violation fired a gun before deputies fatally shot him in Minneapolis, a city on edge since George Floyd’s death more than a year ago under an officer’s knee and the more recent fatal police shooting of Daunte Wright in a nearby suburb.

Family and friends identified the man killed Thursday as Winston Boogie Smith Jr., a 32-year-old father of three. Shelly Hopkins, who was in a longtime relationship with Smith, told The Associated Press that despite any mistakes Smith has made, he didn’t deserve to be killed.

“I wasn’t there.” she said of Thursday’s shooting. “I don’t know exactly what happened. But I know him. And he didn’t deserve that… He had the best heart out of anybody I’ve ever met in my life.”

Members of the U.S. Marshals Fugitive Task Force were trying to arrest Smith on a warrant for allegedly being a felon in possession of a gun, authorities said. The Marshals Service said in a statement Thursday that Smith, who was in a parked vehicle, didn’t comply with law enforcement and “produced a handgun resulting in task force members firing upon the subject.”

The Minnesota Bureau of Criminal Apprehension said Friday that two sheriff’s deputies — one from Hennepin County and one from Ramsey County — fired their weapons, striking Smith. The state investigators also said evidence indicates Smith fired his gun, saying a handgun and spent cartridge were found inside the car.

Smith died at the scene. State investigators said Smith’s passenger, a 27-year-old woman, was treated for injuries from glass debris.

The Bureau of Criminal Apprehension said the U.S Marshals Service does not allow body camera usage for officers on its North Star Fugitive Task Force and there is no squad camera footage of the shooting. But the U.S. Marshals Service said that while deputy marshals do not wear body cameras, the Department of Justice permits state, local and tribal task force officers to do so.

Waylon Hughes, a close friend of Smith, told reporters that Smith loved music, writing comedy skits and posting them on social media. Hughes said he didn’t know Smith to carry a gun, and Hopkins also said she didn’t know that he had one.

Family and friends called for the release of all footage from security and surveillance cameras in the area along with information about the officers involved. Department of Public Safety spokesman Bruce Gordon said no surveillance video has been identified, but authorities are still investigating.

“This man had a family, and he’s just like anybody else,” said Kidale Smith, Winston Smith’s brother. “(People) always try to pin something on a man and try to identify him as a criminal, especially if he’s Black.”

Smith also questioned the police account of what happened.

“You’ve got seven unmarked cars and you shoot a man in his car. You don’t even give him a chance to get out… You’re the U.S. Marshals,” he said. “You’re supposed to be highly trained men, and you can’t handle a simple situation?”

According to online court records, Smith was wanted for allegedly being a felon in possession of a firearm in 2019.

The felony stems from a 2017 assault and robbery of Smith’s ex-girlfriend. Smith pleaded guilty to one count of aiding and abetting first-degree aggravated robbery for attacking his ex-girlfriend while another woman took her purse. Smith was sentenced to two years in prison, but the prison sentence was stayed for three years, provided he didn’t break the law.

With the felony conviction, Smith was barred from possessing a firearm. In December 2019, he was charged in Ramsey County with two counts of illegally possessing a firearm. According to the complaint, officers arrested Smith on a probation violation and found a handgun under the driver’s seat of the car he had been in earlier.

Smith was also charged with fleeing police in Hennepin County last year. According to the complaint in that case, officers in Bloomington began chasing Smith at a high speed, but stopped when he started driving the wrong way on a highway.

Hopkins said Smith was a spiritual man who prayed before every meal. “The two biggest things he cared about in this world was making people happy and being there for his kids,” she said.

Hopkins said she knew Smith had some court issues, but said police “tried to make a case against him that didn’t exist.” She said Smith had been harassed by police for years and had numerous cars impounded. She said he suffered from post-traumatic stress disorder from his interactions with police.

After Thursday’s shooting, some people vandalized buildings and stole from area businesses, police said. Nine people were arrested on possible charges including suspicion of riot, assault, arson and damage to property. Graffiti reading “Mpls still hates cops” and “No trial for them” marked the building next to the parking ramp where Smith was shot.

There has been tension between police and residents since the deaths of Floyd, a Black man who died last year after he was pinned to the ground by Minneapolis officers, and Wright, a Black motorist who was fatally shot in April by an officer in the nearby suburb of Brooklyn Center.

Tensions in Minneapolis already had risen Thursday after crews removed concrete barriers that blocked traffic at a Minneapolis intersection that has become a memorial to Floyd. Crews cleared artwork, flowers and other items from 38th Street and Chicago Avenue where Floyd was killed, informally known as George Floyd Square, but community activists quickly put up makeshift barriers.

Employees Returning to the Office at Highest Rate