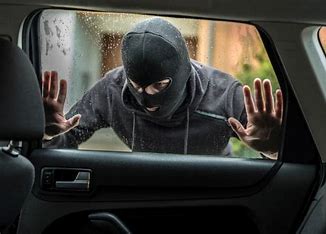 LANTANA, Fla. – A man accused of stealing a car with a 6-year-old boy inside in West Palm Beach and crashing it in Lantana early Saturday was shot by the boy’s father, deputies said.

Palm Beach County Sheriff’s Office spokeswoman Teri Barbera said Lamar Thurman, 29, drove away in the car, which was parked in front of a home on Roberts Lane, while the engine was on and the boy was inside as his father was saying goodbye to friends.

The boy’s father and friends followed the stolen car while calling 911.

As the boy’s father and friends tried to rescue the child from the car, Thurman started to drive off again, Barbera said.

That’s when the boy’s father, armed with a handgun, shot Thurman several times “in an attempt to stop him from fleeing further with his child in the car,” Barbera said.

Thurman crashed the car again about 200 yards away and was taken to an area hospital in critical condition.