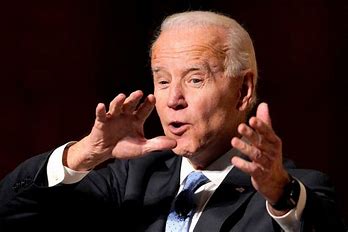 This will end in tears.

In 2010, the year of the ObamaCare backlash, Obama didn’t campaign for a single House candidate — except one. Whether that was by mutual agreement that his presence on the trail would be “unhelpful” or because House Dems simply weren’t inviting him to their districts, The One stayed away from individual races. Which was a rational strategy. The last thing a party wants to do is remind angry voters why they’re angry.

But in the waning days of the campaign, Obama made an exception. He swooped into Virginia to support Tom Perriello, a loud-and-proud liberal who had flipped a red district in the Democratic wave year of 2008 and then boldly voted for ObamaCare despite the risk that posed to his candidacy. “We always say we want integrity from our elected officials. And you know what? This is a test case in Charlottesville,” Obama told an excited crowd at a rally for Perriello held a few days before the election.

Maybe Biden has reflected on all of that and concluded that things would have turned out differently if only Obama *had* campaigned more aggressively that fall. Whereas I reflect on it and conclude that a president whose approval is in the mid- to low 40s is a major liability to his party whose presence on the trail is, at best, no help.

But look at it this way. Given the magnitude of the Republican landslide that’s shaping up, Biden probably can’t make things much worse. If he’s looking for an excuse to throw roundhouses at the right knowing that his party is doomed either way, he might as well turn the midterms into a personal soapbox.

He’s gearing up for intense midterm campaigning built around hammering Republicans, as he tries to save Democrats in the House and Senate, but also to tee up a reelection campaign that for now is expected to be announced by next spring.

Biden is frustrated that journalists aren’t calling out Republicans for, as he sees it, giving up their principles in pursuit of power, according to a dozen people familiar with the President and his inner circle. He’s eager to unleash on the GOP ahead of the midterm elections but worries that doing so could endanger his last remaining hopes for bipartisan legislative wins…

Just as Trump is using his midterm endorsements and rallies to cut what could be a path of his own for 2024, Biden sees the next six months as his own opportunity to capitalize on his brand.

“He’s like Scranton in his mind,” said one person who has spoken to the President, referring to the Pennsylvania town where Biden was born and that he often references. “There was a boom, then a bust, but the value hasn’t changed. Only the fleeting market interest has.”

Biden doesn’t have a “brand.” And there was never any real “market interest” in him. His brand in 2020 was Not Trump, which only works when Trump himself is on the ballot. Dems are hoping to re-create that dynamic this year now that Trump is back on the trail himself and campaigning for candidates like J.D. Vance, but I’m skeptical that it’ll work for two reasons. One: Trump was also a presence in Glenn Youngkin’s gubernatorial race last November and that didn’t stop Virginians from preferring Youngkin to Democratic establishment retread Terry McAuliffe.

I’m skeptical that Trump’s approval rating is really that high but go figure that some “soft” anti-Trumpers might be nostalgic for the Trump economy as terrible new inflation reports trickle in day by day. CNN reports today that “Biden keeps telling his team that if he can just get out of the White House more he’ll be able to convince more people — Americans and lawmakers — to support his agenda,” a line that made me laugh out loud and not just because oratory isn’t Joe Biden’s strong suit. His “agenda” in the eyes of most voters is high inflation, full stop. He can stand there for an hour at a rally and babble about Build Back Better or whatever but the reality of life in America during the Biden presidency will remain what it is.

Which brings us to this new data from Marist:

The Emerson poll mentioned above also sees gruesome numbers for Biden among Hispanics, with his approval currently 35/60 among that group. The share of Hispanics who say the economy is the most important issue facing the country is also the largest of any demographic. A working-class cohort struggling through a period of skyrocketing inflation doesn’t want to hear much about the president’s “agenda,” I’d imagine.

There’s news from RCP today as well. The Republican lead in the generic ballot is now the biggest it’s been all year, thanks partly to rosy data from some right-leaning outfits:

Not since November of 2021 have Democrats touched as high as 44 percent on the generic ballot. The midterms are going to be ugly.

The best one can do in finding good news for liberals today is this new Ipsos data suggesting that the culture wars over education, e.g., CRT and “don’t say gay,” don’t seem to matter much to most parents. “Just 18% of parents say their child’s school taught about gender and sexuality in a way that clashed with their family’s values; just 19% say the same about race and racism; and just 14% feel that way about U.S. history.” Eighteen percent is a big game-changing number *if* it includes a meaningful share of swing voters. But the people complaining about indoctrination in this poll are probably righties who were already committed to voting Republican this fall.