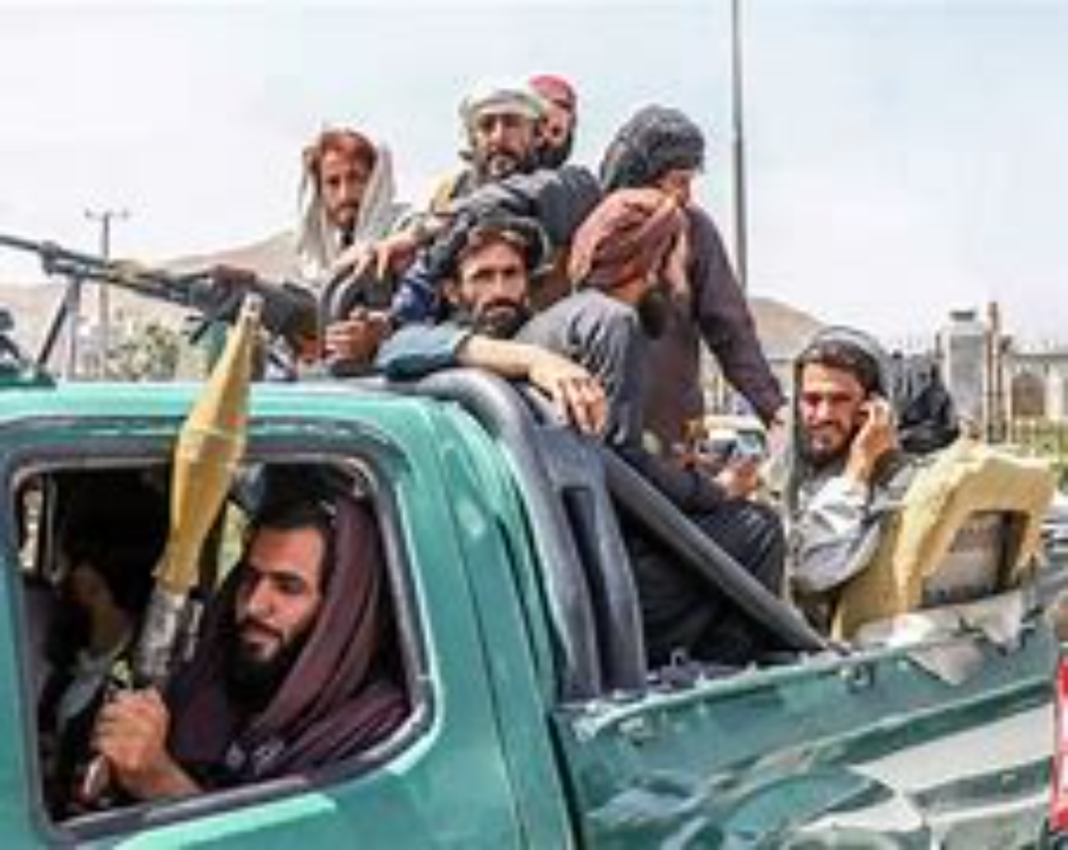 A knock at the door could spell doom.

That’s the new reality for many Afghans who feel they have most to fear from the Taliban and have gone into hiding or are staying off the streets since the fighters swept to power this month.

Those hunkering down include employees of the collapsed government, civil society activists and women. They are desperate for news that they might be granted asylum somewhere else.

They fear a massive rollback of women’s rights, or they are distrustful of the Taliban’s promises that they won’t seek revenge on former adversaries and that they want to form an inclusive government as the U.S. ends its 20-year war.

One of those in hiding is Mobina, 39, a journalist from the city of Mazar-e-Sharif. After the Taliban overran her city, she fled with her two children and has found refuge in a safe house in Kabul.

“We are asking ourselves ‘What is next?’ We are crying because nothing can be fixed,” Mobina said.

Elsewhere in the Afghan capital, Mumtaz is huddled with his family in their apartment. His father worked for the government and his brother was killed in a grenade attack in 2010 in Laghman province, where the Taliban have long been active. The family made a run to Kabul’s airport after the Taliban entered the city on Aug. 15, but they encountered huge crowds, chaos and gunfire and went back home.

They haven’t left the apartment since. Their anxiety grew after a neighbor warned them a group of armed men were looking for them. It is not always clear whether those knocking on doors or spreading fear are Taliban or criminals freed from prison during their sweep through the country.

“We can’t go out. We just ask our neighbor to bring us food. … We are really scared,” said Mumtaz, 26, who recently graduated from law school. He said he has lost all sense of time.

Mobina and Mumtaz spoke on condition they be identified only by their first names, fearing reprisals. Both said they have not received threats directly from the Taliban so far.

Taliban fighters have set up checkpoints throughout Kabul, stopping motorists to ask where they are headed or checking car papers. There have also been some reports of Taliban going door to door in search of former government workers and civil activists.

Such reports could not always be independently verified, and it’s not clear if they indicate that Taliban leaders are saying one thing and doing another, or if some on the ground are taking matters into their own hands. There is no indication of large-scale house-to-house searches.

Taliban commanders have said they have instructions to confiscate government property, including weapons and cars, but that they have told their men to respect private property. Taliban leaders have also encouraged government workers to return to work.

Still, there are growing signs of restrictions.

In the province of Sar-e-Pol, the Taliban issued a list of directives. They included banning music, Western-style dress, and jobs that require women to appear in public. The punishment for transgressions is beating. Girls in the city of Herat, the country’s third-largest, meanwhile, were allowed to return to school as long as their teachers were women, or elderly men.

Some say it is in the interest of the Taliban not to revert to the brutality they displayed when they ruled from 1996 to 2001. In those years, they denied girls and women the right to an education, barred them from the public life, meted out brutal punishments, such as cutting of the hands of thieves, and carried out public executions.

Today, the Taliban will depend on foreign donor assistance to run the country, and may have a motive not to alienate the international community.

But those looking to leave the country fear that may not be enough, expressing concern what will happen as time passes and international focus falls elsewhere.

Mobina, the journalist, is in hiding with 25 people. The others include heads of civil society groups, women’s rights defenders and leaders of development projects.

They are too scared to leave the safe house. They say they hear Taliban fighters are roaming the streets, stopping women and asking them where their male escort is. Under the Taliban’s previous rule, women were required to have such an escort.

“Our friends are sending us money so we can afford to eat,” Mobina said. “That is how we know we aren’t forgotten.”

And yet, the way out of Afghanistan is also treacherous.

Evacuations are being organized largely by embassies prioritizing their own nationals and the Afghans who worked directly with them. But thousands of other at-risk Afghans don’t immediately qualify.

Those who are approved for evacuation face huge crowds at the airport, and Taliban patrols make it difficult for travelers to reach the gates. Stories abound of failed attempts over successive days.

Many others struggle to even reach the airport. Humaira Sadeq, the co-founder of the Afghan Women’s Media Network, said women who fear they are on the Taliban’s radar are advised to take precautions when they travel to Kabul from the outlying areas, including leaving behind mobile phones and covering up with a burqa.

Sadeq managed to get out of Afghanistan after the Taliban seizure of the capital and traveled to another country. She spoke on condition that country was not named.

Now she spends sleepless nights fighting to get her fellow activists out. She submitted 22 names to an organization helping people leave, but none have made it onto evacuation lists yet. Sadeq said that some of the women don’t have passports or are stuck in the provinces.

Women’s rights activists say the world’s seeming disregard for their fate was apparent when the United States, starting under then-President Donald Trump, negotiated a deal directly with the Taliban, bypassing Afghan political leaders and civil society groups. The deal, signed more than a year ago, included the terms and timetable for a withdrawal of foreign troops.

“The U.S. made a deal with the Taliban on our behalf,” said Zubaida Akbar, an activist now based in the U.S. She works with FEMENA, a women’s organization that is helping Mobina and others with temporary housing and trying to get them on evacuation lists.

President Joe Biden called the anguish of trapped Afghans “gut-wrenching” and insisted that the U.S. would work to help get vulnerable Afghans, including women leaders and journalists, out of the country.

Mobina said she can’t bring herself to tell the young women who looked to her for inspiration that she is trying to leave.

“If there was any chance for me to stay, I would,” she said.