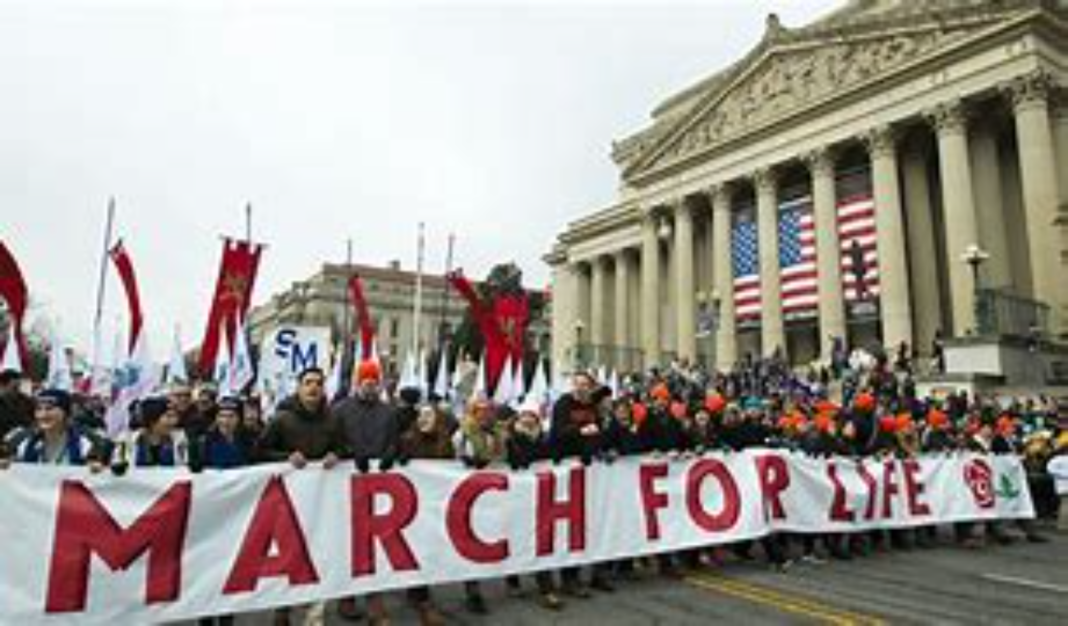 The 2022 March for Life will lean into a theme of equality for the unborn, the event’s organizers said Wednesday, as they announced the annual march’s theme: “Equality Begins in the Womb.”

“The pro-life movement recognizes the immense responsibility this nation bears to restore equal rights to its most defenseless citizens in the womb,” March for Life President Jeanne Mancini said during the Wednesday announcement at The Heritage Foundation. “Since [the 1973 Roe v. Wade Supreme Court decision], scientific advances have undeniably confirmed the humanity of the unborn, and today most Americans agree there should be significant limits on abortion.”

“To this end, we hope the Supreme Court honors the existing constitutional protections for the unborn as they hear arguments in Dobbs v. Jackson Women’s Health Organization,” Mancini said. “No child’s life, either here or abroad, should be threatened by the injustice of abortion.”

Actor Kirk Cameron will speak at the January 2022 march, and Grammy Award-nominated songwriter Matthew West will perform, the March for Life announced. The Rev. Mike Schmitz, a Catholic priest who hosts the chart-topping “Bible in A Year” podcast, is the keynote speaker at the event’s Rose Dinner after the march.

The March for Life is a massive pro-life demonstration that has followed the anniversary of Roe v. Wade every year in the nation’s capital since 1974. Thousands of pro-life activists, students, and families flock to Washington, D.C., to demonstrate against abortion and attend the march’s rallies.

Organizers canceled the 2021 March for Life, scheduled to take place only a few weeks after the Jan. 6 Capitol riot. A small group of pro-life leaders opted instead to march for the unborn in Washington on an unpublicized route.

“The protection of all of those who participate in the annual march, as well as the many law enforcement personnel and others who work tirelessly each year to ensure a safe and peaceful event, is a top priority of the March for Life,” Mancini announced Jan. 15, in cancelling the event.

“In light of the fact that we are in the midst of a pandemic, which may be peaking, and in view of the heightened pressures that law enforcement officers and others are currently facing in and around the Capitol, this year’s March for Life will look different,” she said.

“It is my profound honor to be the first president in history to attend the March for Life!” Trump told the crowd that year. “We’re here for a very simple reason—to defend the right of every child, born and unborn, to fulfill their God-given potential.”

“Every life brings love into this world,” the then-president said. “Every person is worth protecting.”