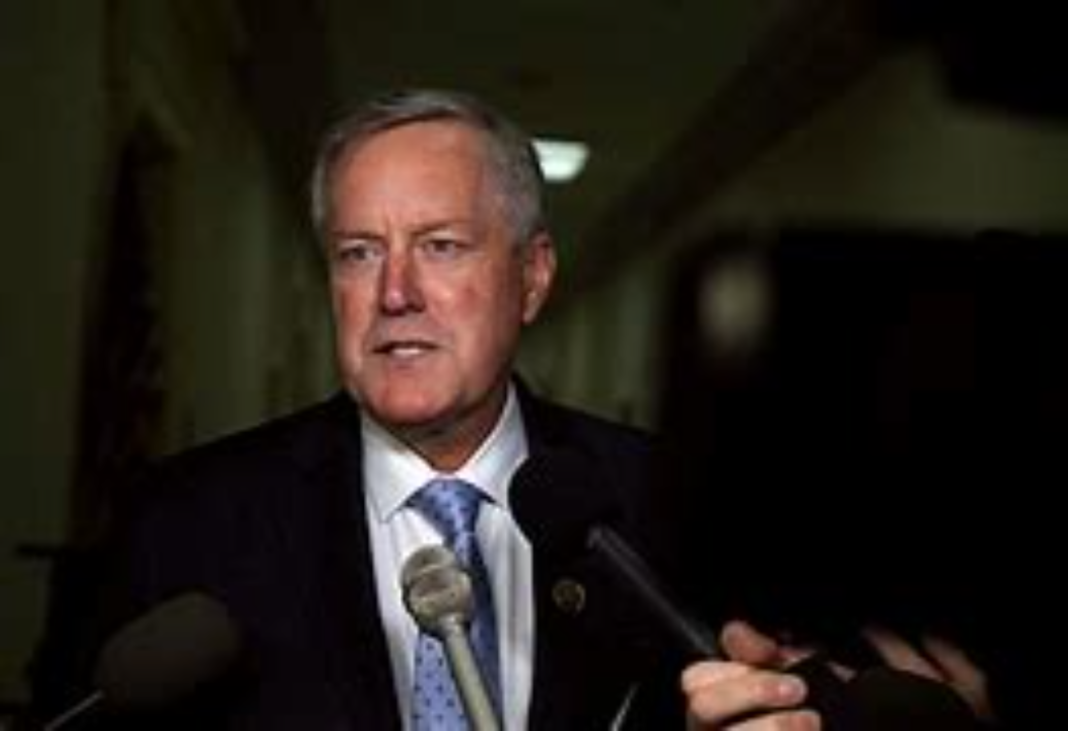 WASHINGTON (AP) — The chairman of the House committee investigating the Jan. 6 U.S. Capitol insurrection says there is still time for former White House chief of staff Mark Meadows to comply with a subpoena before the panel moves forward with a vote to hold him in contempt of Congress.

Rep. Bennie Thompson, D-Miss., said Tuesday that the committee “won’t rush the effort” to make it clear it has given the former North Carolina congressman multiple opportunities to cooperate. At the same time, the panel is prepared to hold Meadows in contempt in the coming weeks if he doesn’t give lawmakers any information about his role, and former President Donald Trump’s, as the Capitol was attacked that day.

The panel is also discussing a vote to hold former Justice Department official Jeffrey Clark in contempt after Clark appeared for a deposition earlier this month and declined to answer questions. Clark is a former assistant attorney general who aligned himself with Trump after Trump lost the 2020 election and pressured the Justice Department to help overturn his defeat.

“We think we are on sound footing at this point, but on the advice of counsel, we want to be able to indicate that we’ve made the best good-faith effort we can to get this information,” Thompson told reporters on Tuesday. He said the panel is unlikely to hold a contempt vote before lawmakers leave town for the Thanksgiving break.

Meadows’ lawyer has repeatedly made clear that he won’t comply with the September subpoena, arguing that Trump has said he will assert executive privilege over the testimony. Meadows was Trump’s top aide at the time of the insurrection, unlike longtime Trump ally Steve Bannon, who was held in contempt by the House in October and indicted last week. Bannon had left the White House years earlier.

The committee has rejected those arguments, especially as the White House has said that President Joe Biden would waive any privilege over Meadows’ interview and as courts have so far shot down Trump’s efforts to stop the committee from gathering information. The House panel has argued that they have questions for Meadows and Clark, as they did with Bannon, that do not directly involve conversations with Trump and couldn’t possibly be blocked by privilege claims.

“We will make a similar expansive argument with Meadows and Clark we did with Bannon,” Thompson said.

“It would be irresponsible for Mr. Meadows to prematurely resolve that dispute by voluntarily waiving privileges that are at the heart of those legal issues,” Terwilliger said.

One area of focus for the panel is Meadows’ personal phone and email, and whether he used it to communicate with others as hundreds of Trump’s supporters attacked the Capitol and beforehand.

“If in fact, he used a personal phone rather than a government phone while he was serving as chief of staff, that limits his argument that he’s protected — or email,” Thompson said.

Meadows, a prolific texter, was known to use a personal cell number during his time as White House chief of staff. That number, which has since been disconnected, was the same as the one he had used as a Republican member of Congress, with an area code from his home state of North Carolina.

In the committee’s September subpoena, Thompson cited Meadows’ efforts to overturn Trump’s defeat in the weeks prior to the insurrection and his pressure on state officials to push the former president’s false claims of widespread voter fraud.

“You were the president’s chief of staff and have critical information regarding many elements of our inquiry,” Thompson wrote. “It appears you were with or in the vicinity of President Trump on January 6, had communication with the president and others on January 6 regarding events at the Capitol and are a witness regarding the activities of the day.”

Bannon surrendered on Monday to FBI agents after he was indicted on Friday on two federal counts of criminal contempt — one for refusing to appear for a congressional deposition and the other for refusing to provide documents in response to the committee’s subpoena.

He appeared before a judge on Monday to face the federal criminal charges and is due back in court Thursday.

Bannon spoke with Trump before the insurrection and predicted on Jan. 5 that “all hell is going to break loose” the next day.

He should run for president as a Republican in 2024

Huge Crowd of People Came Out to Wish Trump a Happy...