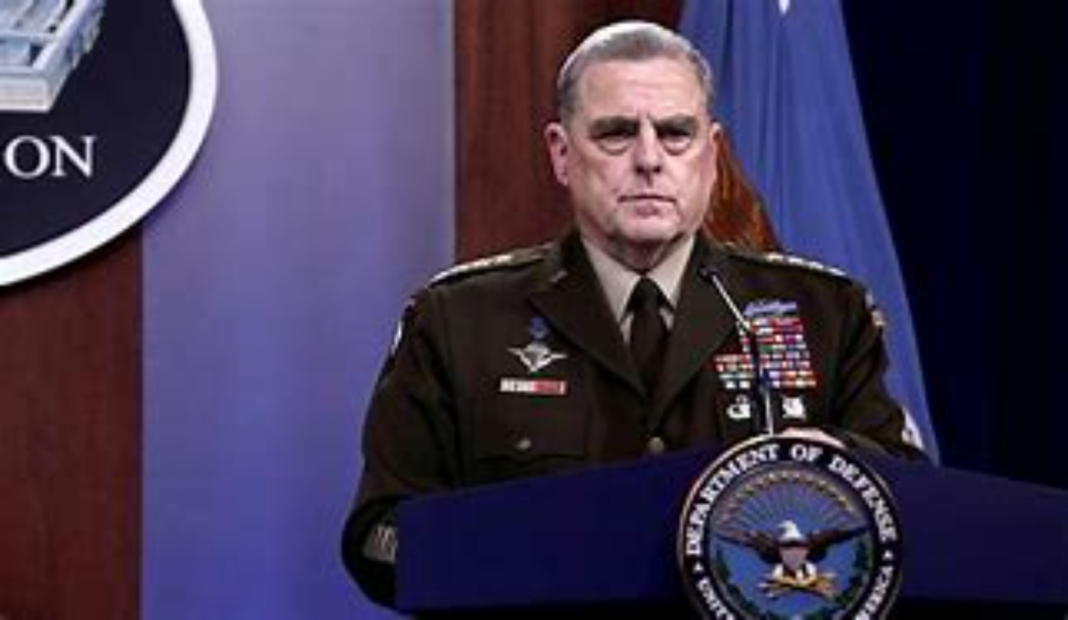 1. Did Milley really tell China’s top general last October that he’d tip him off if the United States was preparing to strike? Quote: “General Li, you and I have known each other for now five years. If we’re going to attack, I’m going to call you ahead of time. It’s not going to be a surprise.”

2. How many other people inside the administration were privy to the phone calls and/or were briefed afterward on what was said? Was Milley operating in secret, outside the chain of command?

No one apart from Woodward and Costa themselves have had anything to say about the first question. It’s still a bare allegation at this point, and in fact neither reporter seems to think there was anything treasonous or rogue-ish about the conversation, as you’ll see in the clip below.

But the answer to the second question gives us a clue about the first. After all, the more officials who know what was said on the call, the less likely it is that Milley said anything questionable. If he had, it likely would have leaked long ago, as John Bolton pointed out to CNN a few days ago. What are the odds that the chairman of the Joint Chiefs of Staff told the commander of China’s army that he’d tip him off to an impending U.S. attack and none of the 15 people who were allegedly listening in told any reporters about it?

Watch around three minutes of Woodward and Costa below. Woodward claims that Milley briefed CIA chief Gina Haspel and NSA head Paul Nakasone, among others, about the calls. Costa confirms that Milley was “reading people in throughout the national security community.” It was also reported last week that Milley’s first call with China in October was done at the behest of then-SecDef Mark Esper after he discovered that Chinese intelligence had warned Beijing, falsely, that the U.S. was preparing to attack. Esper wanted to lower the temperature and enlisted Milley to help. (It remains unclear whether new SecDef Chris Miller knew about Milley’s second call with China in January, although his office reportedly did.)

This wasn’t a case of a military officer freelancing and conducting diplomacy without civilian oversight, outside the chain of command, in other words. Esper was overseeing him in October.

Milley himself told the AP on Friday that his calls with the general were “routine” and were done “to reassure both allies and adversaries in this case in order to ensure strategic stability.” But then, he would say that, wouldn’t he?

On the other hand, how much can we trust Bob Woodward to report a sensational claim with scrupulous accuracy?

My guess is that Milley told the Chinese general something basic to calm him down like “We won’t strike first” and that somehow got turned into “I’ll call you if we decide to strike.” Maybe Milley himself was Woodward’s source and was paraphrasing what he said to General Li for rhetorical effect, to stress how desperate he was to ease tensions at a dangerous moment. If so, he’s made some mess for himself.

Costa says at one point in the clip that Milley was anxious about war with China because he feared Trump was in “serious mental decline.” Apropos of nothing, news broke this weekend that Trump is still sending letters to Brad Raffensperger in Georgia asking him to decertify the 2020 results:

“I do believe they are going to decertify the election,” he said in an interview a few days before that. Needless to say, Milley’s assessment of Trump’s mental state would be no excuse for any dereliction of duty he may have committed, particularly if he went around the chain of command to do it. The military has no role in gauging the president’s fitness for office; that falls to Congress under impeachment and the cabinet under the 25th Amendment. The military’s duty is to obey the lawful orders of the commander-in-chief unless and until civilian leaders step in and remove him for being incapable of doing the job. At a minimum, if Milley thought Trump was unwell, he should have brought his concerns to Mike Pence and the congressional leadership instead of taking any matters into his own hands.

But. If it’s true that he thought Trump was in “serious mental decline,” you can understand how he arrived at the conclusion that he did.

I’ll leave you with this insightful interview with WaPo reporter Josh Rogin, who says the truth about Milley’s phone calls is less sexy than Woodward and Costa make it out to be but still interesting as an example of dysfunction within the Trump administration. It wasn’t Milley who “went rogue” last October by chatting with China’s general, it was the entire Pentagon, starting with Esper. The defense department was freelancing deescalation with China unbeknownst to the White House. But the reason they were doing that wasn’t because they feared Trump was losing his marbles. It was for the more banal, petty reason that Trump wasn’t on speaking terms with Esper and Milley after the Lafayette Park fiasco last summer. The administration’s left hand didn’t know what its right hand was doing because bruised egos led to a breakdown in communication. If anyone “went rogue,” it appears to have been Esper more so than Milley.