Home News Marsha Blackburn:Where in the hell is Kamala? when we need her at... 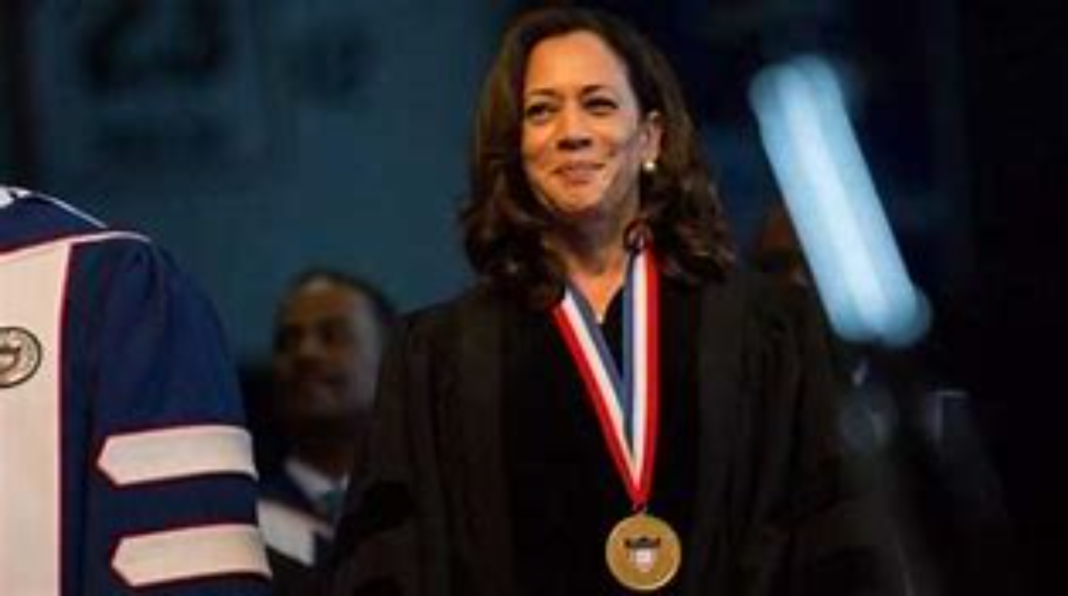 Senator Marsha Blackburn (R-TN) toured the southern border in the Rio Grande Valley on Friday. She received a briefing from Texas Department of Public Safety officials, took a night tour of the border, and spoke with Texas ranchers and landowners dealing with the Biden border crisis. She got a first-hand view that some Biden administration officials have not bothered to do. One of those officials is Vice-President Kamala Harris, the border czar. One Texas rancher asked a simple question, “Where’s Kamala?” It’s the same question we’ve been asking since March when Biden handed his self-inflicted border crisis to her.

It’s a reasonable question. How can Kamala manage a crisis if she doesn’t know what she is managing? She cannot possibly get a full understanding of the Biden border crisis without touring the Rio Grande Valley and other locations being used for illegal migration. Senator Blackburn pointed out the burdens faced by landowners and those who work on land along the southern border. The crisis is not of their doing yet they are left to deal with it.

Blackburn also toured a riverine in South Texas, viewed unfinished parts of the border wall and met with sheriffs, as well as ranchers who had been affected by the surge of illegal migrants coming across the border.

Ranchers showed the senator how their fences had been destroyed and outlined the enormous costs of repairing them left up to them, along with the cost of rounding their cattle back up and losing crops.

“This is something they have to deal with, they’ve done nothing wrong, it is just that their ranches and farms are close to the border,” she said.

“Where’s Kamala? Where in the hell is she?” one rancher asked. “How come she didn’t come down here?”

We know Kamala wasn’t leading a delegation of top officials from the Biden administration to Mexico City for meetings with Mexican government officials. She was in New Jersey. We know that Joe Biden has never been to border areas in the Rio Grande Valley. The one time that Kamala came to Texas on the pretense of showing interest in the Biden border crisis she went to El Paso which has few problems escalating from an open border. The city uses concrete barriers and other deterrents to secure its border. There were no inconvenient photographs of illegal aliens wading across the Rio Grande River or boats piloted by human traffickers and drug cartels heading for the Texas border. Her visit was sanitized, with limited press opportunities. Most importantly, it was meaningless.

Border Patrol agents told Blackburn that they support reimplementing the policies and agreements made by the previous administration because they were successful in managing the southern border. They would like to see the Remain-in-Mexico policy (MPP) in place, keep Title 42 in place, and end catch and release policies.

The Biden administration included an announcement that he canceled more border wall contracts in the Friday afternoon news dump. Contracts were canceled in both Laredo and in the Rio Grande Valley.

The Department of Homeland Security on Friday said it would cancel the remaining construction contracts for former President Donald Trump’s border wall.

The contracts related to two sections of the US-Mexico border in Texas: Laredo and the Rio Grande Valley area, the DHS said in a press release.

The move came months after the Biden administration cancelled two contracts that spanned about 31 miles of the US-Mexico border in Texas.

DHS said it planned to begin environmental studies for border barrier “system projects.” However, those “activities will not involve any construction of new border barrier or permanent land acquisition,” it said.

There is no relief in sight being offered by the Biden administration. The lack of attention is proof that this is all an intentional plan by Biden to leave the southern border open, to not enforce immigration laws, and to encourage more illegal aliens crossing the border by his political rhetoric. The word spread quickly that Biden would end deportations and not bother arresting illegal aliens except in the most violent of cases. They know that once they get here, they will likely be allowed to stay.

Senator Blackburn rightly pointed out that the Biden border crisis isn’t limited to Texas and other border states, it is a nationwide concern. Human trafficking and drug trafficking, for example, spread across the country and become problems for all states.

The Tennessee lawmaker said that the crisis at the border was the number one issue for her constituents, particularly the human trafficking, sex trafficking, drug trafficking and other effects that it has on non-border states.

“Because [President] Biden will not secure this border, every town is a border town, every state is a border state and Tennesseans are very concerned about this,” she told Fox, as gunshots rang out behind her from the Mexican side of the border.

Meanwhile, Biden is enjoying some time at his beach house, Kamala is enjoying some bakery treats, and DHS Secretary Mayorkas continues to tell his big lie that the border is closed. Is it any wonder that the migrants continue to come?