Home Politics Massachusetts: Who are the Thugs called ‘Rise of the Moors’? 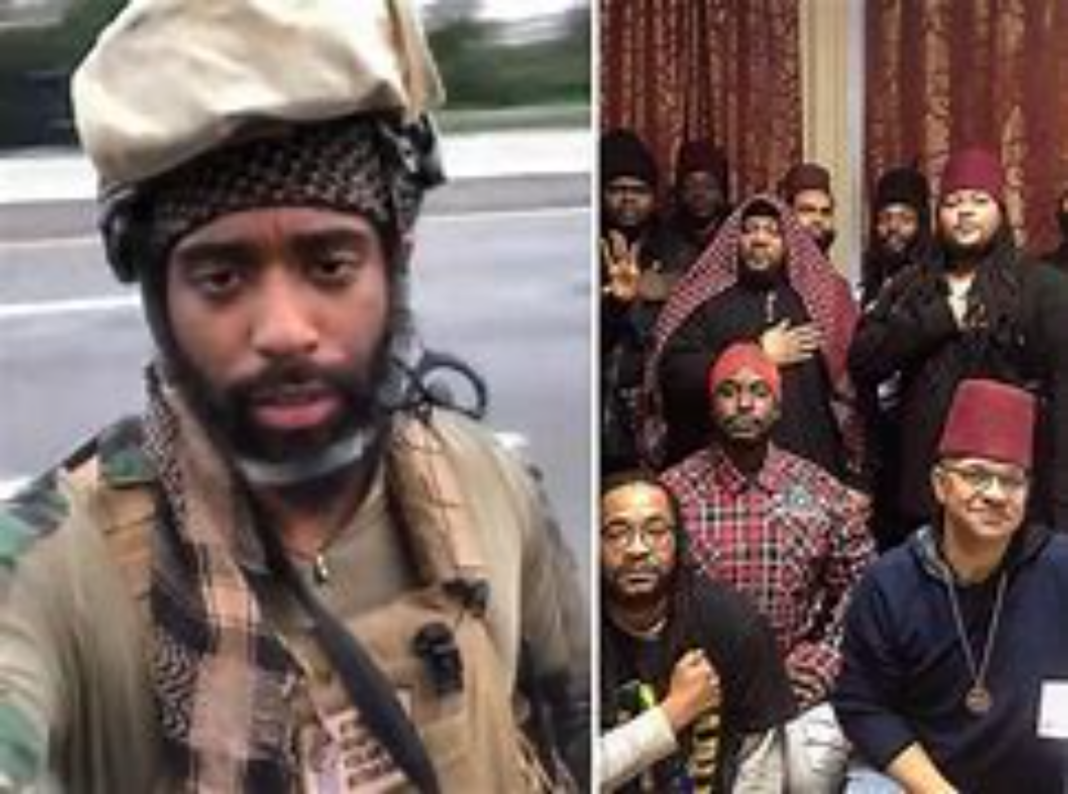 Eleven people armed with long guns and dressed in tactical gear who claimed to be a part of group called “Rise of the Moors” were arrested following an hours-long standoff with Massachusetts police over the weekend.

Police said they found heavily armed men in two vehicles near Interstate 95 around 1:30 a.m. on Saturday. A nine-hour standoff ensued before all 11 were arrested. No one was harmed in the incident.

The men arrested range in age from 17 to 40 and hailed from Rhode Island, New York and Michigan. Two of the men refused to identify themselves and a third is a 17-year-old whose name will not be released because he’s a minor, police said.

Not guilty pleas were entered on behalf of all the defendants, who are being without bail pending a Friday hearing, The Associated Press reported.

Massachusetts State Police Col. Christopher Mason said the men identified themselves as part of a group called Rise of the Moors and said they were traveling from Rhode Island to Maine for “training.” It was unclear what that training involved.

According to the group’s website, Rise of the Moors is a group of “Moorish Americans dedicated to educating new Moors and influencing our Elders.”

The group is headquartered in Rhode Island, according to its website. The group did not respond to ABC News’ request for comment.

He said the group draws much of their beliefs and inspirations from ancient civilizations including ties to the Aztecs, the Olmecs and other native peoples.

“They tend to reference all these past civilizations with the idea that they’re somehow entitled to, or there’s somehow a lineage there, that affords them the right to essentially disassociate themselves from the U.S. government,” Cruz said.

Because they refuse to abide by American law, group members can end up in tense situations with police, Cruz said.

“So a lot of these groups don’t tend to register their firearms, they don’t register their vehicles, that tends to be a recipe for disaster, especially if law enforcement is involved, because they tend to essentially become quite standoffish,” he said.

In the Massachusetts incident, police said they had asked the men for drivers licenses and gun licenses, but the men said they didn’t have any.

The Moorish sovereign citizen movement emerged in the early 1990s as an offshoot of the anti-government sovereign citizens movement, and more specifically, the Moorish Science Temple of America, according to the Southern Poverty Law Center..

The Moorish Science Temple of America was created in 1913, but not all MSTA are linked to sovereign citizens, according to the SPLC.

According to the Moorish Science Temple of America’s website, the temple is a “divine and national movement” that teaches about Moorish identity, which under their definition, means Black Americans. They practice Islam and denounce the sovereign citizens movement and identify as U.S. citizens.

ABC News has reached out to the Moorish Science Temple of American for comment.

Some Moorish sovereigns believe that a 1787 treaty between the U.S. and Morocco — a claim that SPLC says is “fictitious” — grants them immunity from U.S. law, the center reported. Some groups create their own birth certificates, passports, driver’s licenses and vehicle registrations, according to SPLC.

This perceived immunity from local authority is used to justify refusing to pay taxes, buy car insurance, register vehicles, and “defraud banks”, the center reported. The movement has no unified leadership and consists of small groups, most of which operate in the Southeast, Northeast and Midwest U.S., according to the SPLC.

Despite experts classifying the group as sovereign citizens and anti-government, Col. Mason said that the “self-professed leader” of the group of 11 men arrested “wanted it very much known that their ideology is not anti-government.” He noted he can’t confirm that they are “validated members” of the group.

Ken Gray, a retired FBI special agent and professor of criminal justice at the University of New Haven, told ABC News that sovereign citizens “tend to be more of a law enforcement nuisance than they seem to be a violent group.”

“They seem to be much more involved in tying people up in legal problems, making false claims on property, not paying taxes,” he said.

“This group here said that they were going up to conduct training and they were outfitted in camouflage clothing, carrying body armor, and had long guns with them. But that does not necessarily mean that they were planning to do something violent, it could very well be that they were training like that for defensive purposes,” he added.

Cruz said the SPLC has reported seeing the Rise of the Moors group participate in paramilitary training before, but the location of the training is unknown. He said it’s uncommon to see sovereign citizen groups participate in such training.

He warned the public to be wary of such groups, saying sovereign communities, “tend to prey on people who have fallen on hard times, and are not necessarily aware of what it means to be part of a sovereign nation.”

“With the Moorish groups especially, they try and tailor their message to bring in Black and brown folks with the idea that their sovereign nation will provide opportunities and a more equitable society for folks,” Cruz said. “A lot of times people get caught up in that and don’t realize that essentially what they’re espousing is illegal. You can’t just grab a car and drive it wherever you want. You can’t just squat in homes and make them your own. You can’t just carry around firearms and not have them registered.”

The teenager was released to parental custody while the 10 adults are being held at the Billerica House of Correction on $100,000 cash bail, authorities said.

On Tuesday, in Malden District Court, most of the men rejected the charges against them and most said they’d represent themselves. The court entered not guilty pleas on their behalf, according to MassLive.

ABC News could not immediately contact any lawyers for the men. Further hearings will take place Friday.