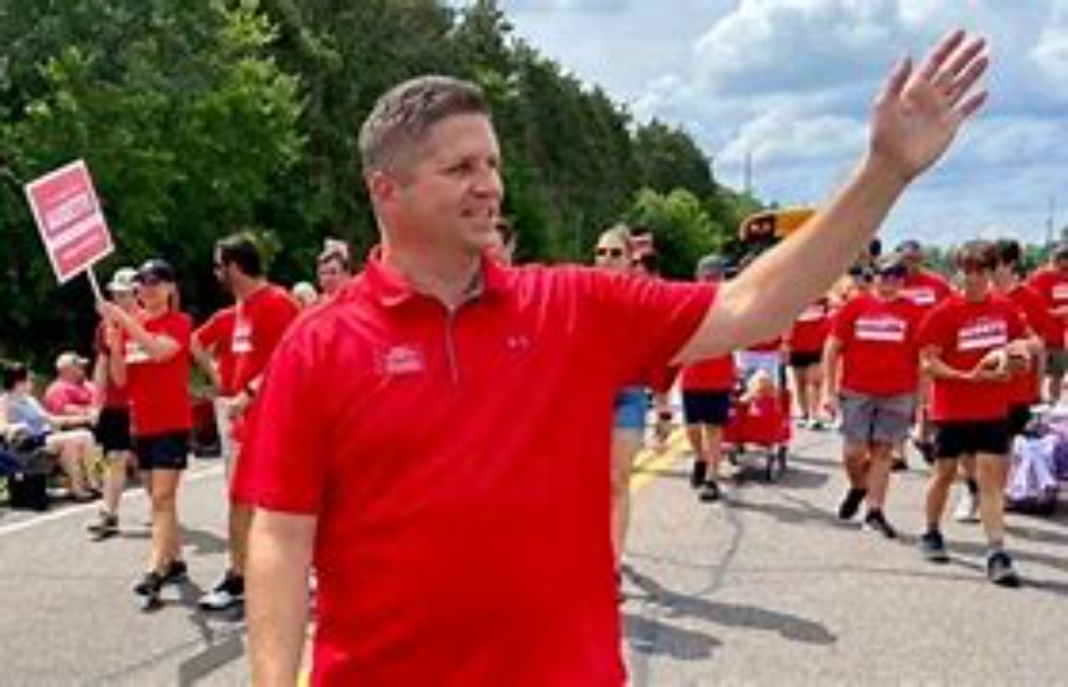 The Anoka-Hennepin School District, which includes suburbs of Minneapolis, comprises 34 schools and 37,880 students. Three of the six seats on the school board were up for election Nov. 2.

Though school board races in Minnesota are nonpartisan, Audette ran as a self-defined conservative. Central to his campaign strategy was advocating the removal of critical race theory, a divisive, Marxist-based ideology, from the district’s schools.

“When I started to run on this, I ran as a conservative … and I was opposed to critical race theory,” Audette, 46, said in a phone interview with The Daily Signal. “And I’ll tell you, the parents in our area are very opposed to it.”

Audette said the Anoka-Hennepin School District denied that critical race theory was being taught as part of the curriculum, but conceded that “they’re doing a lot of professional development for teachers using these principles.”

“I had teachers who supported me,” he said. “They would send screenshots of the professional development they were doing, and it was unquestionably these CRT principles. And so we knew that at a minimum, it was being taught to teachers. And then, once teachers have it, they take it to a regular classroom.”

Audette also campaigned on getting kids back in school after the pandemic, remote learning having affected him and his two sons personally.

Minnesota Gov. Tim Walz, a Democrat, first temporarily ordered schools to close March 15, 2020, before formally announcing the next month that schools would remain closed for the rest of the school year.

While elementary schools were given the option to reopen in January 2021, middle schools and high schools wouldn’t open again until a month later.

“We tried for like the whole year to get [school closures] reversed and really weren’t successful. But as we did that, all of the parents started to talk about how we just don’t have a voice: ‘We need to get somebody on the school board who thinks like we do, you know, we’re not being represented fairly,’” Audette said, “All of that led to me giving it serious thought. Ultimately, I decided that I should do it. So I did.”

Minnesota traditionally leans to the Democrats. The state went for Joe Biden over Donald Trump in 2020, 52% to 45%. Two of the past three governors belonged to the state’s Democratic-Farmer-Labor Party.

Audette defeated Dave Dirkswager to win his seat with 67% of the vote. Dirkswager is the husband of incumbent Anna Dirkswager, who didn’t seek reelection.

Opponents of critical race theory were able to claim four school board seats, including Audette’s, in three school districts across the state. Those candidates were Maureen Eigen for the Alexandria School Board, Cinta Schmitz for the Lakeville School Board, and Eric Tessmer for the South Washington County School Board.

The ideology has made its way into K-12 education as well as the highest echelons of the arts, academia, and the military.

Pushback against the growing influence of critical race theory in K-12 education was a crucial part of the gubernatorial race in Virginia, where Republican Glenn Youngkin defeated Democrat Terry McAuliffe on Nov. 2 by vowing to ban the framework in the state’s public schools on his first day in office.

A series of political action committees, or PACs, including Fight for Schools and the 1776 Project, have sprung up to support candidates such as Audette who prioritize getting critical race theory out of schools.

The 1776 Project is an organization founded by Ryan Girdusky and named in contrast to The New York Times’ 1619 Project. The PAC backed Audette in his race for school board, along with 54 other candidates across the country; 40, including Audette, won.

“Matt [Audette] very clearly seemed like somebody who was willing to do the work, so it was worth investing in his race,” Girdusky said.

Jonathan Butcher, The Heritage Foundation’s Will Skillman fellow in education, agreed that critical race theory and the work done by PACs such as the 1776 Project played a role in these school board elections and likely will in races to come.

“You had candidates for school board elections going around the country who made critical race theory a part of their campaigns, or spoke out about the issue as they were running,” Butcher said. “Even in places that have been known to vote Democrat, you know, what you would call blue counties or blue areas. Even there, you had candidates winning school board races.”

For Audette, keeping critical race theory out of schools and focusing on subjects that matter, such as reading and writing, is crucial.

“Parents don’t want critical race theory,” Audette said, when asked what he would like to achieve. “And from what we can see, the district is in the process of slowly installing it. So I would like to … stop that from being at school [and] to focus on reading, writing, and math and science, and take the political agenda out.”