Home 2022 Midterm Elections Matthew Dowd:run for Lt Governor of Texas as a Democrat 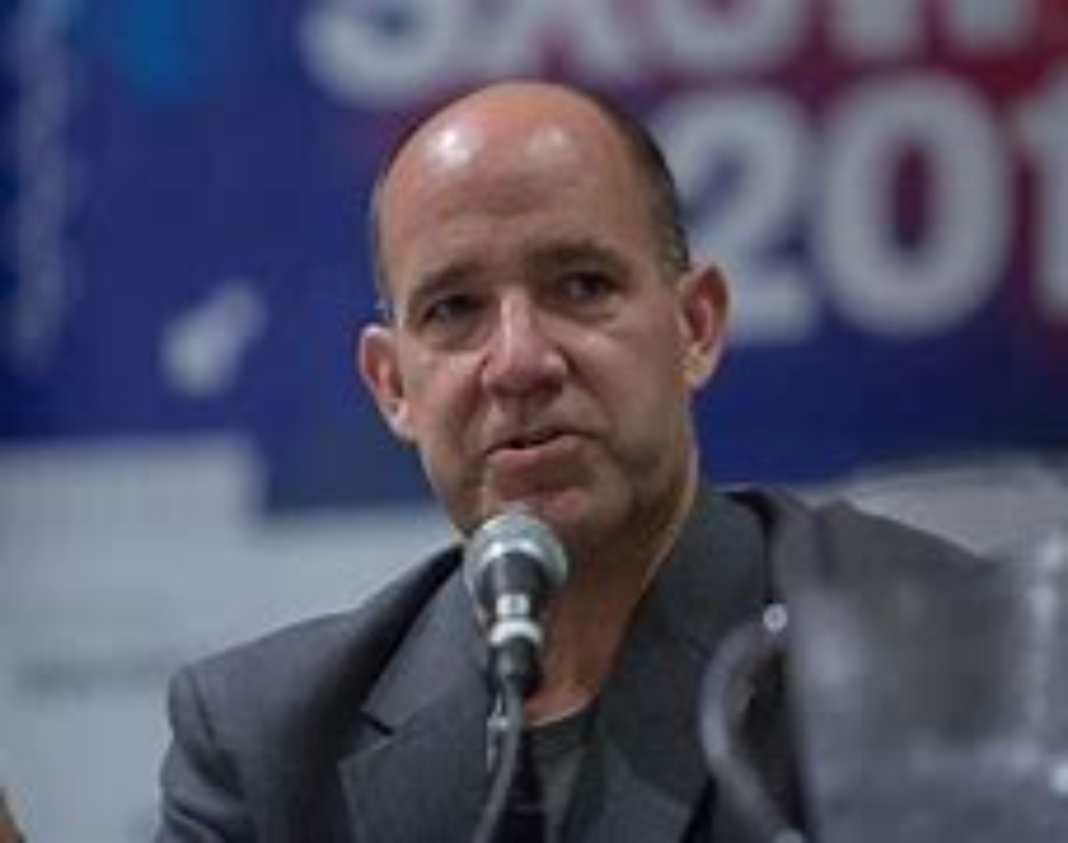 What does a washed-up political strategist do when his network television political commentator gig runs out? If that person is Matthew Dowd, he decides to run for Lt. Governor of Texas. He is the latest in a string of former Bushies who have shown their true colors and are now active Democrats.

To be fair, Dowd was always a Democrat in Texas. He worked for Bob Bullock, the last Democrat elected in 1994 as Texas lieutenant governor. George W. had a good working relationship with Bullock during his time as governor. Bush frequently spoke of that friendship, proud to be able to work with Democrats in Texas. Dowd is going back to his roots after a failed attempt to help get a third party going in Texas. The lieutenant governor is a powerful position in Texas and Dowd wants power, apparently. How does a Beto O’Rourke – Matthew Dowd ticket sound? Democrats are excited.

Dowd is running as a Democrat for Lt. Gov against Dan Patrick. https://t.co/IPHLL2GN7U

Fellow former Bushie and NeverTrumper Steve Schmidt, now working for The Lincoln Project, was quick to show his support. I’m surprised I haven’t seen a Lincoln Project attack video on Dan Patrick yet.

This is great news for @BetoORourke and bad bad bad news for the political extremists @GregAbbott_TX and @DanPatrick. It takes money to win. PLEASE DONATE TODAY 👇 https://t.co/1fKcEtywam

The video Dowd is running is interesting. He starts by saying he’s angry but sounds calm and passive. He does get a little more aggressive in tone as the video progresses but it’s mostly to attack Dan Patrick, often in personal terms. That’s the thing about professional Republican NeverTrumpers – the outrage over mean tweets and indelicate language was never the reason they opposed Trump. Politics is often a vulgar business. It’s because the NeverTrumpers we see on television and online are the ones who were made irrelevant during the Trump years. Some tried to get jobs in the Trump administration and failed so they sought revenge.

I would post tweets from Dowd’s Twitter account but he blocked me a long time ago. How will his thin skin serve him during a rough and tumble Texas primary against Dan Patrick? I guess we’ll find out. Dowd calls Patrick “cruel and craven” in the campaign video. The tone of his campaign has been set. He points to the January 6 riot on Capitol Hill and Texas legislature sessions as events that caused him to pull the trigger and run.

In an interview with The Texas Tribune, Dowd said he started seriously considering running for office after the Jan. 6 attack on the U.S. Capitol by supporters of President Donald Trump who were trying to stop the certification of last year’s presidential election. But it wasn’t until after the state’s legislative session that Dowd really focused on Patrick as his target.

“Watching the legislative session and how horrendous it was — not only what the lieutenant governor didn’t do, but also what he did do,” Dowd said. “This summer, I started thinking maybe I should run and remove this guy so I don’t have to be embarrassed about our own state.”

Dowd said Patrick failed to lead on fixing the electric grid after millions of Texans lost power for days during winter storms in February and has refused to take action to address the cost of health care in the state, even as he made it more difficult for local officials to address COVID-19 by going against the recommendations of doctors and scientists.

He oddly conflates the job of Patrick with that of Governor Abbott. Abbott has the final say on policies and Patrick hasn’t been in charge of addressing the pandemic in Texas, for example. Patrick publicly supports the governor’s decisions but otherwise has played a secondary role, as you would expect. Dowd promises to roll back recent laws signed into effect.

Instead, Dowd said, Patrick pushed “culture war” issues such as an elections bill that opponents say will disenfranchise voters of color and a near-total abortion ban in the state. And following mass shootings in El Paso and Odessa in 2019, Patrick responded by pushing for a law that allows Texans to carry a handgun without training or a license.

Dowd would roll back all three of those laws, which he said were pushed by Patrick and the “5 percent” of people on the far right of the GOP who swing primary elections.

“Right now, Dan Patrick is a tyranny of the minority,” he said.

Dowd is stuck in the 1990s. He said he wants to run as a “Bob Bullock, Ann Richards Democrat.” Those were the last two Democrats elected as lieutenant governor and governor. George W. Bush beat Richards for the governor’s race when she ran for re-election, so there’s that. Democrats in Texas, for the most part, aren’t interested in governing as old-school liberal Democrats. They’ve moved on to Democratic Socialists like Beto O’Rourke. Now that George W. Bush has turned his back on the Republican Party in many instances, I wonder if he’ll endorse Dowd.

When asked a perfectly reasonable question – why not just run for governor?- Dowd whiffs. He says he’d love to work with Beto and holds a fantasy that if Abbott wins re-election (he will) then he will be a counter to Abbott in office as the lieutenant governor. Dowd is all for teachers setting political agendas in classrooms, by the way, including supporting the teaching of Critical Race Theory. He fails to understand that teachers work for parents and the children, not the other way around.

Dowd also said he’d allow educators to teach history in schools without fear of repercussions, a dig at another law, the so-called “critical race theory” bills that Patrick supported during this year’s legislative sessions.

But several of the issues Dowd highlights in his campaign ad, like the elections bill and restricting the actions local officials can take, were pushed by Abbott. So why not run against him?

“Whoever’s running for governor can make that argument to what Abbott’s done,” Dowd said, adding that Patrick has pushed Abbott’s actions to the right, making him “unreasonable.”

“If he disagreed with those things he could have done something about it,” he said. “Dan Patrick has enabled this, facilitated it and made it worse.”

Dowd said he hopes a Democrat wins the governor’s seat and that he would “love to work with Beto” O’Rourke, the former El Paso congressman who has not declared his candidacy.

“But if it’s Greg Abbott, I’m gonna do everything I can to stop his continuous attack on Texans,” he said.

As I wrote above, Dowd has gone back to his roots as a Democrat. The only time he worked for a Republican was for Bush. We’ll see if he gets any challengers in the Democrat primary.

MAGA:Democrats stage Justice for J6 Rally so they can use it for next year election