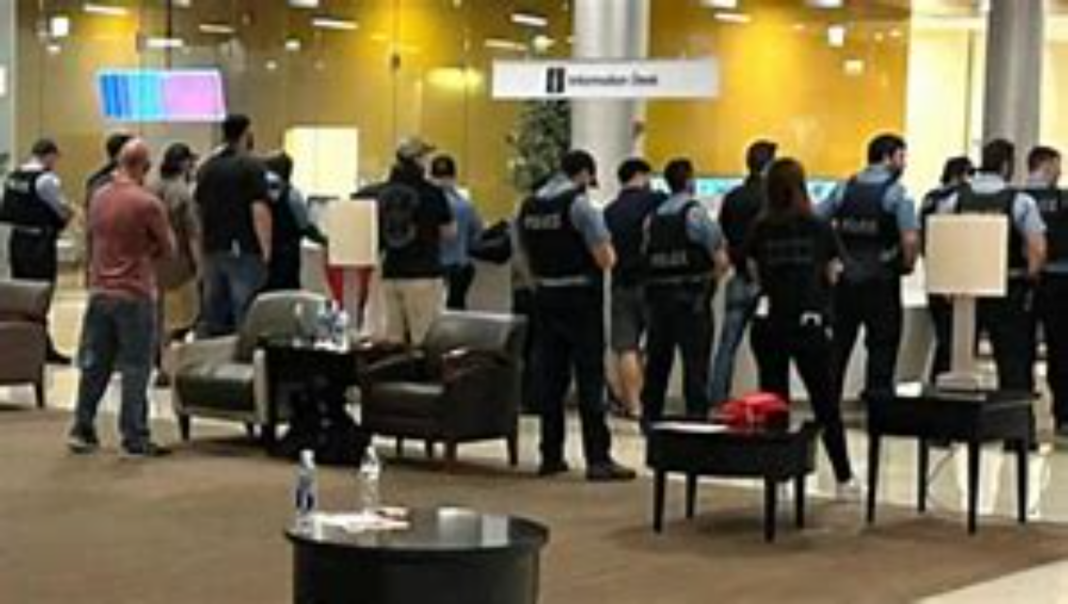 This past weekend, a Chicago police officer was murdered and her partner was critically injured when they were ambushed by a hail of gunfire as they conducted a traffic stop in West Englewood.

29-year-old officer Ella French was shot and killed in the tragic Saturday night attack. She had just returned from maternity leave.

The other police officer who was with French was wounded and is currently fighting for his life at the University of Chicago hospital.

Late Saturday night, Hundreds of fellow officers gathered outside the Medical Center in a breathtaking show of solidarity to support their injured “brother” and murdered “sister” who were ambushed just hours before.

Scene outside the hospital in Chicago last night, with @Chicago_Police officers packed in patch to patch following the shooting that killed their sister and critically wounded their brother. #EnoughIsEnough #FidelisAdMortem pic.twitter.com/bOWUaZQv55

Chicago Mayor Lori Lightfoot, who’s incompetence has directly led to a massive surge in violent crime in the city, also made a visit to the hospital.

As she approached the 30+ grieving officers and the patients family, it was clear she was not welcome.

When Lightfoot tried to address the group, they all walked to the other side of the room and turned their backs on the disgrace of a mayor.

Here is your police turning their backs on Lightfoot speaking at the hospital. Use at your leisure sir Alderman pic.twitter.com/GX2NzVEss6

Chicago’s Fraternal Order of Police President John Catanzara explained the incident to the Chicago Sun Times:
“The police officers’ decision to turn their backs on the mayor while waiting with the family on the 7th floor was significant. Turning their backs on the mayor was an excellent example of how the hundreds of police officers felt waiting outside the hospital.”

“They have had enough and aren’t going to remain silent anymore.”

Just minutes before the officers turned their backs, the wounded officer’s father “excoriated” Lightfoot and blamed her for what happened when she tried to offer him her condolences.

Nobody is buying her weak excuses anymore.

The officers who were ambushed were just two of 86 people who were shot over another bloody weekend in Chicago. French was one of 13 who fell victim to their wounds and passed away.

Despite her anti police policy and rhetoric that encourages this surge in violent crime, the egomaniac mayor said her chilly reception at the hospital was “to be expected” and blamed it on “emotions running high” in a statement that her office released on Monday. She also doubled down on blaming “guns” for bringing violence to the streets.

What about the criminals pulling the trigger?

She is completely delusional. Chicago would be so much better off with someone competent running the city.

Fascism: Nicaragua cracking down on the opposition leaders