Home Politics Mayor Pete Buttigieg is one of the worst Secretary of Transportation, He... 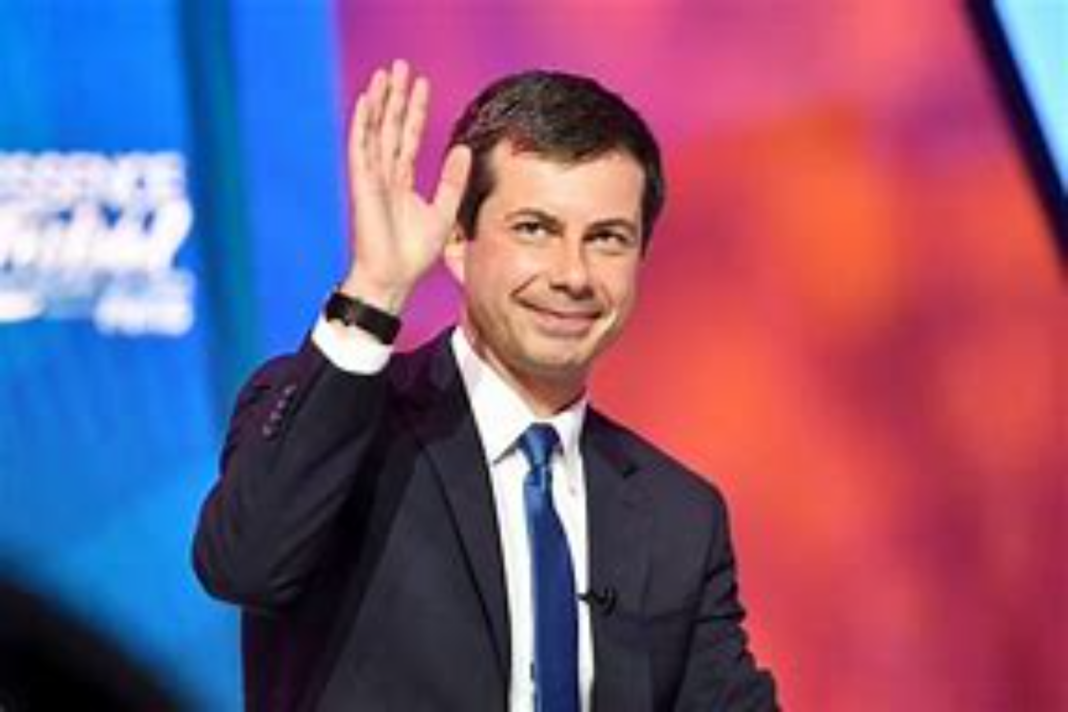 Pete Buttigieg has been away from his desk at the Department of Transportation for two months and no one noticed until this week. He’s been home on paternity leave since the birth of his twins. Normally, we might just shrug our shoulders and say who cares? These are not normal times, though, and there is a transportation crisis going on that has to be handled. The supply chain is facing severe disruption and cargo ships are backed up trying to get their goods unloaded in American ports, especially in California. Where’s Pete?

Politico had a piece about Pete going missing, having only now realized it, too, apparently. The liberal site dragged conservatives for noticing Pete’s absence and questioning where the Secretary of Transportation is these days. The chaos in the supply chain and the difficulties facing shipping companies and trucking companies all fall under his department’s supervision. Perhaps conservative outlets and social media were asking questions on Pete’s whereabouts because, though he recently began turning up in liberal outlets for interviews, he was absent from conservative networks. In his political career pre-birth of the twins, Mayor Pete was a frequent guest on both liberal networks and on Fox News. He is or was a go-to person to speak for the Biden administration. Just as the pain from the supply chain disruptions was being noticed and felt by most Americans, suddenly Pete went missing.

The Politico piece went on to explain family leave policy in government jobs and compared Pete’s leave to others like a U.S. senator and the Acting Director of the Office of Management and Budget. Ok, but that’s an apples and oranges comparison. A cabinet secretary is in a different position. The country can function smoothly during the absence of a senator during maternity leave, the same with an acting OMB director. However, cabinet secretaries have certain responsibilities unique to being a member of a presidential cabinet. If he planned to go on a two-month paternity leave, why didn’t he make that announcement public and formally declare his deputy secretary of transportation in charge? He has one. Her name is Polly Trottenberg and she was sworn in back in April. She’s actually an experienced public servant in transportation who, at least on paper, looks like she could do the job.

This is what happens in identity politics. The Democrats cater to checking boxes when making personnel decisions instead of concentrating on experience and problem-solving abilities. In this case, Mayor Pete was hired to check the identity box of the first gay transportation secretary. Buttigieg was rewarded for his loyalty to Biden, campaigning for him during the presidential campaign. Loyalty is a common qualification for political appointments but Buttigieg had only been the Mayor of South Bend, Indiana, and had no other experience in political office. According to reports, Pete wasn’t a great mayor. “Pothole Pete” was his nickname because of his lack of ability to address that problem in the city of 120,000 residents. If he couldn’t get the potholes filled in a small city, what made anyone think he could run America’s transportation system? Yes, he referenced his love of trains on occasion but that doesn’t make him a train engineer.

If it were not for the escalating transportation crisis at hand, Pete could still be home with the babies and no one would be the wiser. People are now talking about Christmas being ruined because toys and other items may not be available to purchase. Stuff got real, real quick. (I’ll take a moment to point out that despite a shortage in delivery of goods made overseas, Christmas will still happen. The birth of the son of God will still be celebrated, choice of presents received or not.)

A spokesperson for the Department of Transportation told Politico that Buttigieg has been “mostly offline” as the bipartisan infrastructure package was derailed by Democratic bickering and the supply chain crisis escalated to the point at which Christmas could be ruined for millions of Americans.

Buttigieg’s secret absence has coincided with a precipitous decline in President Joe Biden’s approval rating, which stood at 50 percent in mid-August. It has since fallen below 44 percent, according to the RealClearPolitics polling average.

Pete finally made an appearance on Fox News on Friday to be interviewed by Bret Baier on Special Report. He spoke about his paternity leave and he insisted that he worked from home when necessary. That contradicts his own office’s statement that he “has been mostly offline” though. He went on to tout the bipartisan infrastructure package that has been agreed on as the solution to the country’s woes, as well as the pie-in-the-sky reconciliation bill moving around now. When pressed by Baier, who asked several times, why Buttigieg didn’t simply press Pelosi to bring the bipartisan bill up for a vote in the House, he whiffed. He said something about being too humble to tell the Speaker of the House how to do her job. Baier’s point was that half a loaf is better than no loaf but Pete didn’t budge.

During an appearance on MSNBC Friday night, Pete pushed back on mostly conservative criticism. He framed his defense around a “pro-family administration”.

“What we have right now is an administration that is actually pro-family,” the former South Bend mayor said on MSNBC Friday. “I’m blessed to be able to experience that as an employee being able to have the flexibility to take care of our newborn children, which is by the way work. It’s joyful work. It’s wonderful work, but it’s definitely work.”

I’ll note the irony that a man who is on paternity leave is touting the Biden administration, the most pro-abortion administration in American history. He, of course, was promoting taxpayer-funded family leave and mandates on companies to provide paid time off for new parents or for family caregivers.

Press Secretary Jen Psaki circled back to give an assist to Mayor Pete as another elected official spoke up on his behalf.

Also proud to work in an Administration that is fighting to make paid leave a reality for everyone, and with people like @SecretaryPete who are role models on the importance of paid leave for new parents https://t.co/Zby6W6XoNo

Here’s the thing – Pete Buttigieg is a member of the president’s cabinet. He is not an ordinary elected official and his presence on the job is required, especially during a national crisis. He’s inept but he has people around him, we hope, that know what to do to ease the situation. I don’t begrudge him the opportunity to spend some time with newborn babies. His lengthy paternity leave right now, and as the shipping crisis grew along with supply chain problems, shows a true lack of judgment. The economy is at risk while he stays home. He has to handle both roles as other parents do. A week home with the babies when he first got them? Ok. Put the deputy secretary in charge and go home for a week. Then come back and get back to work. That’s how this works. Pete is showing his inability to perform his role in the president’s cabinet and he needs to be held accountable, new parent or not. Fire him.