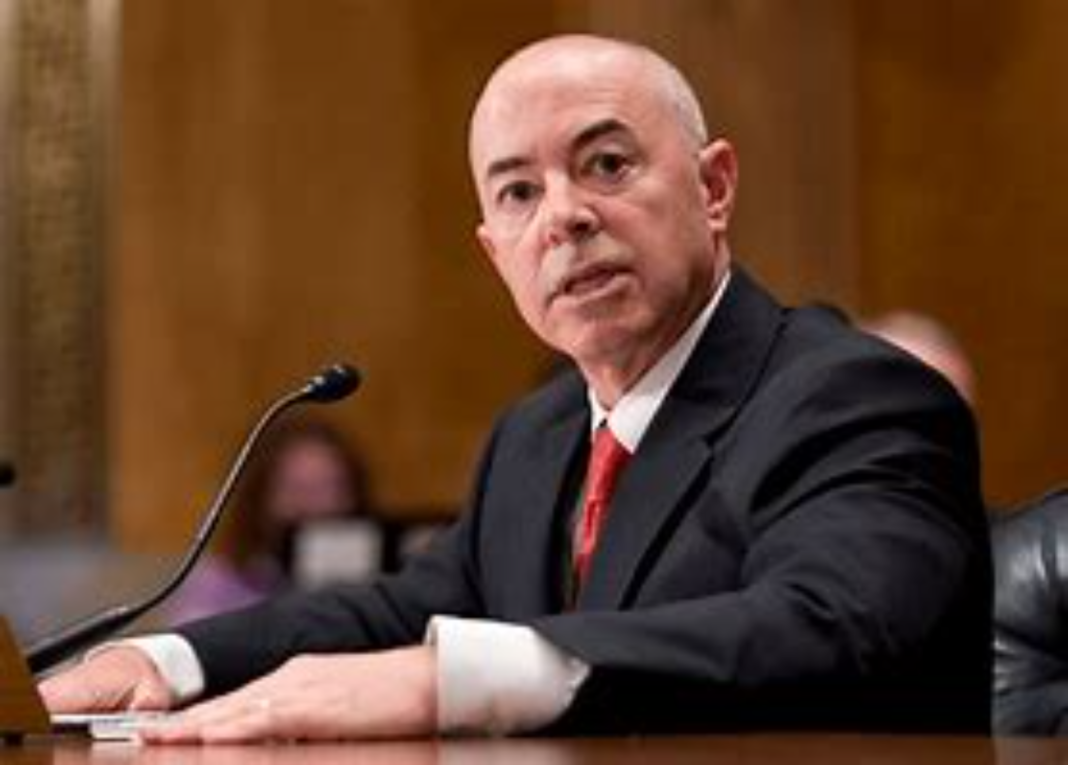 Homeland Security Security Alejandro Mayorkas said on Sunday that he will travel to the southern border soon. Soon is today, as it turns out. Word is that Mayorkas is traveling to Del Rio for a briefing, ground zero for the Biden border crisis.

Sleepy Joe’s polling numbers are tanking and his self-made border crisis is a big part of it. Nothing produces a focus in attention as bad poll numbers for politicians. Team Biden must be alarmed because suddenly some good things are happening. Jazz wrote earlier about the removal process of the thousands of Haitians under the international bridge in Del Rio now underway. That’s a start. It remains to be seen if the flights out of the area continue to return the Haitians to their country. Mayorkas is set to meet with “state and local partners” to address the situation. Hopefully, he steps out of the comfort of an air-conditioned meeting room and physically goes to where the action is – the makeshift migrant tent camp under the bridge. Let him go to see with his own eyes the sight of this humanitarian disaster.

His visit is to check on the surge of personnel and resources currently in progress at the border.

“We certainly are experiencing a challenging situation, but we are surging resources and we have a multipronged approach to this,” Mayorkas told CNN on Sunday. He said that so far the administration had added 600 agents as part of a surge in the region and was working with with American Red Cross and World Central Kitchen to bring supplies and food to people.

Mayorkas discouraged more people from rushing to the border to try and enter the U.S., especially during the COVID-19 pandemic.

“We have sent a very clear message early on in light of the fact that we are in the midst of a pandemic, that the border is not open and people should not take the perilous journey here,” he said. “We are returning people to other countries.”

We remember Kamala going to Central America and discouraging people from making the trip to the U.S.- Mexico border and we saw her plea had absolutely no effect. In fact, the flood of migrants has worsened. Mayorkas may think the administration’s message was clear but not so much, as it turned out.

Lawmakers, including Rep. August Pfluger, R-Texas, have said the situation was sparked in part by a halt to deportation flights by the Biden administration. Pfluger said Haitians and others who were waiting in Central America took that as a green light to come to the U.S.

“So when those flights were stopped by the U.S. government…they got the word and it was like ‘go time,’” he said.

The number of migrants had reached 4,000 on Wednesday, then skyrocketed to nearly 15,000 as of Saturday afternoon, Pfluger told Fox News

There are pictures of Border Patrol agents on horseback maintaining order among the migrants. How long will all of that last as the migrants understand that they will likely be flown back to Haiti?

DHS announced Saturday it was taking a number of additional steps to address the matter, including ramping up deportation flights to Haiti, moving people from Del Rio to other processing centers, and having Border Patrol emergency medical technicians in Del Rio to provide water, towels and portable toilets.

Will Mayorkas have the courage to meet with locals who are living with this humanitarian and public health crisis in their community? One local landowner and wife of a Border Patrol agent would like some questions answered. She said the situation is “beyond bad” and “out of control.” She is concerned for the safety of her family which includes her three daughters.

“We would like to hear this actually get called what it is, which is a crisis,” she told Jones. “It is a border crisis. It’s a humanitarian crisis. It’s a health crisis. And, I mean, it’s a security crisis right now.”

“It would be great to have some support and, unfortunately, our town, our community, our citizens and our agents, our DPS [Department of Public Safety], our troops, nobody is getting that support,” Anderson added.

She said, “I would love to ask, what happens when 13,000 people find out that deportations are going to be happening and decide to leave that fenced-in area?”

“Our law enforcement agencies that are down there, are they ready and prepared, and I mean fully prepared to take all measures that are necessary to control 13,000 angry people and keep them from taking their anger out on our town? I don’t know,” Anderson continued.

“We’ve had everything from a DPC pursuit that ended in a bailout,” she told Jones.

“We had illegals running through the back end of our property towards our house.”

“We’ve had footprints from illegals, because there is nobody else on our property walking around in the middle of night, underneath our daughters’ bedroom windows,” she added.

Anderson also noted that she recently had to chase a group of illegal immigrants who were near her back door away from her home, stressing that the situation has been “terrifying.”

Who can blame her for her concerns? How long would this situation continue if it was happening to property owned by Biden, Harris, or Mayorkas? That’s a rhetorical question. We know the answer.