Roce Today – Politics, Opinions, Gun Rights,Pro-Life and Border Wall
Home Politics McCarthy: would be hard not to hit Pelosi with a Gavel if... 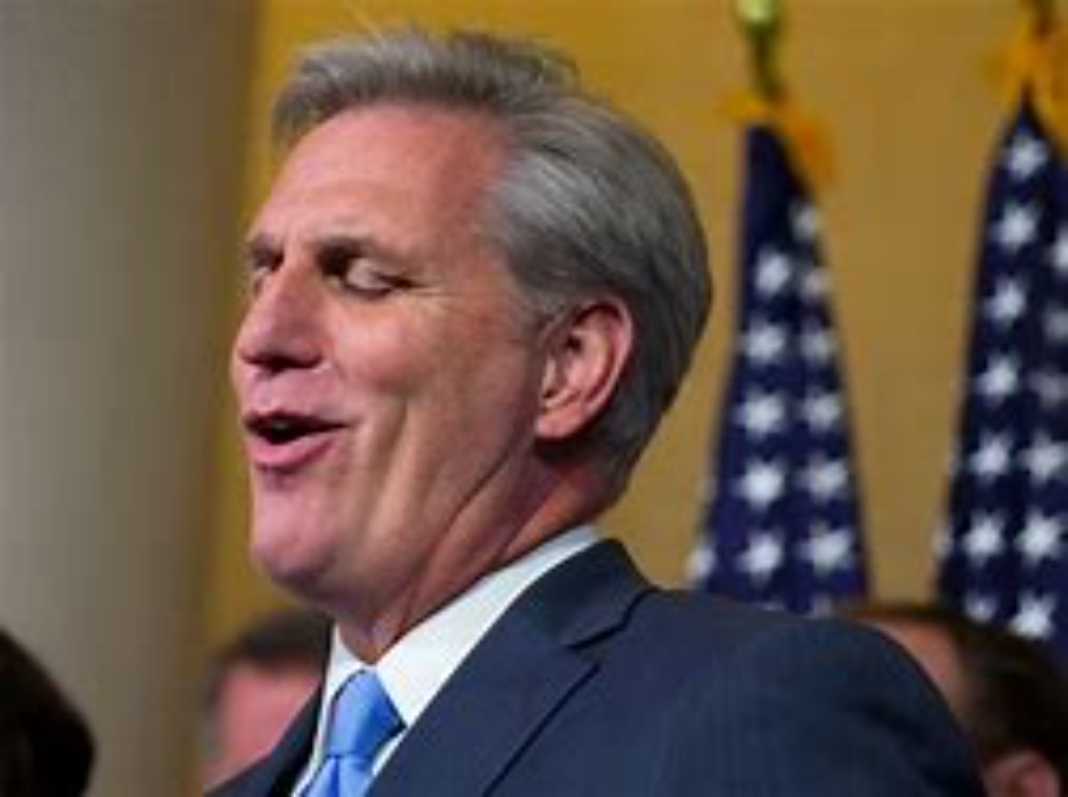 Well, this will certainly get liberals riled up.

During a GOP fundraising dinner in Nashville, TN, Kevin McCarthy was gifted this massive gavel, which had the words “Fire Pelosi” engraved on it.

Well, after receiving the gift, McCarthy joked that it would be hard not to hit Pelosi with it and of course, liberals are absolutely losing their minds, claiming that McCarthy was threatening violence.

Now the left is demanding that McCarthy actually step down for making the joke.

Democrats cried foul over the reported joke, with some even calling for McCarthy’s resignation.

Rep. Eric Swalwell called the Republican a “would-be assailant” of the speaker.

“America has suffered enough violence around politics,” the congressman tweeted. “@GOPLeader McCarthy is now a would-be assailant of @SpeakerPelosi. He needs to resign.”

“Dear @GOPLeader McCarthy,” tweeted Rep. Ted Lieu. “Don’t you think America has had enough political violence? You should never be encouraging or threatening or joking about causing violence to anyone, including the Speaker of the House. You need to apologize for your statement, or resign.”

My goodness…it was a joke, people.

Of course, the left will literally grasp at anything in order to improve their prospects going into 2022, and if that means taking out McCarthy for making a joke, then so be it.